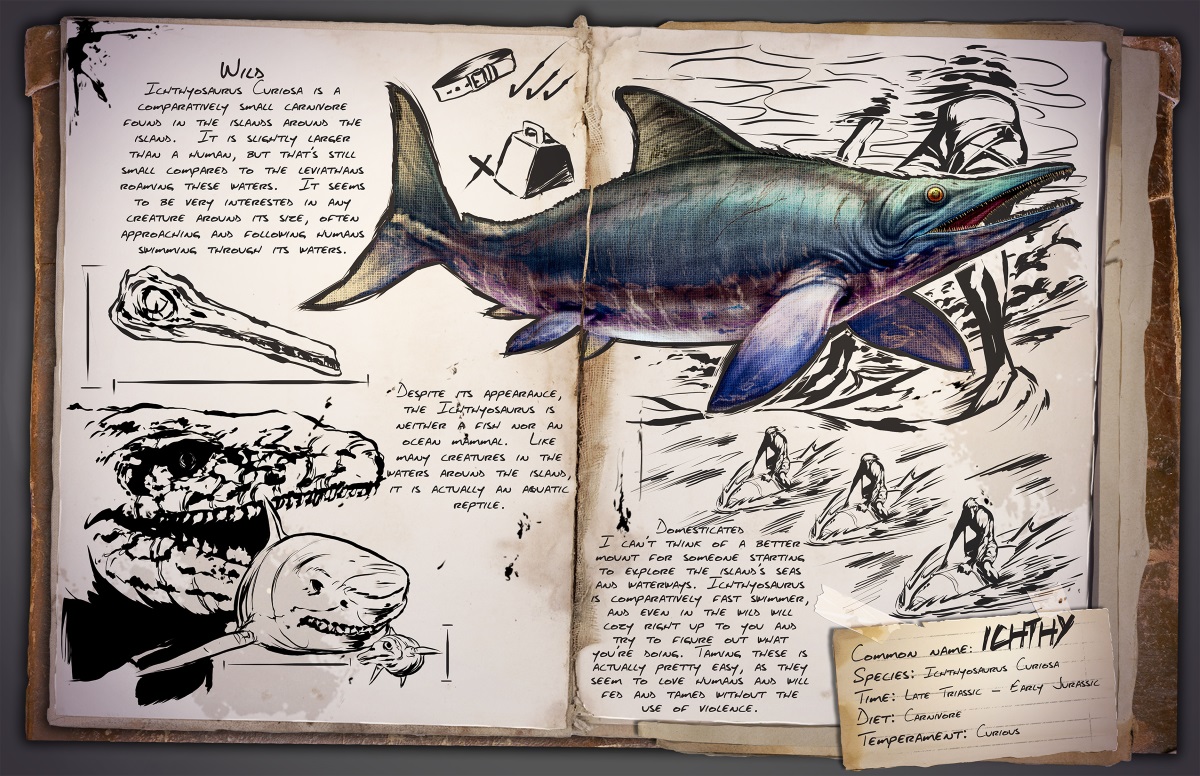 Studio Wildcard announced today that the open-world survival game ARK: Survival Evolved is available now for Mac and Linux on Steam Early Access, and is among the first large-scale Unreal Engine 4 games released for these new platforms. The Mac and Linux versions share all of the features and content of the PC game and include seamless cross-play no matter which platform survivors choose. ARK players can dive into the dynamic island ecosystem where they craft weapons and tools, build multi-story houses, commune with other tribes, as well as tame, train, and ride dinosaurs from the vicious T-Rex to the monstrous Spinosaurus and soaring Pterodactyls.

Today two new oceanic dinosaurs have also been released on ARK – Plesiosaurus and Ichthysaurus join the 70-plus dinosaurs available at launch. Much like the Brontosaurus on land, Plesiosaurus is an excellent beast used to transport large quantities of goods across water. These powerful creatures are so large that they can be used as mobile water bases. Ambitious tribes can build bunkers right onto the backs of Plesiosaurus instead of building cargo ships. Ichthy is a speedy ocean-mount for rapidly exploring the seas and waterways around the island.It is a comparatively fast, agile swimmer with a friendly curiosity much like a modern-day dolphin.