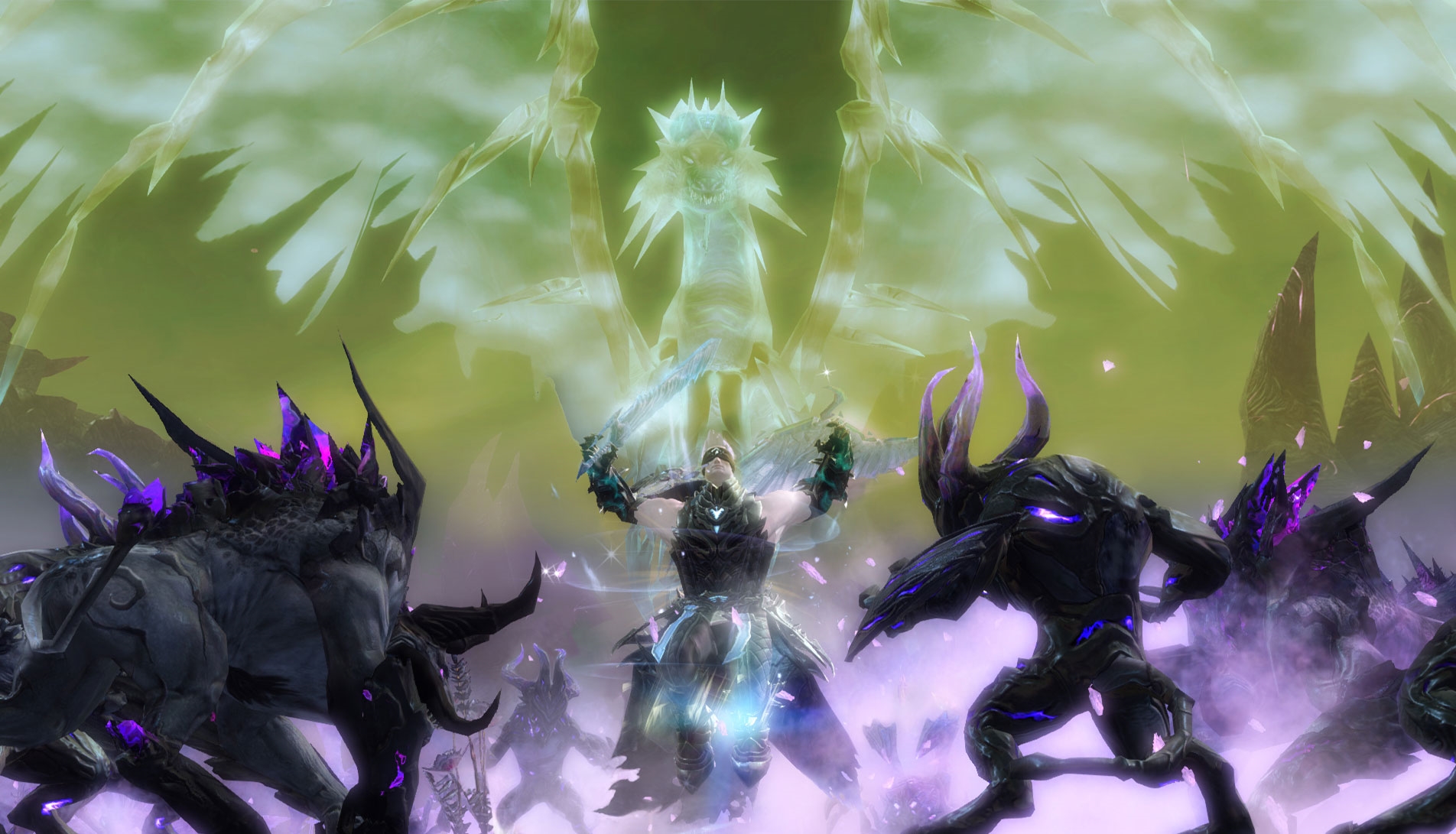 When ArenaNet announced Guild Wars 2: Heart of Thorns, fans quickly embraced the introduction of the new profession, the revenant, as one of the most exciting new features coming with the expansion.

Today, ArenaNet is finally revealing the elite specialization for the revenant.  Meet the herald.

The revenant is introduced into Tyrian lore with the return of Rytlock, who emerges after disappearing into the mists with the ability to channel powers from legends of Guild Wars lore. The revenant’s elite specialization fittingly taps into the powers of Tyria’s legendary dragon, Glint.

In the original Guild Wars campaign where players met Glint, they had to fight the six facets of dragon before reaching her. The herald adds skills to the revenant that represent all six of these facets. It also gives the revenant a shield with skills that provide healing and boons, along with a new Legendary Dragon Stance. Summed up, the herald is a support build which utilizes boons, utility and defence skills to protect allies and dominate enemies.

In addition to revealing the herald, ArenaNet is releasing details behind the revenant’s underwater combat weapons and abilities for the first time. Details for both are in a new blog post written by game designer Roy Cronacher, which you can read here.

As an added treat, Cronacher will join host Rubi Bayer for the first in-game look at the herald and the revenant’s underwater combat on this week’s episode of Points of Interest airing this Friday, August 14 at 12 p.m. PDT on the official Guild Wars 2 Twitch channel.