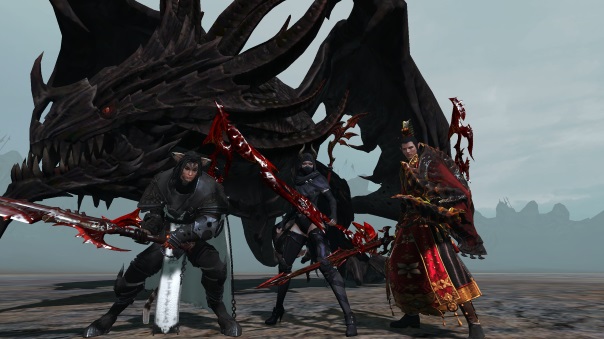 The heroes of Erenor have a new challenge to deal with in the form of a terrifying world boss, as ArcheAge launches its latest update. In the Karkasse Ridgeland, the legends of the Red Dragon are proven to not be old wives tales. Though it is a challenge enough on its own to deal with, the peace has been shattered by the Black Dragon. The different factions, Nui, Haranya, and Pirates have to defend Erenor against the dark beast. If the players succeed in defeating this mighty foe, the ruthless PvP battle for its treasures commences.

The Black Dragon is also not threatened by Harpoons either. Heroes will have to use teamwork and their own skills to defeat it. The winners will also have a chance at new Black Dragon weapons, which can also be obtained by awakening the Tier 2 Red Dragon weapons.