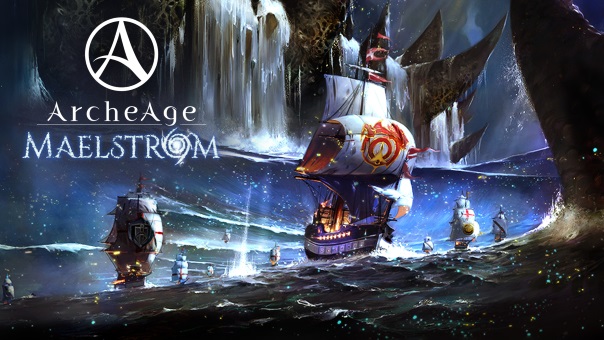 The 4.0 update for ArcheAge has a launch date and a title: Maelstrom is the next major update for the title by Trion Worlds and is scheduled for a December 6th release. Bloodsalt Bay is the location of a new 20-player battleground, and is also the home of the game’s first PVP Naval Arena! Your crew of five sail into the waters of Bloodsalt Bay to face off against monsters and other horrors from beneath the waves. At the same time, three other crews are fighting to do the exact same! Sow the seeds of fear at the very mention of your name in all-new cross-server arenas! Earn bounty galore as the reward for dominion over the seas. Players can also look forward to a simplification/improvement to the Lunagem system as well as an all-new open-world raid finder: The Raid Recruitment Board. This allows players to find groups for adventures whenever they want! For some of the greater challenges, players can also link two raids for better coordination. Crafting will see key improvements as well, as a new crafting quest line teaches less experienced players several ways to dive into the crafting system. A new crafting interface will also let players discover the range of items they can create and allows for easier searching. Specialize in one skill or several; the choice is yours!