During the last Closed Beta event for ArcheAge, I created a small guide to the various sea-vessels within the game. This was because of the “Setting Sail” theme of the beta event. This time, the theme of the beta event is “Blood & Bounty” and as such, I’ve decided to throw together a bit of a guide on the various forms of PVP within the game. While this will not be the be-all-end-all guide to PVP in the game, it may help you decide if the PVP options currently in the game are what you’re looking for. Anyways, thanks for reading and don’t be afraid to ask questions in the comments. 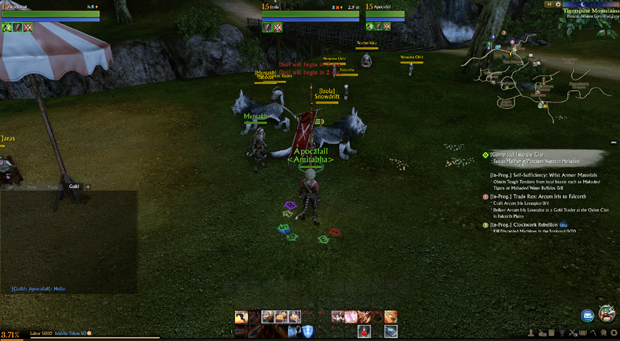 First and foremost, let’s discuss the most basic type of PVP in any MMO: Dueling. Just about every MMO currently has this feature. It’s a simple 1v1 battle testing your skill, twitch reflexes, and knowledge of your opponent’s tactics. Both parties must accept for the duel to initiate, and no one dies. You lose when your health points reach zero. Luckily, the game keeps you alive, but you will have to regenerate your health manually.

Next up is the Open World PVP. Some people love it, others hate it. Simply put, this is PVP that you have no say in when it comes to whether or not you participate. Of course, you can try to avoid it as much as possible – and there are plenty of ways to do that within ArcheAge. There are, however, zones where the only way to avoid PVP is to play a game of high stakes hide-and-seek. 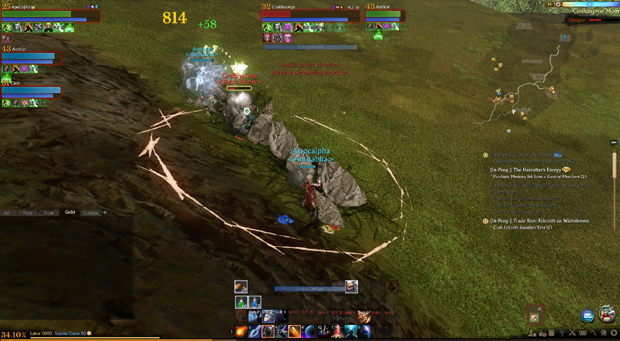 I had a blast while being an ass with my guildies Anthrar and Cirth, killing people trying to quests. Of course, they put together a lynch mob of twelve+ people to hunt us down, which was also fun.

Almost everyone will come into contact with Open World PVP when they play ArcheAge. This is mostly because there are several questing zones that also act as “Warzones,” where either faction can attack each other, as well as players of the same faction. These zones do have the occasional “peace period” but this is a relatively short break between the standard endless hostilities racking each zone. 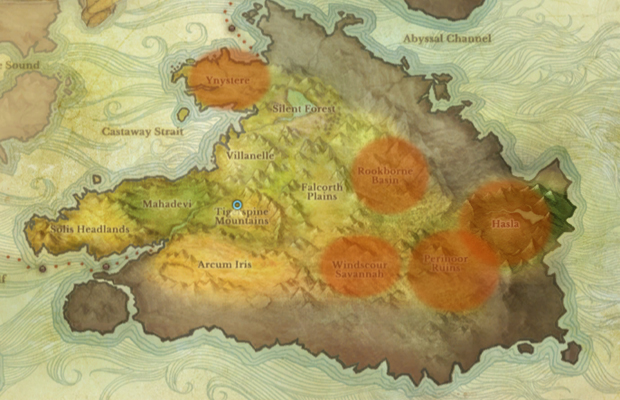 The war zones are represented in red on the over-map. The ocean is one giant war zone, by the way. And there is no peace.

There are also some Open World PVP events, such as the one in Halcyona. In the event, the two sides partake in a sort of capture-the-flag/siege battle. The major reason most people participate is for access to items such as a very good necklace. Once you’re in your 40’s or reach max level, it can be the source of a lot of PVP fun. If you watch any ArcheAge streamers on Twitch, you’ll often see them doing the event when it’s active.

There are two types of arenas available in ArcheAge. There is the level 50+ 1v1 Gladiator Arena and there is the level 45+ 5v5 arena. Right now, the general consensus is that matchmaking in ArcheAge is fairly poor. This is because you will simply be put up against whoever is queued – there is no balancing or attempts to make sure your opponent is on the same level as you in terms of gear or ranking. The winner is whoever reaches two wins first. 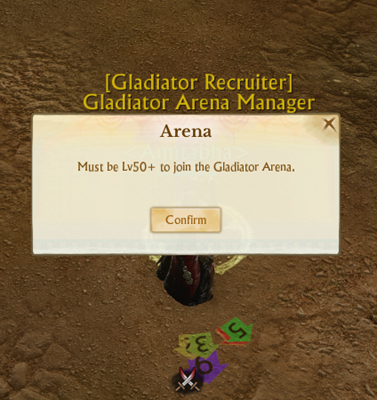 It’s even worse in the 5v5 arena, as you’ll sometimes be given uneven teams, with your team missing a few members while the other team has some hardcore elites. What’s worse is that when someone of the opposing faction is put on your team, you can throw communication out the window unless you’ve learned their language. Every so often you’ll come up against good matching in five versus five, but those times are far and few between. The goal of the match is to attack the enemies’ crystal while protecting your own. 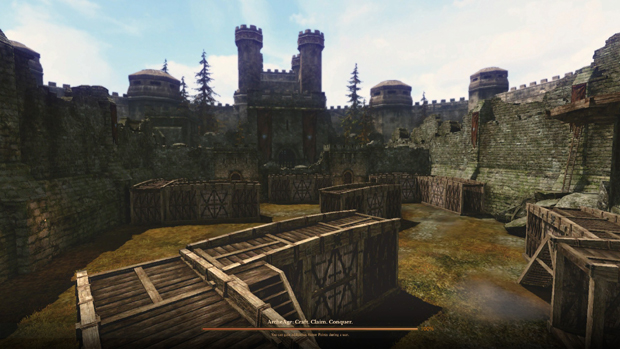 Last up, I’ll discuss sieges. This is something I don’t have much experience with. I only have what I’ve read, plus what I’ve seen on various livestreams. The end goal of a siege is to either successfully defend your claim crystal, or successfully take down the claim crystal. It depends on whether you’re the attacker or the defender. 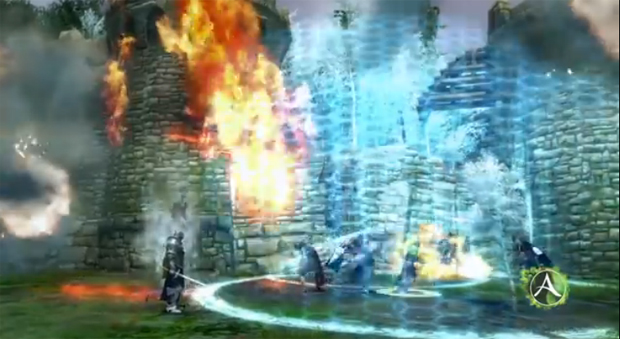 These are just screenshots from official ArcheAge streams/trailers.

From what I’ve been able to find out, sieges are an instanced affair, where only a certain number of people per side are allowed to participate. So that means if you’re a zerg guild, it won’t matter so much. In order to initiate a siege, the attackers must place down a special item (however, I’ve also been told that it’s a bidding that takes place between potential attackers). I believe that the sieges are always held on Sunday at (for now) 5PM EST. The attackers also get a sort of siege camp where they cannot be attacked. From what I saw, this camp was a bit closer than I would think is balanced, as it allowed for a tactic of going back and forth very quickly, which is kind of broken in my opinion. But, as I have yet to participate in a siege myself, I can’t speak from experience. 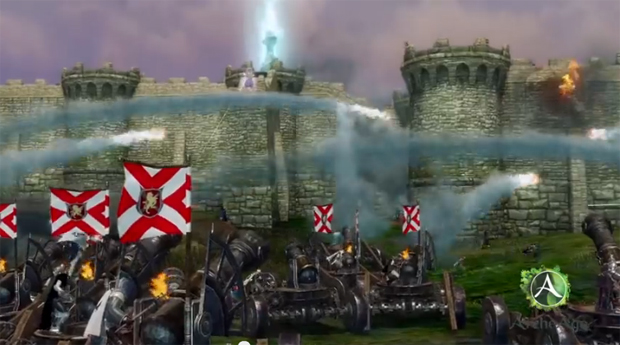 Siege equipment, such as tanks, can be used. But, it looked like it was quite possible for the attacker to take down walls without using them. To date, I’ve witnessed two sieges. One was between two large guilds that didn’t quite have a grasp on the tactics or mechanics of the game. The other was with an attacking guild that knew exactly what they were doing. The first was a bit of a mess, but the second was a very organized affair, making use of the game mechanics to their fullest – including that back-and-forth tactic I mentioned.

ArcheAge is a game that has all types of PVP from simple dueling to large fifty versus fifty sieges. Of course, some areas need a bit of work, but it’s an MMO and development won’t stop as long as the game is profitable. My personal favorite is the Open World PVP as, to me, it just never gets old. Anyways, if you’re a PVPer, there is plenty of opportunity for you within ArcheAge!