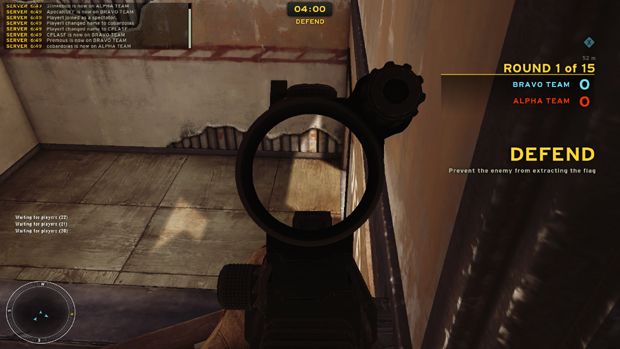 America’s Army: Proving Grounds is the next installment in the America’s Army franchise, which is developed and published by the actual U.S. Army. It is available on Steam and, like all previous versions of the game, is completely free. Proving Grounds is aimed to be a small-squad focused experience with 6v6 and 12v12 matches taking place in urban environments. As you might imagine, a platform that has been used to train actual soldiers in virtual environments has a lot of realism in it, and you’ll be going down with one or two shots if you’re not careful. It is this focus on communication, tactics, and realism along with the completely and truly free to play model that has given the America’s Army series a great amount of respect in the FPS community.

At the start of each round you are able to choose from all the available weapons and equipment. Currently, that is all the customization that is offered, but more may be available in the future. There is an advancement system in the game, but I do not yet know if this will be used to unlock unique looks, weapons, or other equipment. I do know, however, that everything put in the game will be available to everyone at no charge, which is quite nice. Normally, in 2013, I would expect quite a lot of customization available, even in an FPS, but I can’t quite complain as this game is completely free and I honestly don’t care to paint my guns or make my character look like a clown. 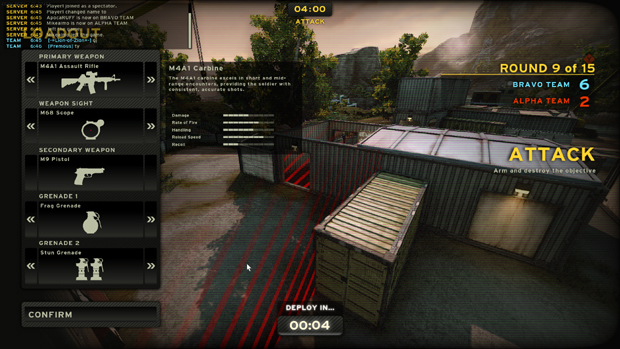 The graphics in America’s Army: Proving Grounds is a nice step-up from America’s Army 3, which was already nice to begin with. The higher quality textures make a huge difference, especially when added with the nice smoke and light affects. Don’t get me wrong, the graphics aren’t as impressive as a title like Battlefield 3 (or 4), but they are more than decent for a free to play game. The urban maps that are available are well designed and are interesting to explore. Part of the fun of Proving Grounds is learning all the ins-and-outs of the maps to find the perfect spots to snipe or ambush the enemy team. 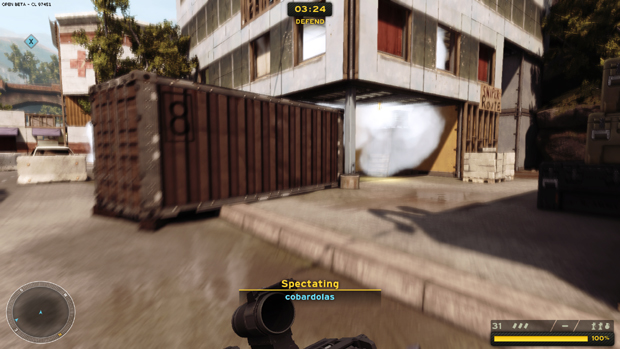 The controls in Proving Grounds are your standard FPS control scheme. WASD to move, left mouse button to shoot, right mouse button to aim, G for granade, C for crouch, etc… If you’ve played any other FPS ever, you will pick up these controls very fast. There are some nice intuitive effects that have been added. For example, if you sprint and then press C, you will slide into a crouch, making your escape to cover much quicker and safer. This is something that came naturally and I made a lot of use of it. Overall I am very pleased with the controls.

I’m a bit mixed here. Generally, at least with my experience with past America’s Army games, AA tends to attract more mature audiences. However, with the new CoD-generation of FPS gamers joining into a mixing pot with F2P Steam users, a branch of younger gamers are starting to flow in with much more offensive demeaners. For example, in the very first game I joined, I immediately heard someone who sounded somewhere between the ages of twelve and fourteen cursing out one of their team members because they didn’t perform as well as they thought they should, despite the person doing the yelling having died quite a bit earlier and had essentially done more towards the team losing than the person being yelled at. However, I did find that most of the people in the match were mature and were more focused on working together to complete the objective than playing the blame game.

America’s Army: Proving Grounds is a fairly standard FPS experience, but with a more tactical twist. As I’ve said earlier in the review, you’ll be working with your teammates more than you would in similar titles. Lone Wolfing is a quick trip to being taken out of the game, and working together is the key to success. The two biggest factors that play into creating this tactical and cooperative experience are the built-in voice communication and the fact that you do not die immediately after you are taken down. You can still be revived by your teammates, or ‘secured’ by the enemy to take you completely out of the round.

The maps have been designed for tactics to come into play with every turn. You won’t get far if you try to just run at the enemy team with your assault rifle. You won’t be jumping around and shooting, either. No, if you want to do well you will need to go slow, use cover and be smart about what you do. Taking care to make sure you aren’t making too much noise or exposing a part of your body to an enemy sniper. At the same time, you will be communicating with your team to coordinate your attacks, reviving those that fall so they can stay in the round and continue to help you, and securing your enemies so they won’t be able to come back and bite you in the butt when you least expect it. 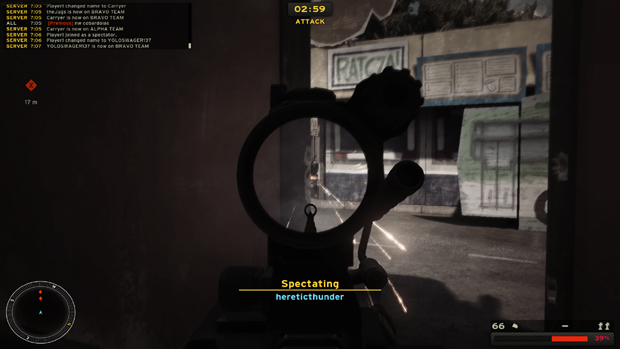 Game modes are pretty simple. Essentially it comes down to capturing something or taking down and securing the whole enemy team. My favorite game mode was a variation of Capture the Flag, which Proving Grounds has given a few unique twists. As a result, it felt a lot more tactical than what I was used to from other FPS with CTF. I’m used to just going for a mad rush at the flag and then trying to get out ASAP. That won’t work here, fortunately. 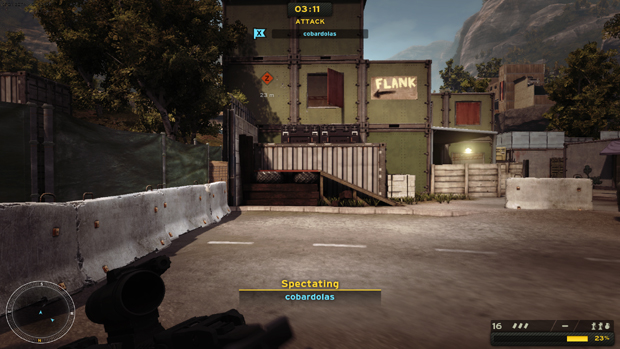 Realism is important to the folks in the U.S. Army, or at least I get the impression. Combat and situational awareness is probably the most important thing to learn. The sounds of enemy gunfire or footsteps, the muzzle flare when someone shoots, or using smoke screens and flashbangs are all important. You will go down with one or two shots in most cases, so you have to be extremely careful with where you go. You might think it’s OK to sprint across a room with a large window, but more likely than not you’ll get sniped, or alert enemies to where you are so they can ambush you around the next bend. 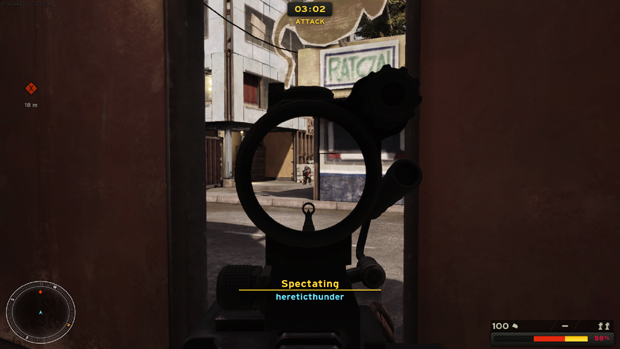 America’s Army: Proving Grounds is shaping up to be a very fun FPS. The fact that it is completely free to play is a major plus, especially when you consider the quality you’re getting. There won’t be any cash shops for you to waste your money on, only a fair environment where you can test your skills. The tactical gameplay is a refreshing change from the usual mindless twitch-fest that most FPS games have become, too. If you’re looking for a modern tactical FPS, fire up Steam and download America’s Army: Proving Grounds today and you won’t be disappointed.