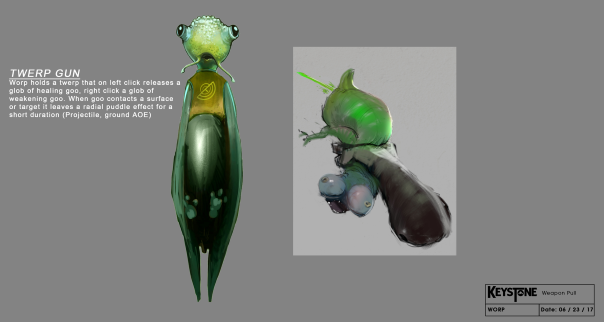 The Amazing Eternals development team just launched its first Devstream, revealing new information and details on the game’s direction and upcoming new content. In celebration, we have more closed beta keys, which you can grab for yourself here!

The TAE team has brought back Niia, a sharpshooting cowgirl wielding a bow, along with her Western-themed map, Odona. Now a new Eternal has been revealed – Worp. Worp is an interdimensional traveler and support player. Worp uses “Twerps” as weapons, which he squeezes to shoot at enemies and allies alike to coat with deadly or useful substances.

More details revealed in a press release include:

Remember – you can grab a closed beta key now from our giveaway!