Players familiar with Daeva’s Day, the annual Aion in-game celebration designed to commemorate Aion’s yearly anniversary, will welcome back fun activities designed to bring to life the anniversary in-game, allowing players to celebrate the milestone as well. During the course of the event, players will be treated to giant cakes providing special buffs that increase drop rate by 10%, double global item drop rates (which stackes with the cake buff), and on September 22, the actual date of the Anniversary, GMs will be available in-game providing more buffs and general merriment. 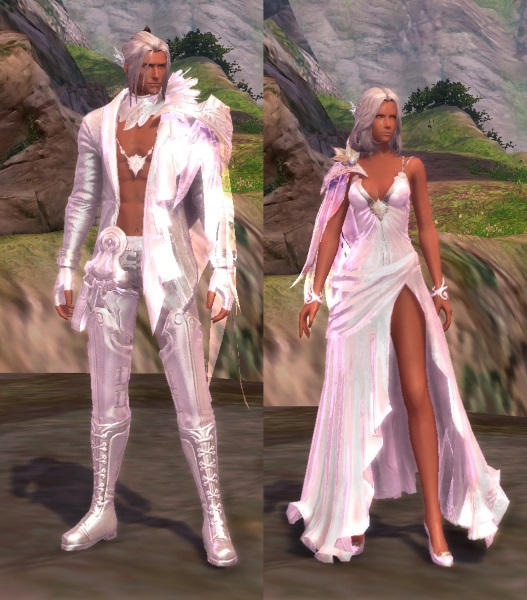 But come dressed to impress. Aion players will be able to do just that with the introduction of the Dazzling Daevanion armor, a special set of armor with some unique stats. Donning the Dazzling Daevanion armor, equippable at level 10, provides level 50-60 stats and set bonuses! Players level 10 can participate in this special deal once per account during the anniversary celebration for the promotional price of 1 NCOIN.

NCSoft is also running daily contests on their social media pages (Twitter and Facebook), and has released a 5th anniversary video that hints not only of the past, but the future.