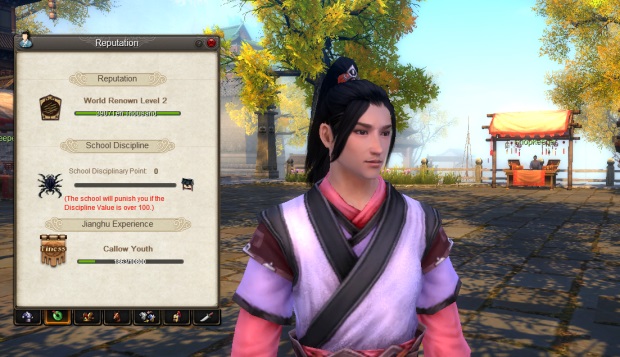 To give readers even more of a glimpse at the upcoming content, the Age of Wushu team has released new details and assets highlighting the Jianghu Status System feature. Through this feature, players find a
new way to measure their relations among the world’s NPCs / Factions: Jianghu Experience. Further details on gaining experience and resulting rewards are as follows: 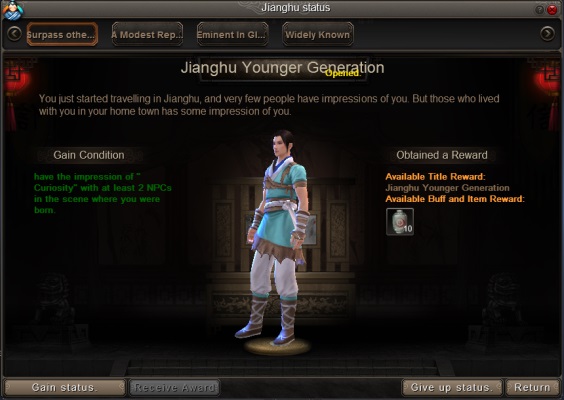 Changing NPC Relations – Improve or worsen your relationship with NPCs, both common and higher ranking, to increase Jianghu Experience 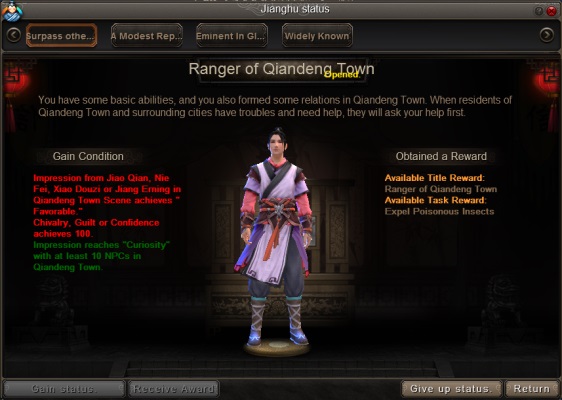 Unique Rewards – Build your Jianghu Experience to become renowned amongst your peers and earn: 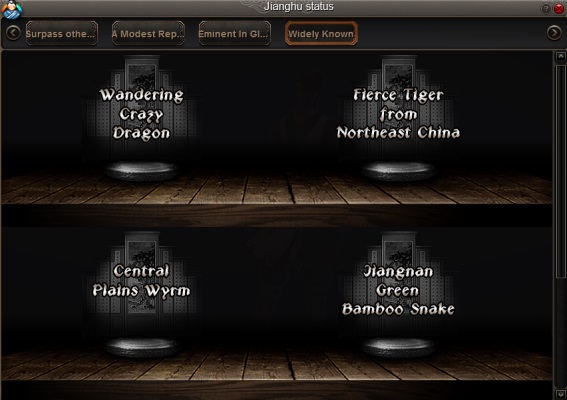 Please note that having enough Jianghu Experience is only the first step, however, as players must also meet the individual requirements for each NPC / Faction on the Jianghu Status screen. Conditions for
ordinary NPCs are relatively simple, while much more difficult for world-renowned NPCs and Factions (yielding far better rewards).