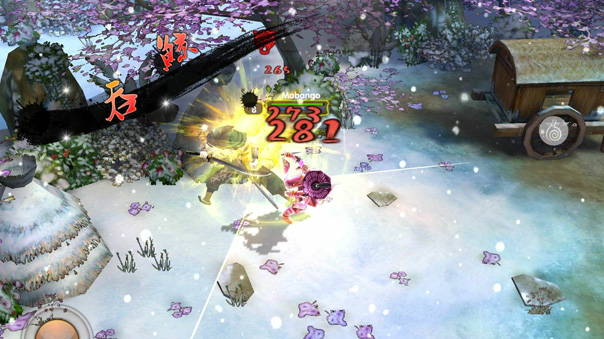 There is something that must be said for mobile ports of existing MMOS and well, it usually isn’t good things. It’s already expected that ports would often suck, and more often than not, be seen as a game dev company beating a dead horse.

However, there are some exceptions where the game devs would add a bit more something to said port. Making the port sometimes a better version of the original. Such is the case with Age of Wushu Dynasty. 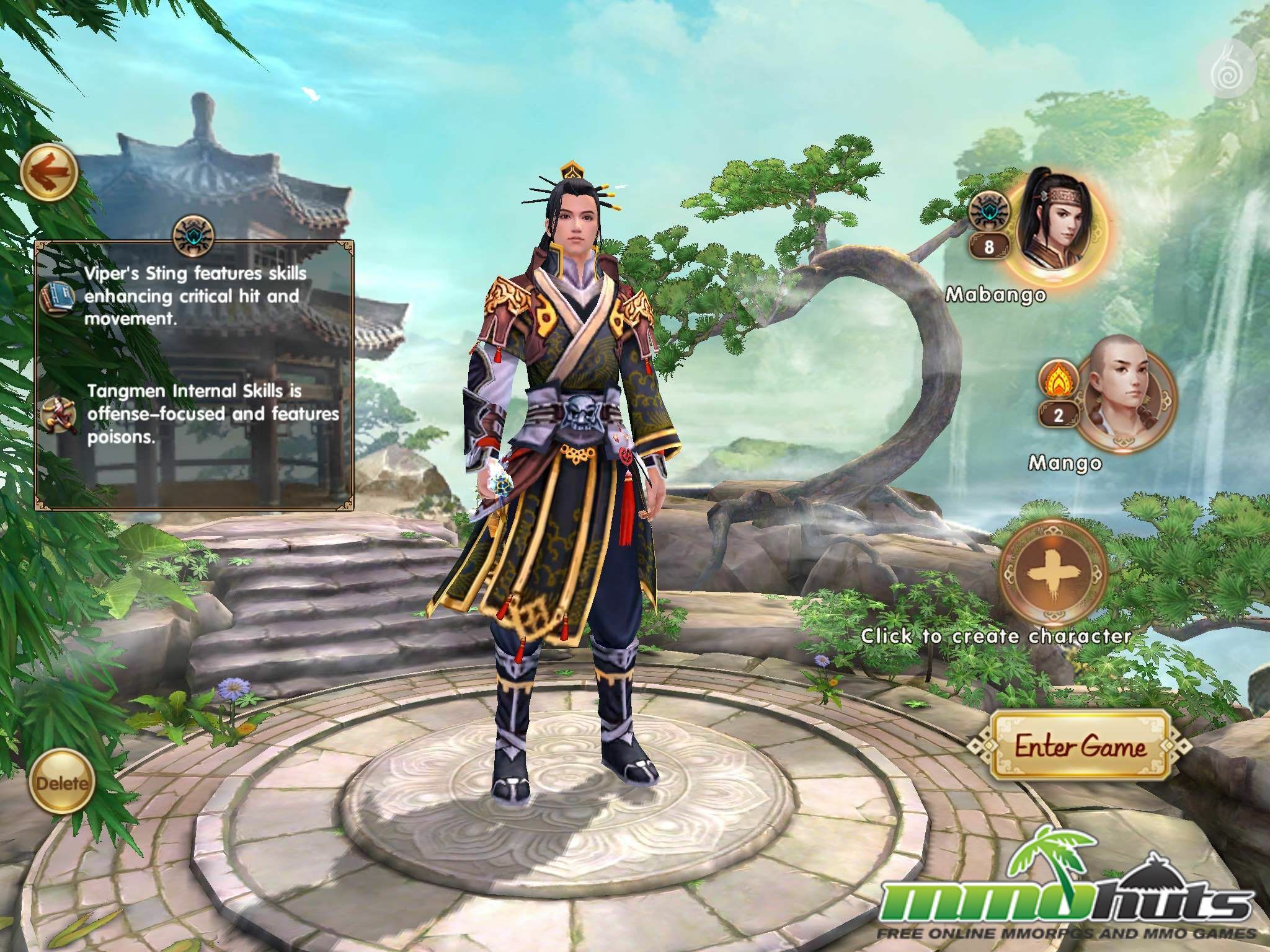 Physical character appearance is lacking. But given the default camera angle it doesn't matter much anyway.

Age of Wushu Dynasty, is the mobile port of Snail Games’ PC sandbox Wuxia MMORPG, Age of Wushu. It brings everything that was good with Age of Wushu and streamlined it for the mobile platform. We were given a chance to play around with the game on its first beta test and I must say I am really impressed with what Snail Games did.

First off, they cut down the schools you can join in the game. The original eight have been cut down to four. Expectedly, the character customization is also removed and you are just given a generic face for your character with a switch between genders on some classes and a choice between body build for all schools.

The game retains the skills-based character growth system. But Dynasty goes back to a normal MMO leveling system. The game’s skill system is still surprisingly robust and really hails back to what made Age of Wushu’s rock paper scissors combat so engaging. 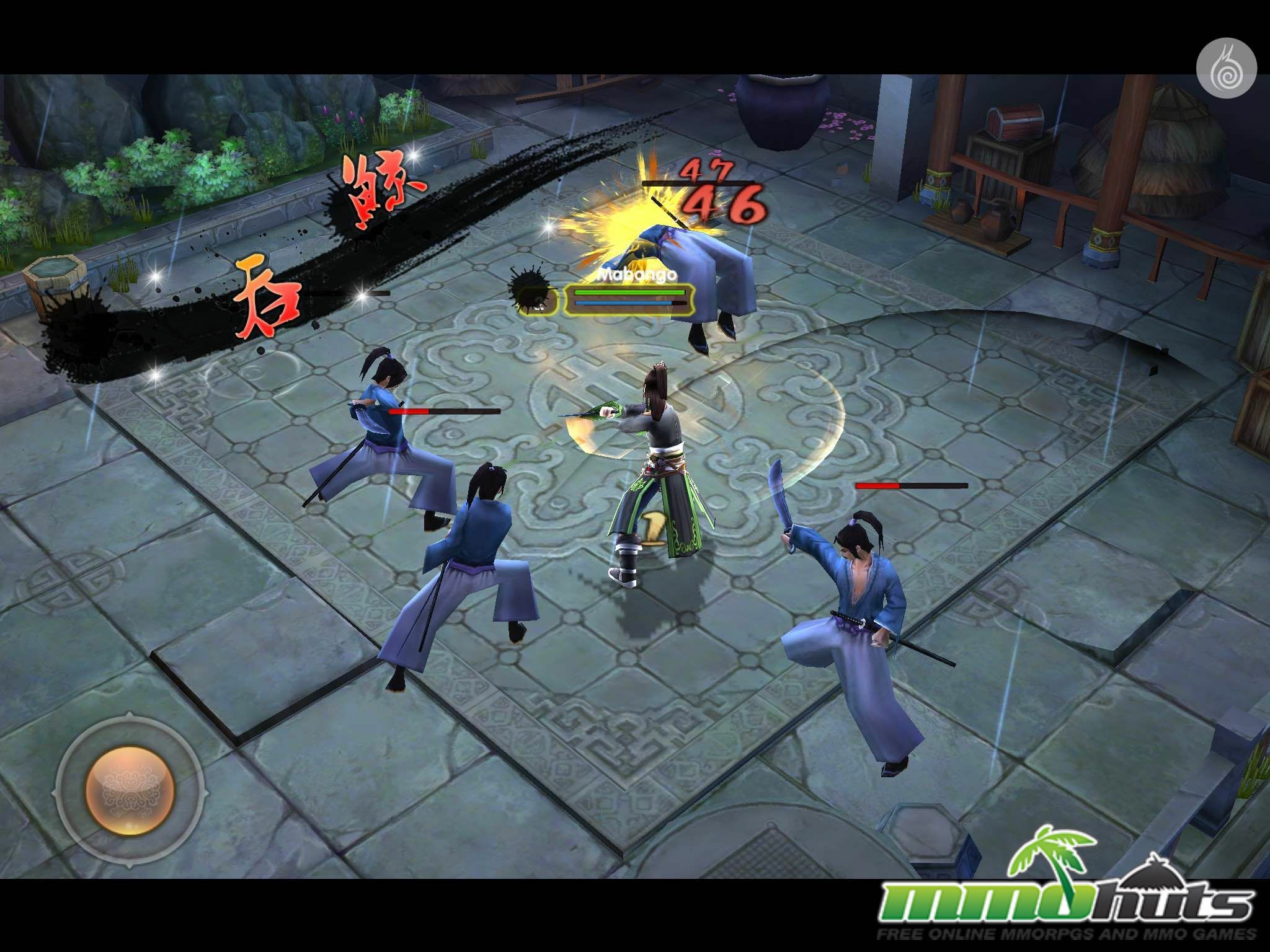 This game nails the Oriental setting. If you like it that's good. If not, well you'll be seeing a lot of it.

The game also retains its oriental theme down to a T. Though it’s still a toss-up sometimes if it’s good or not since there will be moments that you will get sick and tired of seeing the same lily pad pond as you progress through the game.

The game focuses more on social interaction with an easier and streamlined way of interacting with people, creation of teams, building of guilds and even PvPing.

Furthermore, Dynasty, just like other titles out now, allows automation of attacks, quest paths and even NPC interaction with just a tap of the screen. You will mostly be whisked away to areas without thinking, though players turned off by the concept can always manually travel where they want to go. 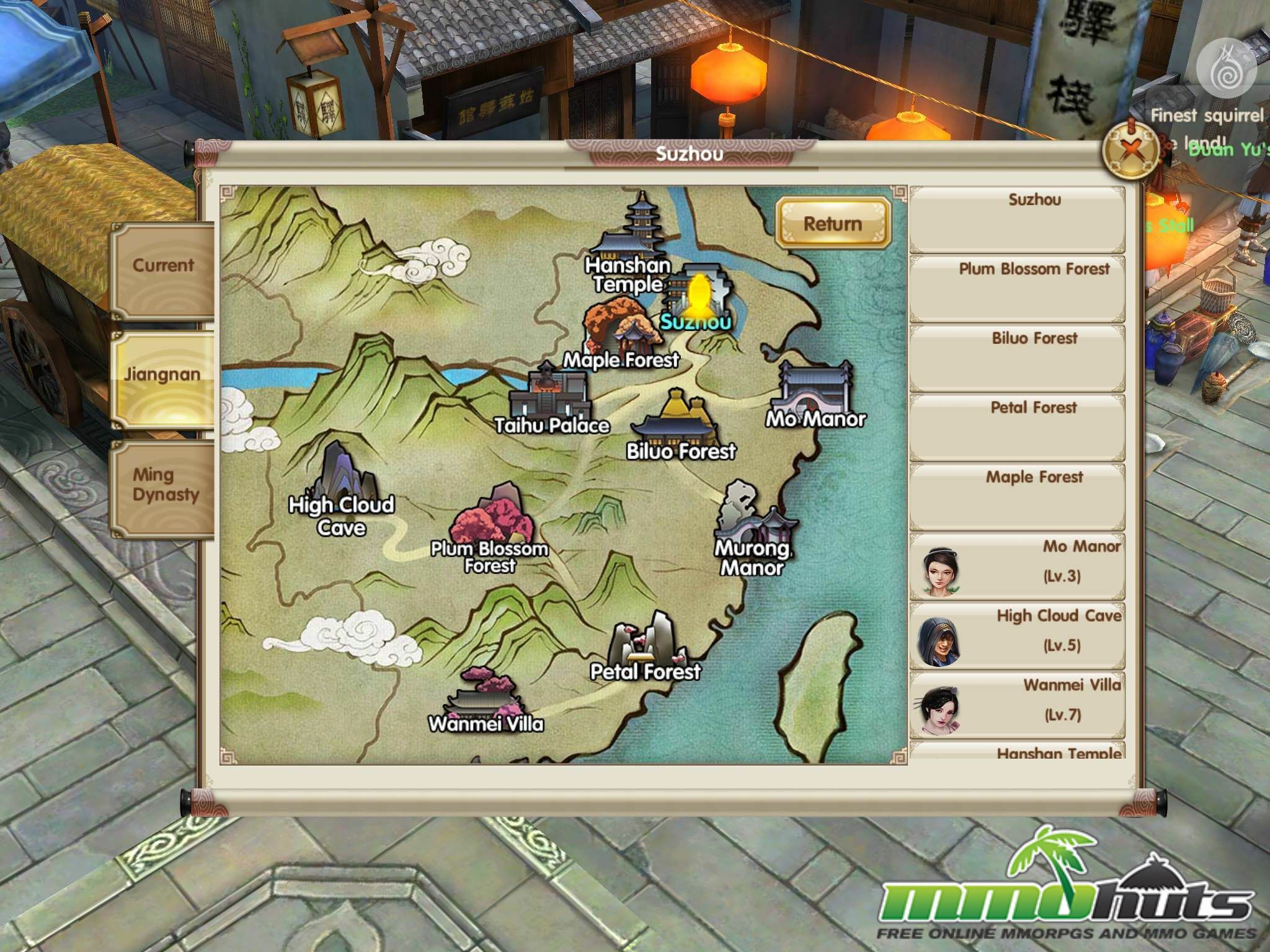 I'm normally against auto-play but with a world map this large, it comes in handy.

There are a few glaring problems that Dynasty has. First would be the default camera angle and the lack of any option to switch its angle as you travel through the world of Jianghu. Since the game is Oriental in nature, it should be expected that Chinese-themed structures tend to be a bit obstructive for just one angle. I really wished that they added that camera option to make those awkward travels and battles under the bloom tree arc and pagodas a bit easier to handle.

Another problem with the camera angle is more a predicted issue of what will happen when the game servers are opened to a worldwide audience. I am already expecting a really packed map. I mean sure you can switch channels if things get a bit too packed, but if the game really takes off you will be faced with a screen with tons of players logged in all at the same time, often blocking vision of paths or npcs you need to get through on smaller screens. 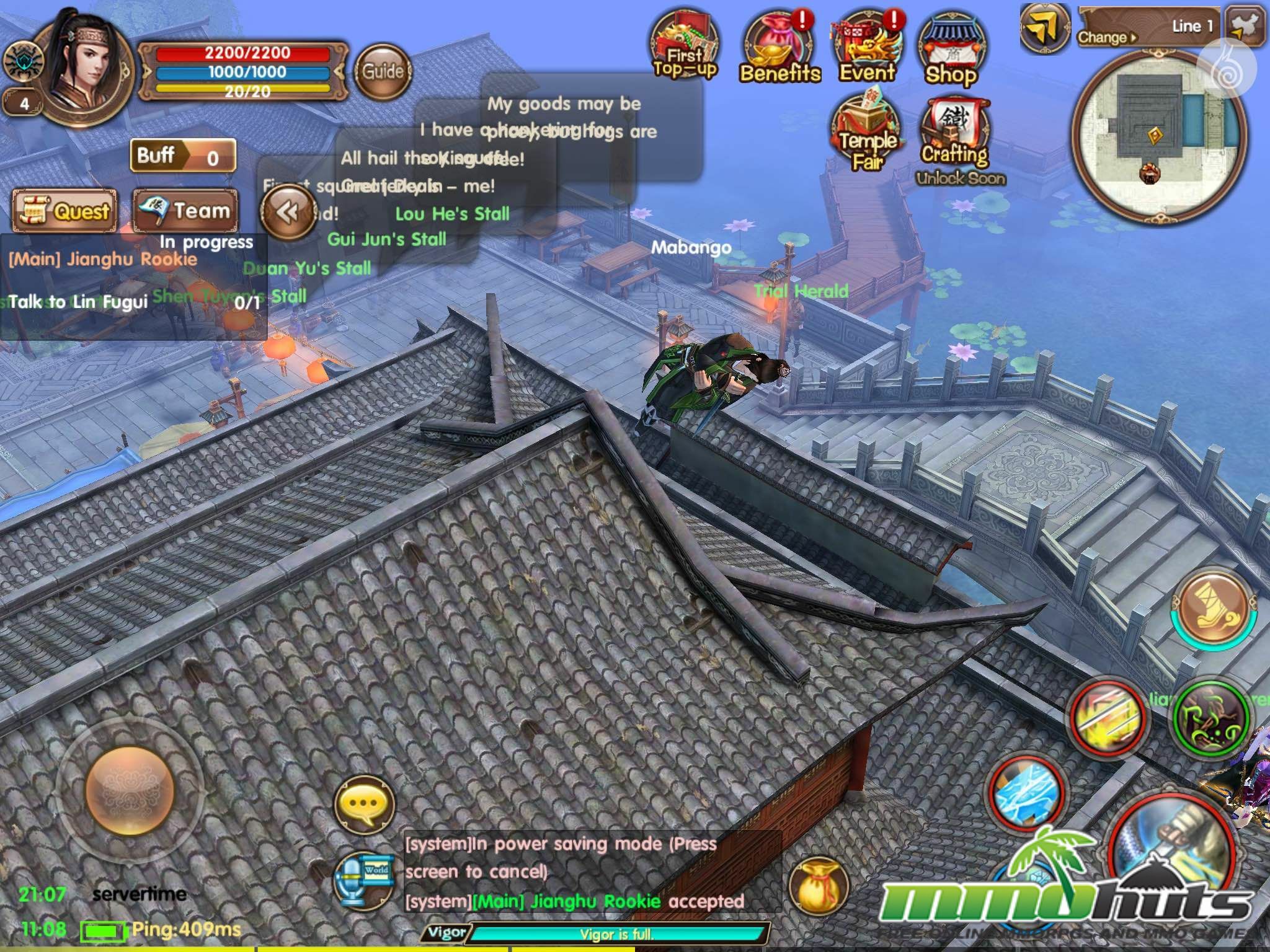 Another thing of note is the sometimes disjointed way the in-game text is made. I mean, it should be expected for Snail Games, but I really wish they could’ve done a bit better in this department. Dynasty brings a bit more to the storytelling experience with the cut-scenes and overall intrigue filled plot compared to the sandbox style original. However, the experience and feel is mangled by the disjointed text.

On the flipside however, Dynasty is truly a gorgeous game to play. The oriental theme, the clothes design, the Chinese inspired character and enemy mob design really pops out of the screen. The skills and those special attacks really look explosive, and there will be times it feels like you’re watching an Anime, or even watching a game version of Crouching Tiger, Hidden Dragon.

Character movements are elegant and I really like how the moves are consistent to real world or fictional martial-arts moves. Combos chain together smoothly as well, with jerky transitions between skills being a rare sight. The aerial attacks and moves remind you of old-school martial arts films sans the hammy acting. 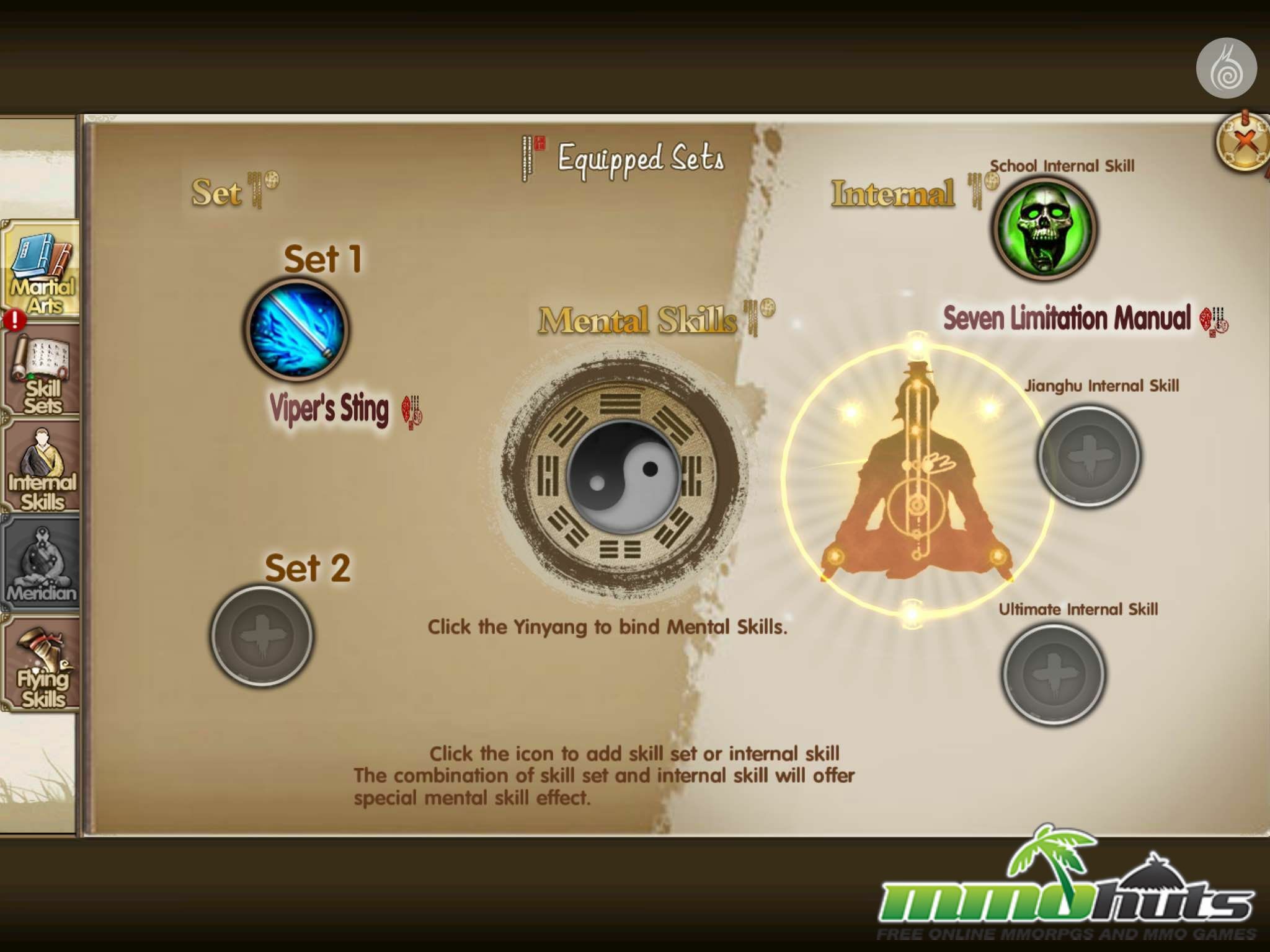 The skill system is hands down one of the best features in-game.

I know that I have been repeating myself in this review about how robust the skill system is. And truth be told, while it’s not really new to the Age of Wushu experience, it’s still hands-down better than what mobile MMORPGs are expected to offer in the current market. No one will question that a large amount of the design team’s energy was spent on perfecting this part of the game.

The game, which promotes you to focus on your chosen school skills, still allows you to dabble in other school’s skills and abilities. It just depends on what you want to do with your character and how cool you’d want to make them look. This decision is key in PvP but giving players the option to acquire trump card skills that their enemy won’t be expecting, while differentiating player builds at end-game. 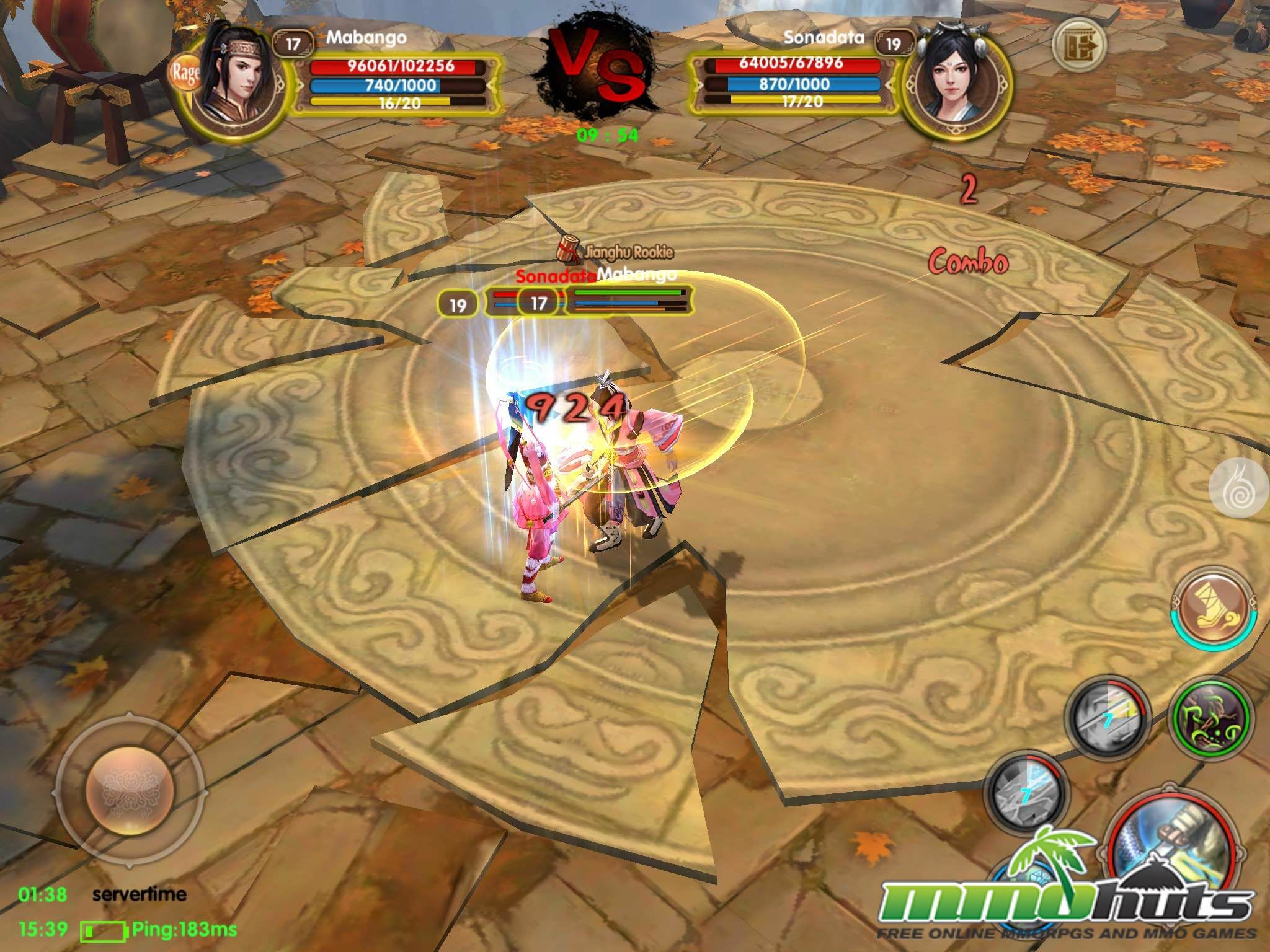 Gameplay is rough around the edges but the overall experience still stands tall above most mobile MMOs.

Overall, my experience with Dynasty is really exemplary. For a port, it’s really well made and I love that Snail Games was not afraid to cut things from the source material to make the game a stand-alone title. I also like that Dynasty was made so that it’s accessible to anyone without needing any prior Age of Wushu experience.

Age of Wushu Dynasty, is definitely one of those mobile titles that you can really look forward to especially if you think the current mobile MMO stock fails to impress you one bit. It’s easily accessible, easy to play and has a lot of replayability with the tons of features that opens up as you continue leveling up. If you have something to look forward to playing in the mobile platform, this game would be it.

The game is now in its second beta phase with a planned full release scheduled for sometime in January 2016.