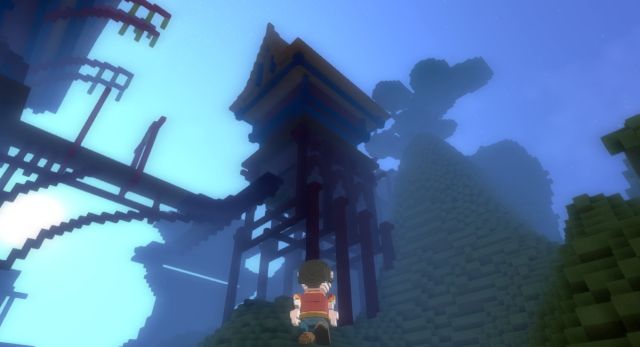 Happy L-Lord AB, the Swedish company behind the Adventure Box game, is attending the EGX REZZED gaming event in London 12-14 of March 2015. The company is allowing visitors to try out pre-views of both the Adventure Box Maker – which allows users to create and share their own web voxel games – as well as the first game made with the Maker, the companies own Role Playing Game (RPG) “The Rise of an Empire”.

The full Beta of the Adventure Box Maker will be launched on April 17th, this version will include the story creation steps that allow users to create and share their own Role Playing Games.

”For the first time ever anyone can create their own computer games! We are excited to have all EGX visitors try out our Adventure Box preview. The player can start by importing a world they made in Minecraft, and add buildings and characters to give the world life”, states Christopher Kingdon, CEO Happy Land-Lord.

The Rise of an Empire is a free-to-play RPG, made with Adventure Box. The world has been devoured by ancient darkness, and ruins are all that remain of a once great civilization. It is up to the player to purge these blighted lands and restore what was lost.