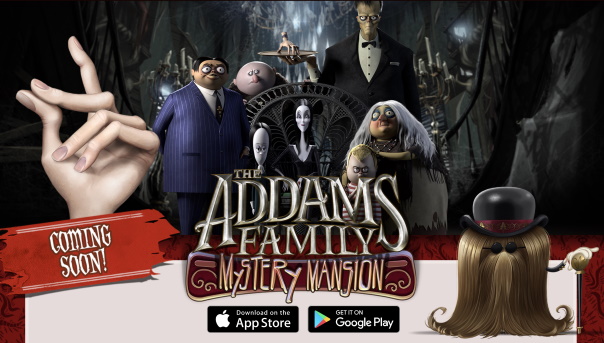 The mobile game, The Addams Family Mystery Mansion will be free to play title, with in-app purchases. In it, players will help Morticia and Gomez Addams to reunite the family and re-furnish their home. Players will collect their favorite characters from the upcoming movie The Addams Family as well as furnish and decorate the famous Addams Mansion.