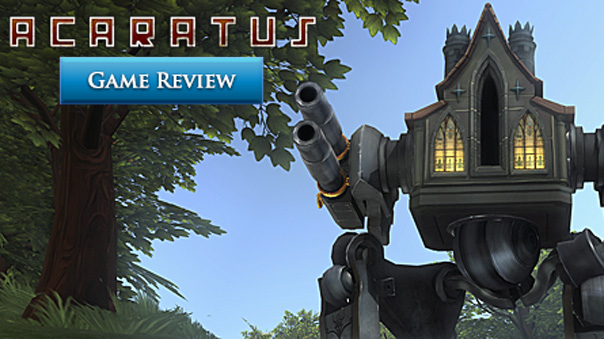 Ever since computers have gotten more technologically advanced, games also got a lot more action packed. The pace just keeps ramping up with every generation! And while the majority of the games previously were turn-based because that was simply all a computer or console was able to offer, we now see them less frequently. Nostalgia has a strange way of making things return though, and 2016/17 is beginning to see a turn back to the glory days of turn-based tactics games with big budget titles like Xcom 2 down to indie crowdfunded projects like Regalia: Of Men and Monarchs. But one way or another, game design has evolved big time since the golden age of tactics games, and whether designing for single player or multiplayer, today’s developers have much higher expectations on their shoulders. 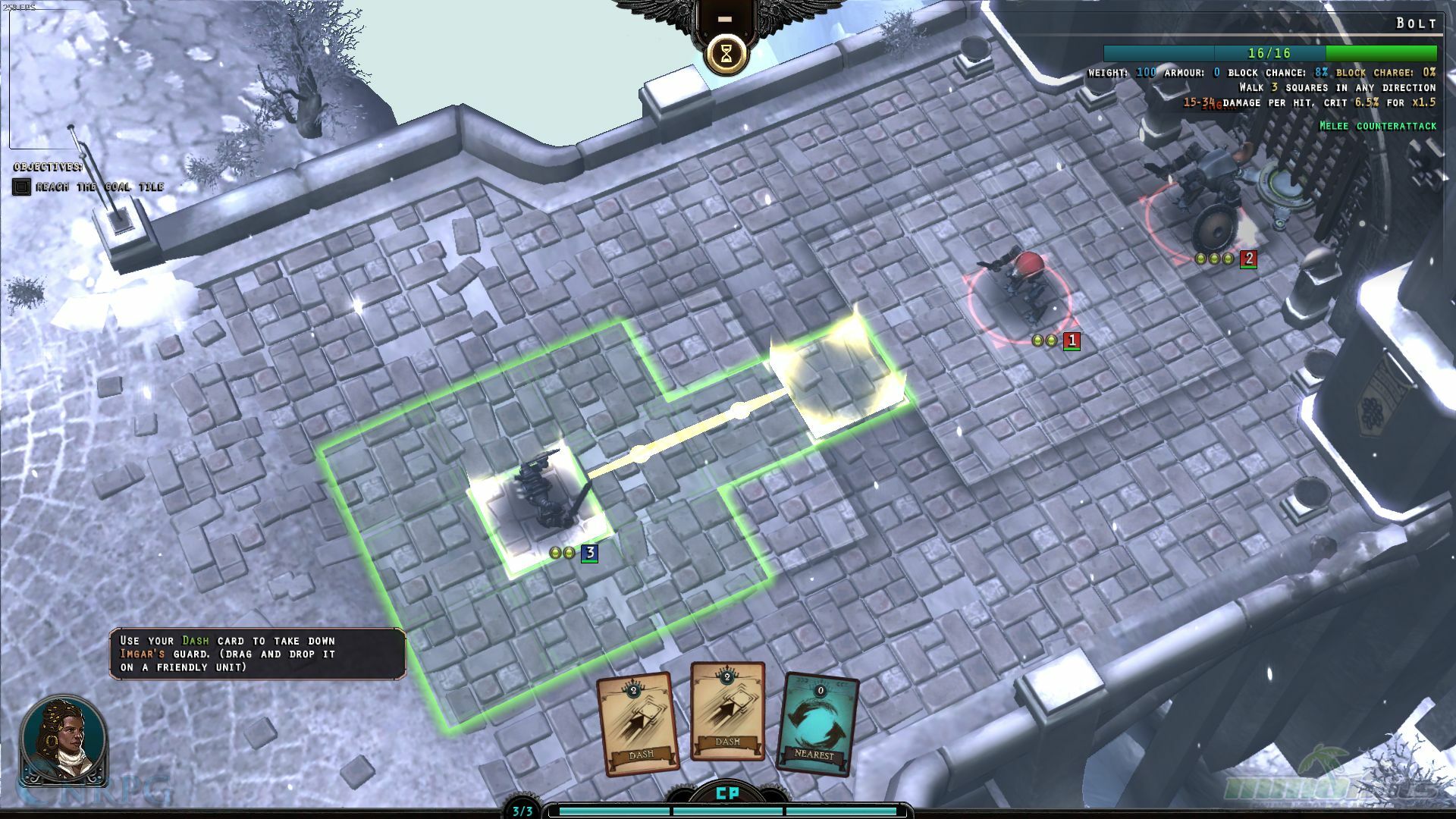 Acaratus is a turn based game set in a medieval steampunk setting where you transform scrap metal into parts for your mechs. You can build your own team of choice, specialized in either ranged, melee or a little inbetween, Acaratus really enables you to play with your own choices, and does this at a nice pace. Acaratus takes turn based games to a whole new level. Not because it’s different than any other turn based games, because it really isn’t. All the same elements we know are in place for it to be exactly like others, except the pace is quite different. And this usually was always my gripe with a lot of turn based games; you always had to wait a long time between steps, because either the interactions or animations were slow, or the computer took a while figuring out quality AI moves. But in Acaratus it doesn’t really feel like you spend a lot of time waiting. You fly through the battles, and they stay fun and engaging. 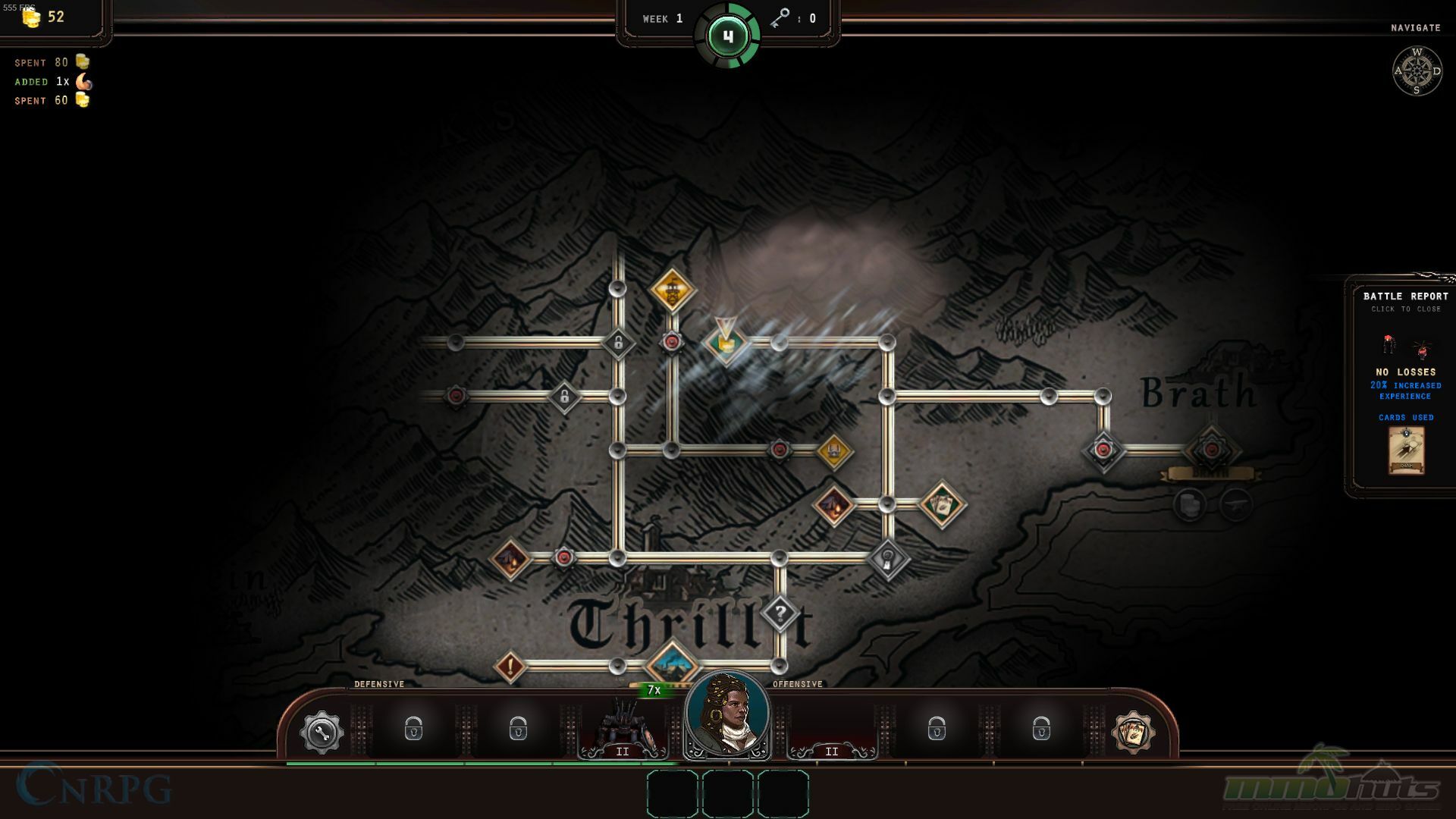 Right now Acaratus is still clearly in a state of early access; there simply isn’t enough content to keep you engaged for long. The single player throws you into an interesting story that slowly gets harder to follow after you fly through the chapters, but the challenge itself does change. Every story mode game you play feels different from each other. If you start over the story, you’ll still be in for some surprises as a bit of random generation seems in place to keep the maps and challenges changing up. Every layout of paths you can take, and what obstacles comes into your way are different. Sure it will be the same story, but the story isn’t the real focus of gameplay here. 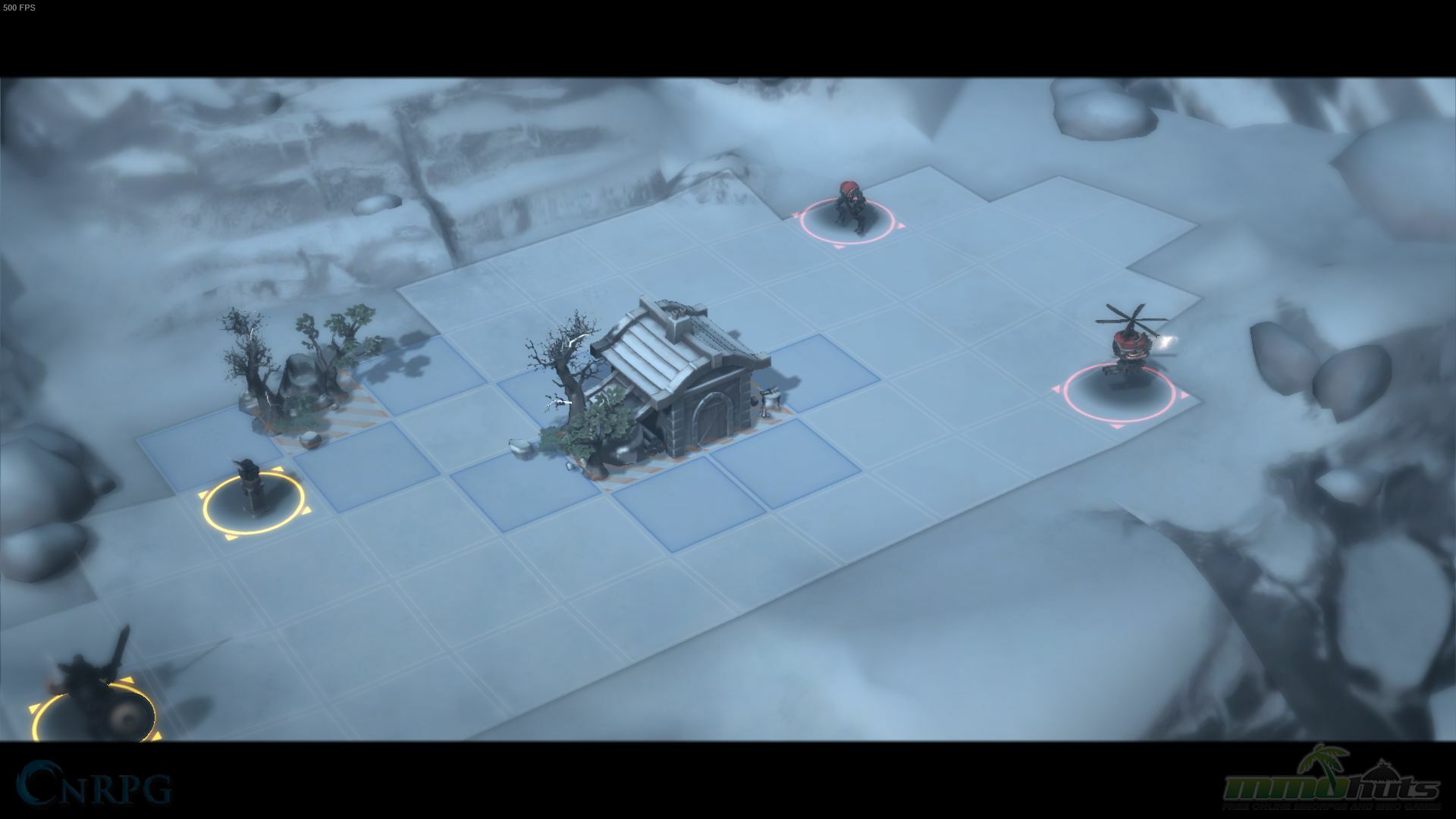 Your mechs, or rather battle robots, can be built from the ground up. These robots consist of different parts with the core as the most important. The combination of parts making up your bots determine your power with the core as the energy source they all rely upon. With that said, you are able to use a robot with just a core, but it just sits there on the battlefield and you aren’t really able to do a whole lot with it. The enemy does attack it though, so I guess you could see it as a useful distraction when things aren’t going your way and buying a couple more turns might make the difference between victory and defeat. The map your story continues on is different each time, and on the map are obstacles of all sorts. From just simple encounters, to locked areas, or even separate quests you can do to earn rewards. It makes sure your brain doesn’t simply shut down when replaying the game, as occasionally a new challenge can bite you in the ass and cost you a match if you fail to grasp its significance. Granted, defeat is pretty forgiving, as all it costs you is your used battle bots until you rest to recover them. 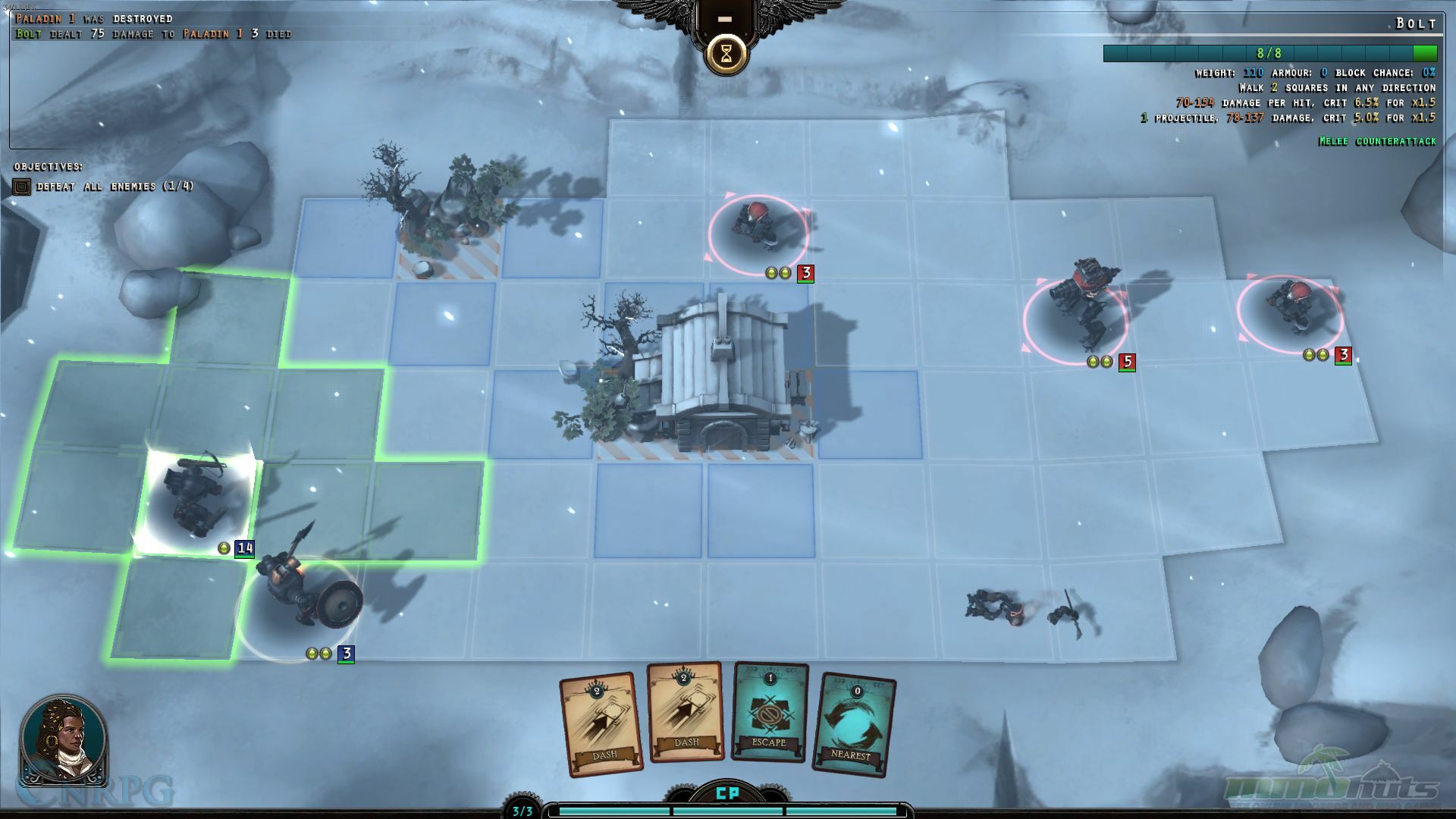 Parts can be found completing quests or at the merchant and blacksmith. And all of these parts also have different stats, be it specialized in ranged attacks or bonuses to specializing your robot’s style. But having your own unique team isn’t all you can play around with. Acaratus also brings forth cards to fill your decks. These cards give you extra bonuses you can utilize mid-battle such as walking an extra grid, throwing up some defenses or charging into an attack. It adds an extra dynamic element to keep things interesting and to perhaps gain you that small advantage to complete a roadblock of a battle. 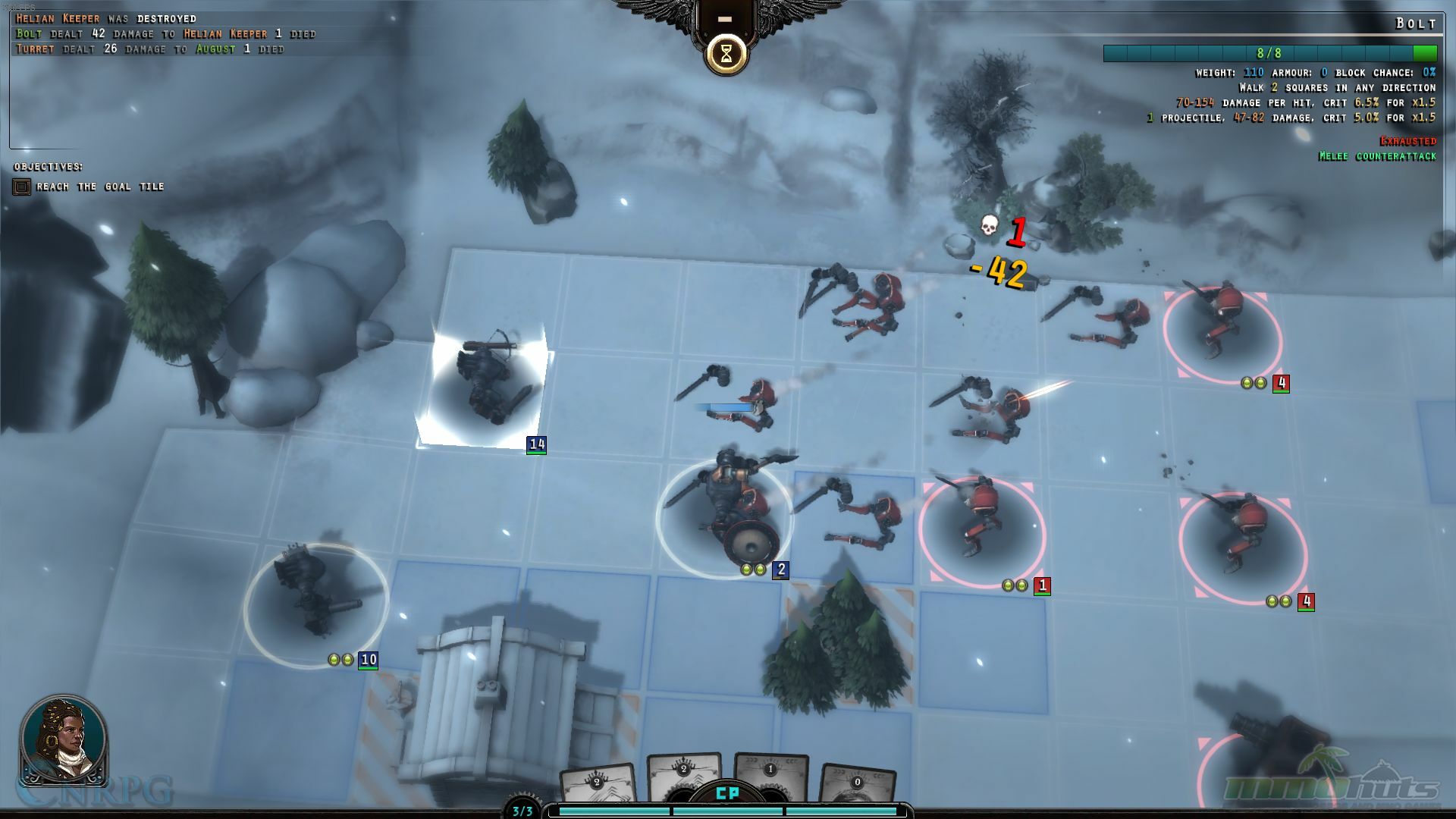 But this is where I draw a blank, since this is all there is to Acaratus in its current state. The story is interesting and I’ve done a few different story mode games, but it gets a bit stale after a while. There is however another game mode you can try out, but in its current state I’m not sure if it’s worth doing all that much. In the skirmish you can set up a team of robots, and you can choose the best parts for them and see how they do against the A.I. I suppose you could come up with different team builds for different difficulties, but isn’t the fun of story mode trying to adapt to your encounters, rather than preparing for them in a skirmish mode? Besides this, there isn’t too much to the skirmish mode either. Battles are fought in less than a minute so it’s really just a mode to mess around in. The developers are working on an online skirmish mode however, and I do think it will make the game a lot more fun, but I do have this wonder who will still be playing the game in a month’s time. 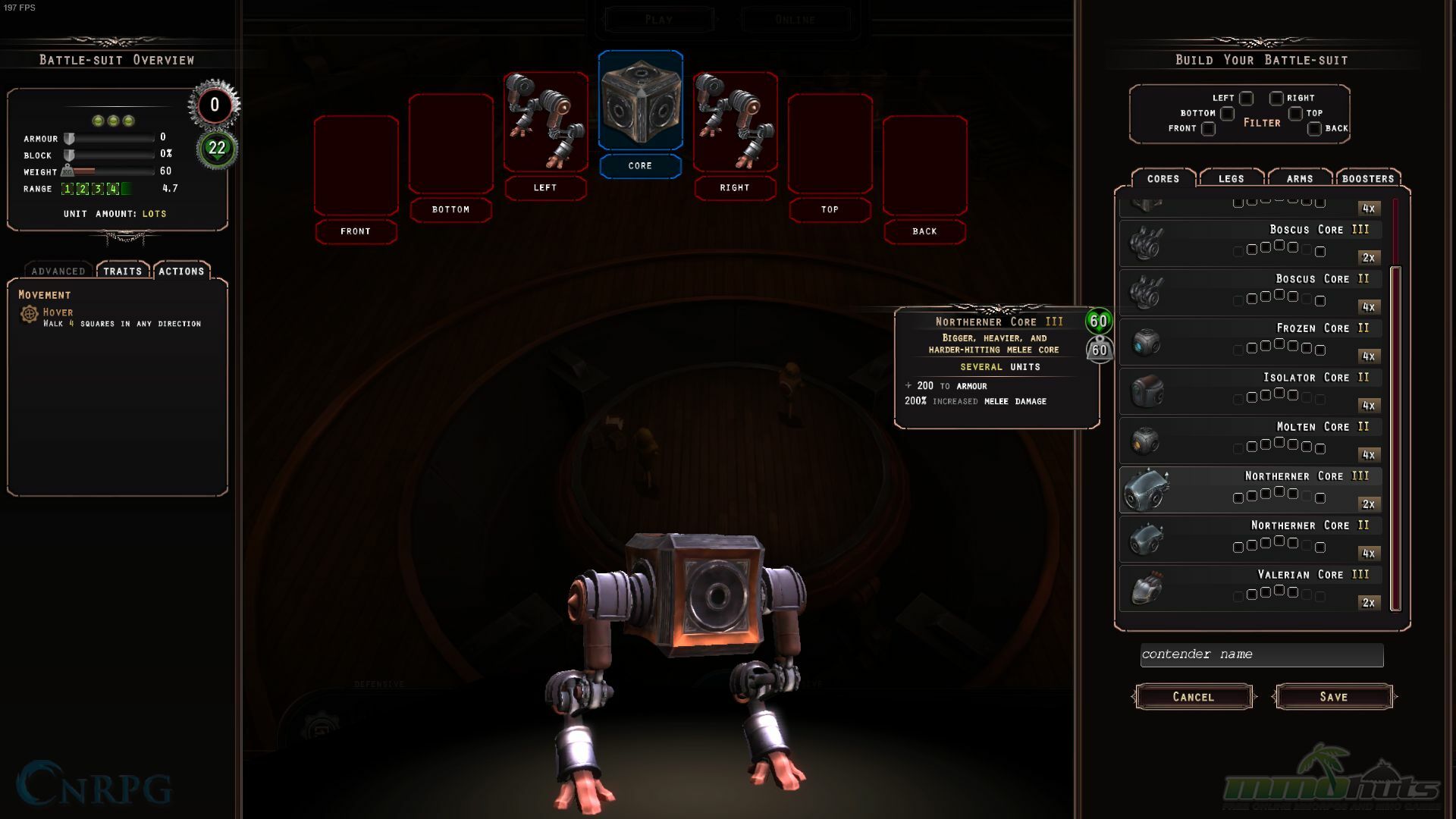 While Acaratus is not all too expensive, I do think it’s one of those hit or miss games to buy. It’s a lot of fun for a turn based game, but at the same time it really is missing a bunch of content that will enable you to stick around for a long period of time. Perhaps the game will be a lot more fun with the online skirmish mode, but at the same time that alone isn’t enough to keep players around for the long run. Acaratus is a really fun single player game, with an engaging story mode with different challenges, but besides this there isn’t all too much to it, yet. Since the game is still in early access we can still expect it to improve. It’s definitely a game I will keep my eye on, and hopefully will return to when the game receives a few more updates.