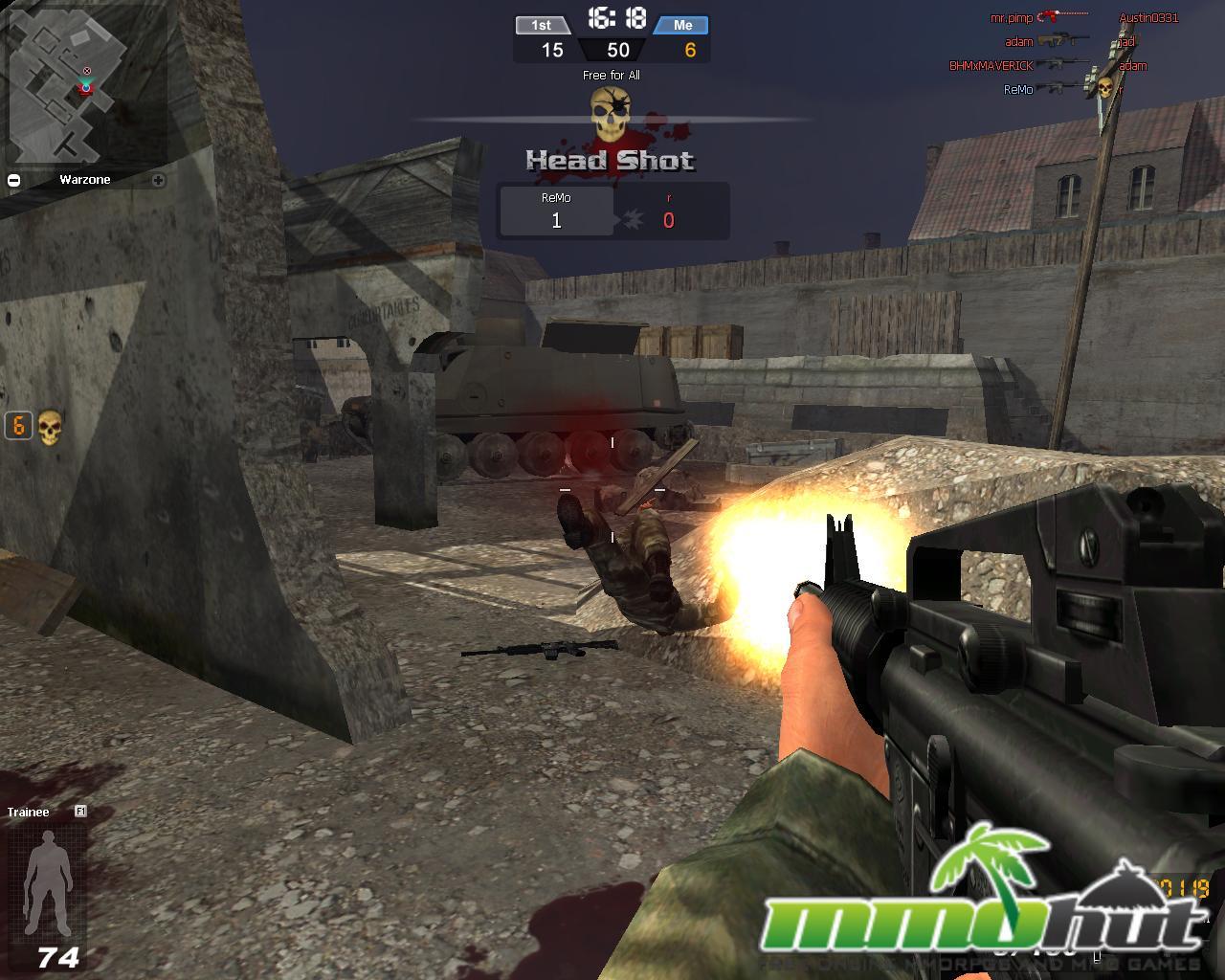 9mm Online is Uforia’s entrance into the lucrative MMOFPS market. While Aeriagames has Wolfteam and Netgame has Operation 7, it seems like every MMO publisher these days has at least one shooter under their belt; so it only makes sense for Uforia to have one too. In case you didn’t already know – the guys at Uforia are pretty well known for publishing very ‘old’ titles. They’re the guys behind Red War, NosTale and Three Kingdoms: The Battle Begins. Hopefully, 9mm Online won’t be as much of a disappointment as Red War was.

9mm Online is a 3D MMOFPS game published by Uforia that went into open beta on December 22, 2009. The game has some background story to it, but that’s really only available on the 9mm Online official website, as none of it is mentioned in the actual game. The game currently has five playable game modes ranging from the popular Counter-Strike-style ‘Plant the Bomb’ to the more original ‘Destruction Race’ which has players racing to destroy the opposing team’s destroyable targets. Unfortunately though, some of these game modes can only be played on certain maps – for example, ‘Plant the Bomb’ cannot be played on the ‘Sweden’ or ‘Factory’ map. This really wouldn’t be an issue if the game had more maps, but as it stands the game has only a handful of playable maps at the moment. The game currently has fifteen or so primary weapons and only a handful of a secondary weapons, while competing games like Wolfteam have 35+.

Even though 9mm Online doesn’t have too much variety in terms of weapons, maps and game modes, the game does offer a detailed ranking system. There are over fifty total ranks in the game, from the lowly Recruit to the most prestigious five-star General of the Army. A player’s rank is shown to the left of their names in the lobby, and in-game while checking the score (Hitting tab). All players start off as a recruit with two starting primary weapons: the M4A1 assault rifle and the MP5K sub machine gun. Advancing to new ranks can take a long time, as experience gain in 9mm Online is extremely slow. Winning matches and defeating enemies is the only way to unlock new weapons and ranks. 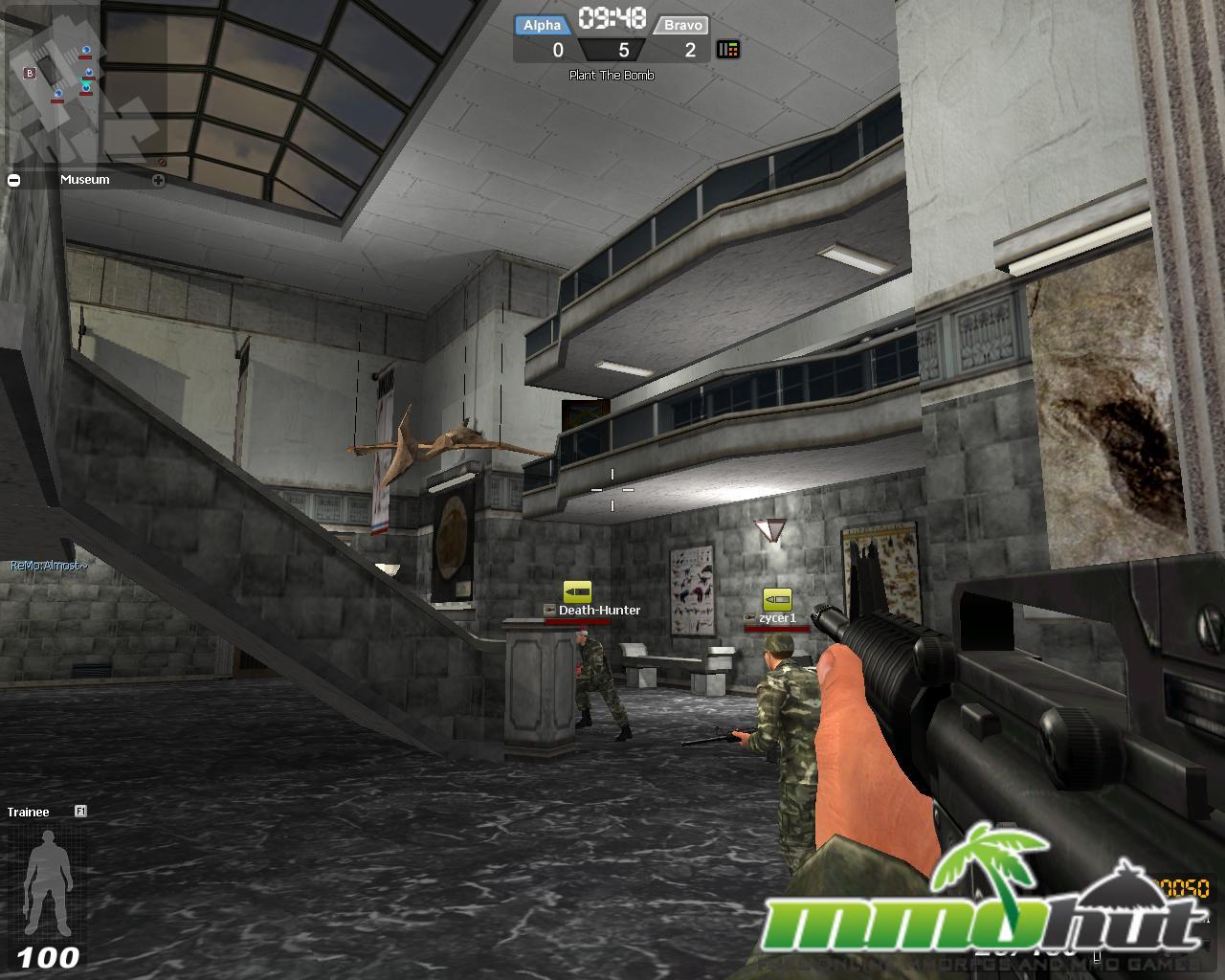 I hate to start reviews off on a bad note right away, but after logging into 9mm Online and hopping into a match, the game’s terribly awkward gameplay mechanics and poor graphics made me want to stop playing the game altogether. Playing the game even for five minutes felt a bit painful, as I couldn’t get over the fact that everything from movement to shooting just felt terribly unresponsive. My character would consntantly get stuck in seemingly random locations requiring me to mash all of movement keys to free myself. On top of all this, the latency issues and countless little bugs took away what little ‘fun’ the game offered. Perhaps I’m being a bit harsh, but after recently playing in-depth MMOFPS games like Alliance of Valiant Arms and Wolfteam, I just couldn’t stand playing 9mm Online.

With so many free-to-play MMOFPS games currently available, do we really need more mediocre games like 9mm Online? Perhaps I was a bit harsh towards 9mm Online in my last paragraph, as the game is ‘functional’ and is one of the few MMOFPS games that’ll run smoothly on older PCs. I guess what I was trying to get at was that 9mm Online is ‘bad’ compared to all the great MMOFPS games already out there. Heck, there are already a good 10+ ‘Tactical’ MMOFPS games out there – most of which have the same basic premise as 9mm Online, except with better graphics and gameplay. I’m actually a bit tired of playing so-called ‘tactical’ MMOFPS games as they’re all virtually identical. I did like Wolfteam, though, because the whole ‘transform into a werewolf’ thing was awesomely unique. I also liked Alliance of Valiant Arms and K.O.S. Secret Operations because they both had gorgeous graphics. 9mm Online, on the other hand, seems to have the worst of both worlds – bad graphics and little innovation. 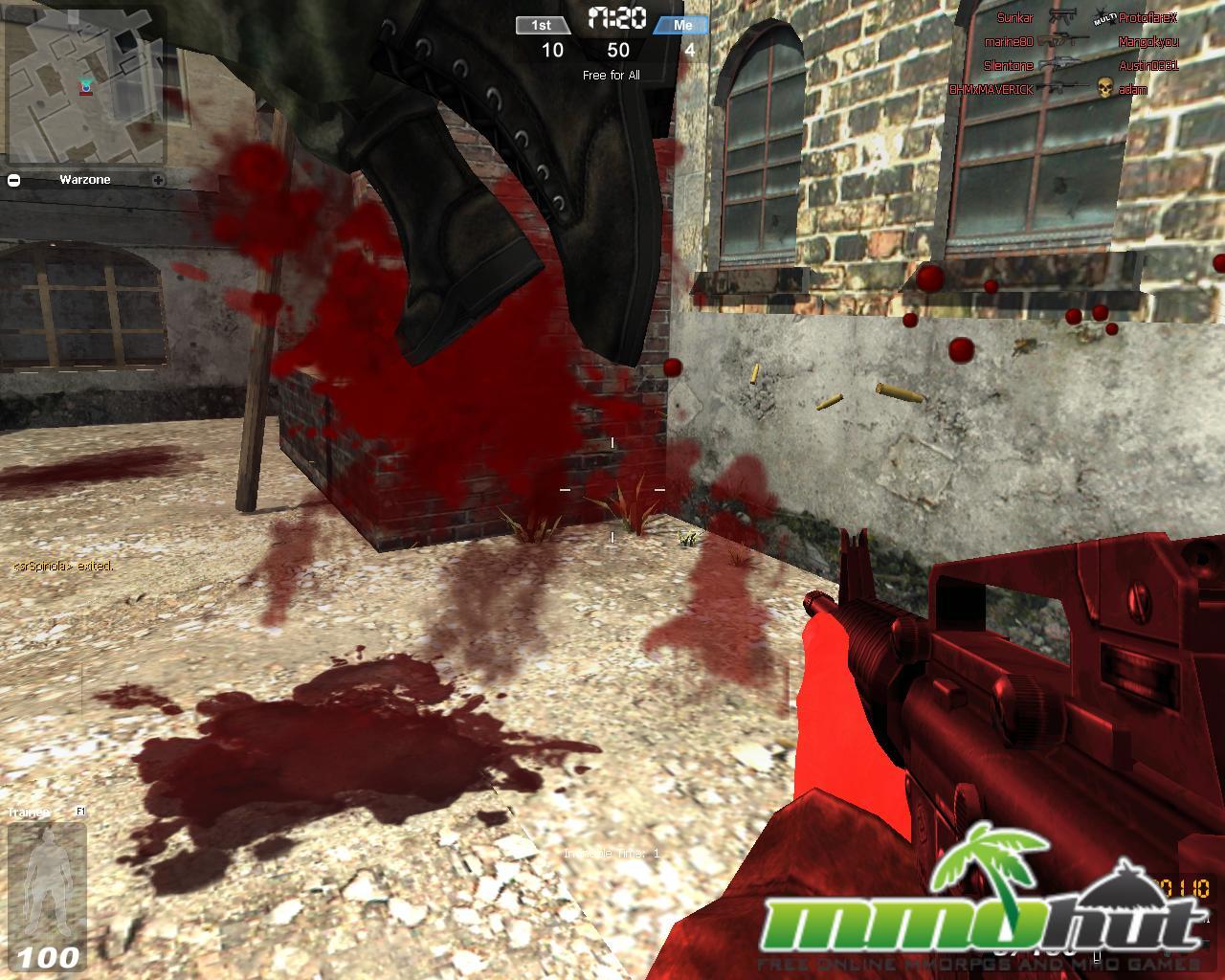 Okay seriously, enough negativity. 9mm Online isn’t the WORST game out there. It’s both functional and runs okay on older PCs. The game’s bugs are also temporary, as they’ll likely be fixed in future updates. Even though 9mm Online won’t appeal to everyone – gamers who have already been around the free ‘MMOFPS’ block and are looking for something new to try should be able to squeeze some enjoyment out of the game. The game isn’t all bad either – the ‘Mercenary’ feature, for example, is quite nice. Players are free to add ‘AI’ controlled enemies, called mercenaries, into their games with varying ‘difficulty levels’, ranging from the easy mode ‘Trainee’ to the tough ‘Hero’. Playing against a team of mercenaries with friends can be both fun and challenging. In addition, players can always square off against mercenaries when finding others to play with becomes difficult. The one downside of having AI enemies is that the game has no mechanism to prevent players from constantly playing against a team of stupid AI controlled enemies solely for fast experience gain and cash. Also on the positive side, the map designs in 9mm Online are pretty good. Each map supports up to sixteen players at once – and since maps are all fairly small – games are almost always chaotic, and in my book chaotic = fun.

9mm Online is a run-of-the-mill 3D MMOFPS game. The graphics aren’t terrible, but they aren’t good either. The game is currently plagued with numerous bugs and glitchy gameplay. As is, there’s no reason to play 9mm Online over more established MMOFPS game like Alliance of Valiant Arms or Sudden Attack. Save your time and skip this one.