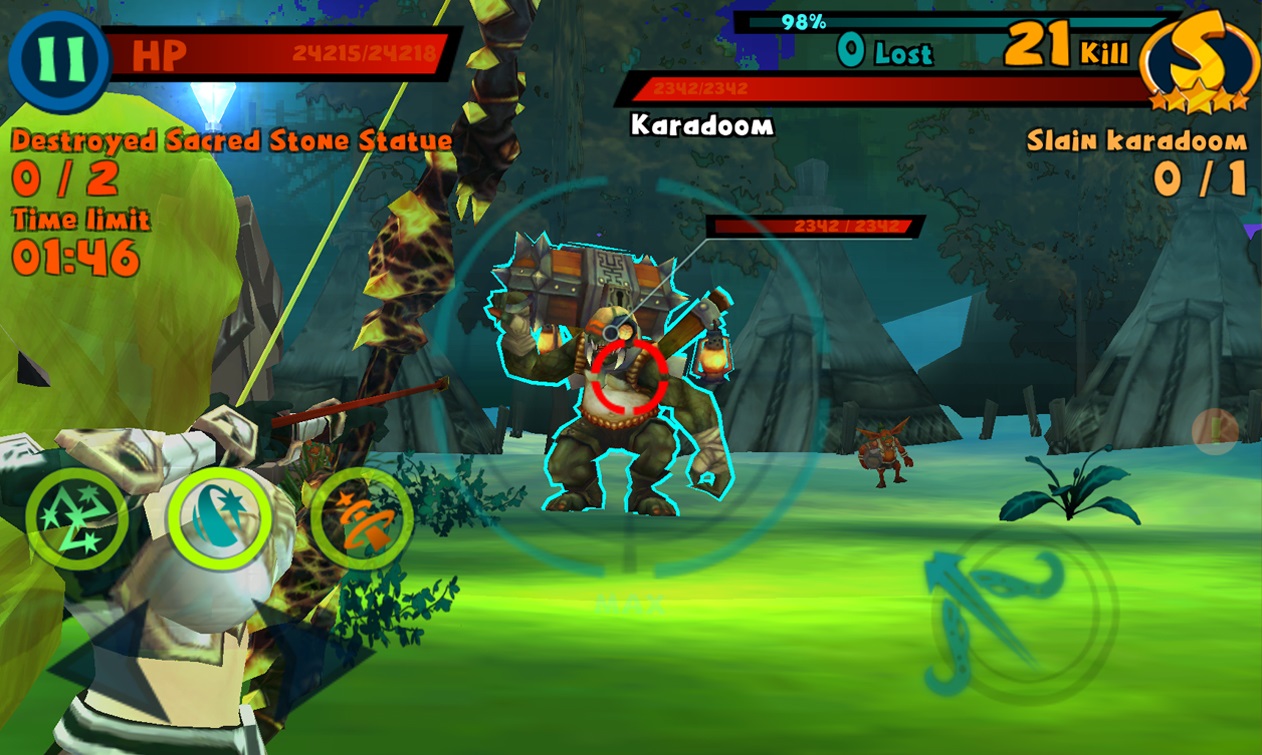 After years confined to MMORPG pc games, Zemi interactive is finally launching the mobile version of its games. Flying Dragon Arrows, as you can see in the sub title, it will be focusing on both the flying arrows and the dragon riding actions.

The motto of 4STORY M: FLYING DRAGON ARROWS was based on the old Cabal Shooter style action game called Blood Bros. The game tries to convey the old school game into modern 3D action archer game. This is why you have the dodge function in the game. The players will need to jump from left to right while shooting down the players’ opponents. Sometimes the players may have to focus their shooting powers on the Boss Monsters only while avoiding the minions or they won’t have enough time to complete the game.

Upgrade up to +7 using in-game money only, upgrade till the top using Odin, our premium currency. For each chapter, you will need a whole set of gears to upgrade starting from scratch. Of course, your item will have greater powers compared to the last chapter’s item. But so will the dominions and boss monsters.

There will also be some costumes for the players to customize and Dragons to hatch starting at level 3. Once the dragon hatches, click on the PvP button and ride on your dragon to combat the opponents on a one on one aerial combat. The players will have three turns each to shoot down the continuously moving opponents. After your 3 turns, it will be the players’ turn to avoid the flying arrows.

RUSH YOUR HERO INTO EXTRA MISSIONS FROM THE DARK AND DIFFICULT

UPGRADE YOUR GEARS FOR MAXIMUM DAMAGE

SPECIAL JUST FOR YOU