3on3 FreeStyle Celebrates One Year on the Xbox One 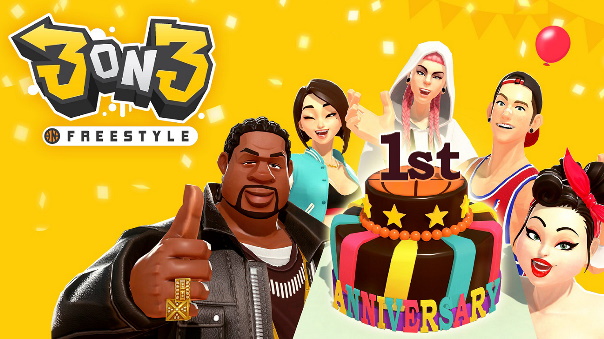 Joycity is proud to announce that 3on3 FreeStyle has hit its first year on the Xbox One console. To celebrate, every player will be given a code for 200 Points on the Xbox Store. The points will go directly to the player’s message box. These can be spent on a variety of in-game items. A login event will begin on September 17th as well, giving players useful items such as FS Tickets and Ability Card Tickets. The event will run concurrently with the ‘XP Drink Festival’ event. Players will also be able to win up to 3 badges in 5 winning matches, and these can be exchanged for customization items for Lulu.

Season 2 of Mega Pass debuts with the update as well. The first Mega Pass event was extremely popular with Xbox One players. In Season 2, players will have the opportunity to obtain the highest-level items and ceremonies. This update also improves matchmaking and upgraded the themed-outfit systems. Perhaps the biggest change is the addition of the new center, Jimmy. He’s been highly-anticipated, and his double-dunk/long-range shot will surely rattle his opponents’ defenses. More information on him will be available soon.