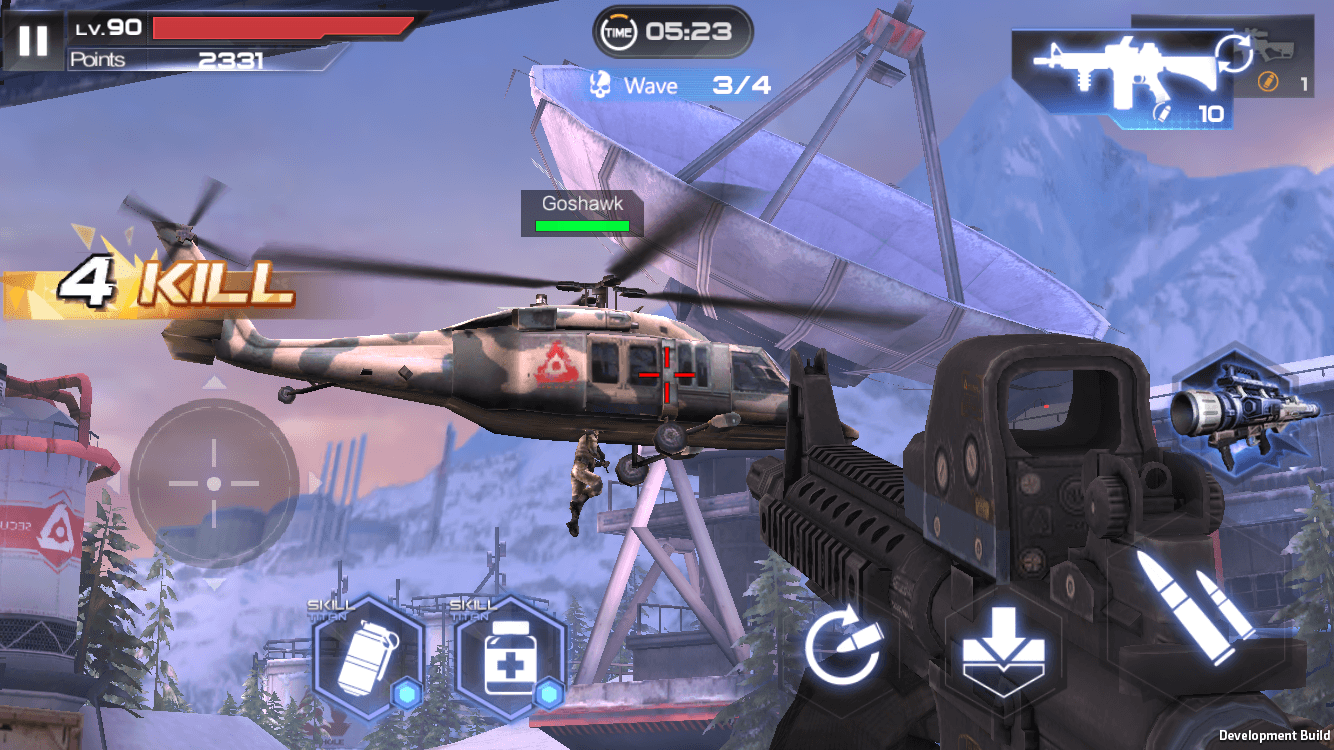 In Fusion War, players will fight the war between the evil organization Pi Corp. and Titan to save the human race. Unravel Pi Corp.’s nefarious plot to take over the world by cooperating with allies and resisting Pi Corp.’s army of mercenaries. Experience a first person shooter with an intense story line that combines movie-like cut scenes with simulated battlefields. Fight against players from all over the world in PvP mode to improve your combat skills! Use superior firearms to hunt elite enemies and help win the war.