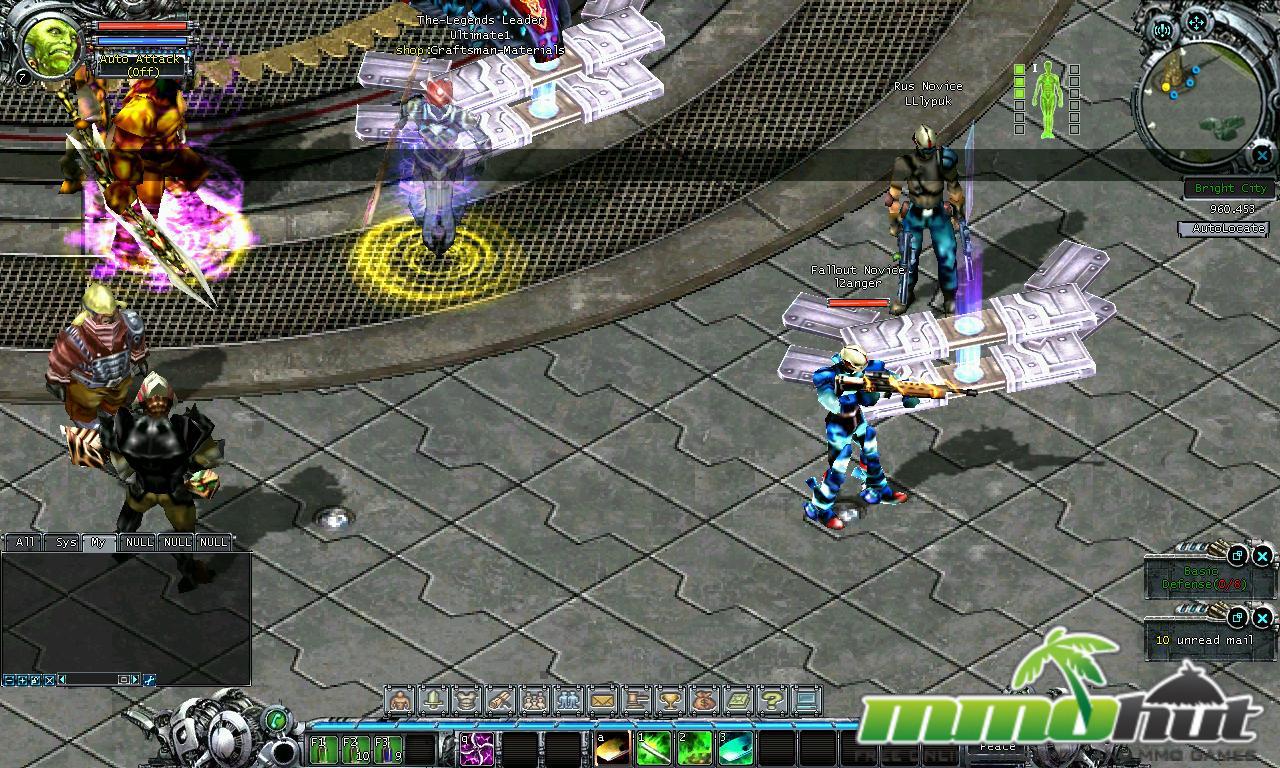 2029 Online is an innovative MMORPG by IGG that combines RTS (Real Time Strategy) tactics and social interaction to enhance its gameplay. The title’s gameplay is far from unique and detracts from its originality; however this also smooths out the game’s learning curve. With straightforward combat and a helpful interface, 2029 Online has the potential to be very enjoyable. Players are encouraged to group with one another and progress through the game together. Players are also encouraged to participate in server-wide events that are broadcast on-screen throughout the game.

One of the most overlooked aspects of any game is the user interface. A user interface, in my opinion, can make or break a game, and a great user interface is one of the features that can really make a game, especially an MMORPG, shine above the rest. 2029 Online’s biggest strength is by far its clean and easy to use user interface. This sci-fi title’s simple key bindings, well labeled buttons, and great features make it an incredibly easy to play and enjoyable game. One of the most noteworthy and novel features is “AutoLocate”. Like the ‘path finding’ features in Zero Online and Eudemons Online, the AutoLocate feature in 2029 allows the player to select a friendly NPC or a Monster from a list, and the game will automatically path their character to that location. Other features available via the map allow automated movement to selectable locations that would be otherwise too tedious to navigate to manually.

2029 Online provides the player with an unusually small array of character options, boasting only three races (referred to in-game as “classes”) to choose from. Each race (class) has its own set of skills which can be trained and improved upon with points earned by leveling up. Each level only awards one point, and the lackluster selection of skills really detracts from the joy of reaching that very next level. On the other hand, each skill has a unique animation and gives 2029 combat that cliché “spam your attacks” feel. This may come as a relief to some, but also may seem redundant and overused to others. 2029 Online combat is quite simple and easy to follow, perhaps too much so, thanks to an excellent interface. 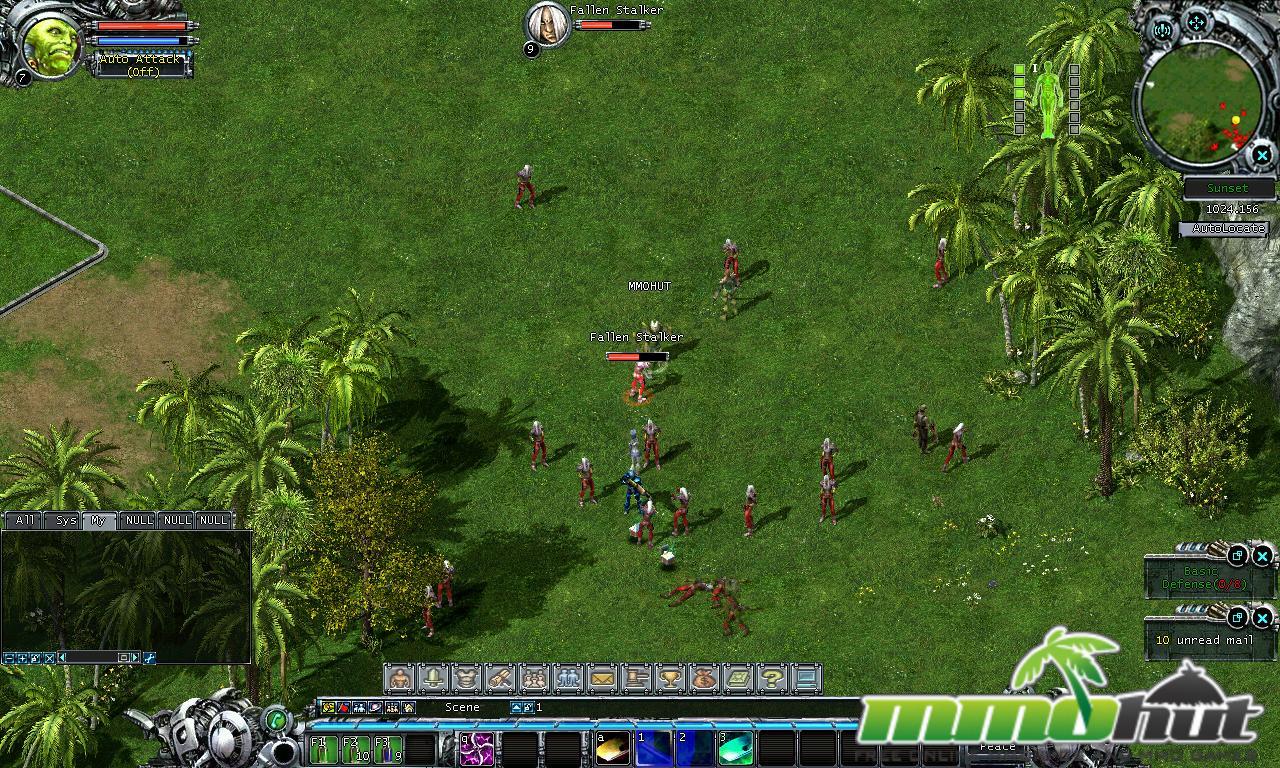 Not Quite the RTS

IGG slaps the acronym “RTS” in some of the game’s title’s descriptions and, quite frankly, fails to live up to it. The RTS components involve the mercenary system present in 2029 Online. The mercenary system is a great idea and well executed, allowing the player to employ mercenaries and literally create their own “party” to go fight with, similar to the system in Guild Wars. Having a bunch of minions following you around, performing mostly if not all automated attacks and spells may feel as if your playing an RTS, but the only real tactic is choosing which ones follow you. The mercenary system helps create a rich combat system later in the game as enemies become more difficult, but RTS is clearly a misnomer for this situation.

When a character is created and a race/gender is chosen, the player feels as if they should customize the character and add some personal variations. Unfortunately 2029 online leaves this thirst unquenched, as the only forms of diversification available are through cheesy avatars (pre-supplied) and later on through item skins. Both the models and the skins are leave something to be desired and puts a slight damper on the overall feel of the game.

The Path is Set

2029 Online really helps players along with character progression. Some MMORPGs usually filter down to a dreadful grinding spree ripe with repetitive combat and spawn camping. 2029 Online makes leveling quite enjoyable by allowing the player to switch between completing various quests and straight-up grinding. Not only does the lush questing environment aid in the game’s storytelling, but it also ensures that players constantly have something to do. Spawn times are very quick and allow the player to farm a small area efficiently if they so choose, and also prevents multiple players from competing for monsters while leveling.

Combining the AutoLocate feature with an abundance of quests allows 2029 Online to provide its playerbase with an enjoyable and swift leveling experience. Leveling up is the key to enjoying 2029, as many zones and activities are restricted by level. The more activities a character qualifies for, the deeper the player can immerse themselves in the 2029 experience. Furthermore, the community is constantly updated (via in-game announcements) on upcoming special events. IGG hosts plenty of events, ranging from double experience weeks to “Players vs. GMs” and even mystery auctions. The community as a whole is kept close together and the social aspect of the game is alive and well. 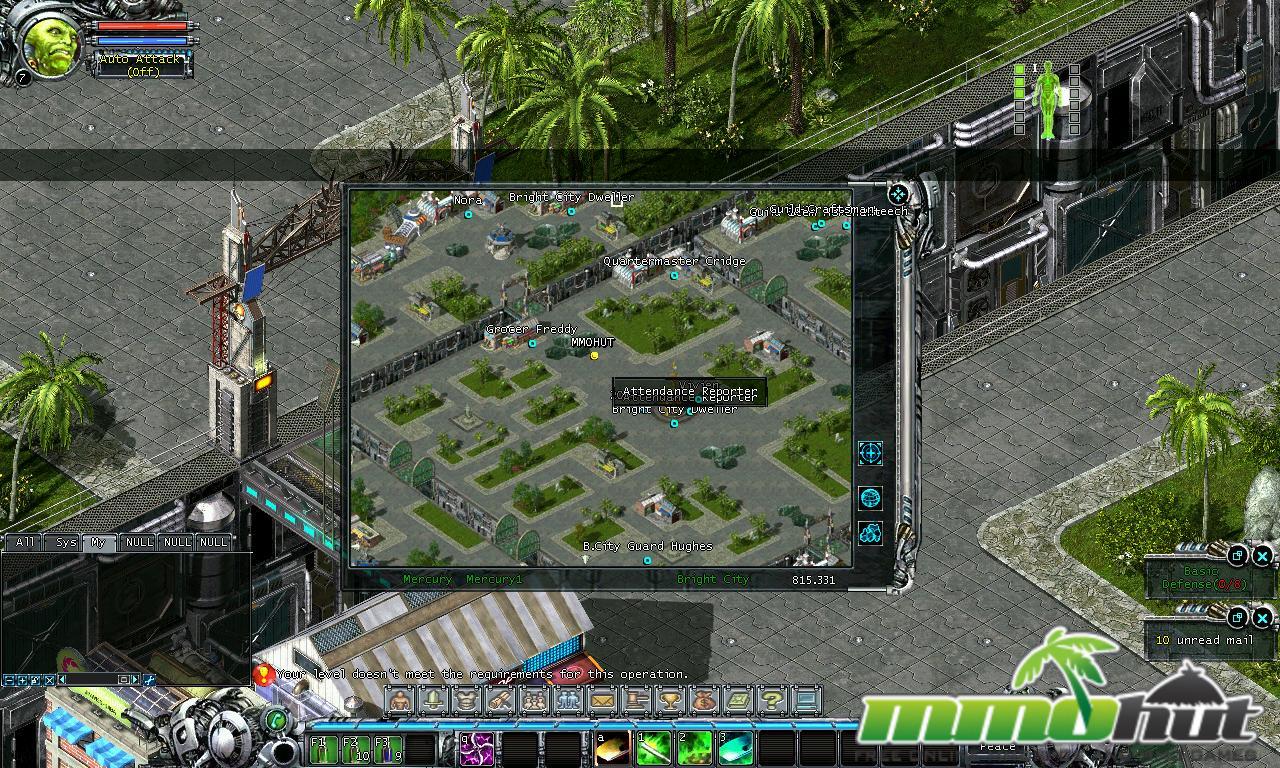 PvP combat is an option that becomes available to players of 2029 at level 40. 2029 Online PvP is brutal and unforgiving; PvP deaths result in items and equipment being dropped for others to loot. The system is quite innovative in the way that it promotes an incentive to attack those who attack others. A player who has killed large amounts of other players will have their name displayed as a darker shade of red. Red names signify an increased chance of suffering item or equipment loss upon death and therefore the most ideal target. Aside from item loss, PvP combat seems to be identical to all other combat sans the fact that it is against another player. 2029 Online’s PvP system allows players to compete against each other both for pure sport or even wealth.

In relation to wealth, earning money in 2029 is fairly straightforward. Similar to most MMORPGs, the easiest way to earn money is to kill enemies, as enemies have the chance to drop items and cash. Said items can then be sold to a vendor or another player for money, or traded for other items. 2029 also allows players to earn some cash by setting up a “stall” from which they can open their own shop and sell their items at their own price and discretion. Further deepening the economic aspect of the game is the auction system. The auction panel is available to you regardless of your location and allows you to purchase, sell, and bid on items from players, NPCs, and even GMs. Like many free-to-play MMOs, IGG allows players to enhance their experience in the game if they choose to pay actual currency. These bought items always bring a slight imbalance to a game, but is a major flaw that sometimes must be overlooked in the free MMO market.

As mentioned before, one of the strongest aspects of 2029 Online is its unique and enjoyable interface and questing system. Unfortunately, regardless of the great job the game does at leading you down the path to higher levels, it is truly a treasure map with no treasure. End-game content is a myth, and players who reach the level cap are soon introduced to the new practice of “AFK in town”. The game could be greatly improved if more endgame content was introduced. Currently the only endgame activities for players to participate in are PvP combat and Guild relations

2029 Online is most definitely a community-oriented game. Being such, guilds and groups can play quite a role, especially later in the game. The guild interface helps keeps the guild organized and updated, and if a guild grows strong enough it can eventually participate in some guild only PvP or larger scale combat against city guards. Unfortunately, regardless of what the game can support, currently it does not appear that the player base can support the large-scale battles and territorial disputes that would make 2029’s endgame content sensational.

2029 Online has a number of drawbacks, but its strong interface and variety of quest lines allows the game to set itself apart from other free MMORPGs. All in all, IGG has delivered a good MMORPG that makes use of its strongest features to provide the player with rich and enjoyable gameplay.