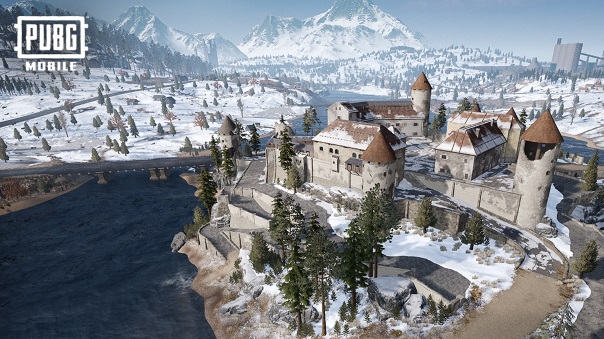 It’s not always easy to get into Battle Royale games, especially on mobile devices. We recently teamed up with PUBG MOBILE to bring you some helpful tips & tricks to get started, thanks to one of their top players, Medalcore. Special thanks goes to the Tencent Games Community for reaching out to us. We hope to see you out there getting Chicken Dinners in no time!

1. Start Off Playing in Third Person: In third-person, there is the advantage of being able to see behind/over cover, which allows players to scope out their next move before moving from place to place. This gives the advantage of safety and is an easier way to get into the game. PUBG MOBILE is a battle royale title and if you are new to this genre, it would best to start off in this easier game-mode.

2. Customize The Layout: PUBG MOBILE gives players the option to customize their layout. Just go to the settings cog at the bottom of the main home screen, then click on “controls.” From
there, find the yellow “customize” button which allows for resizing, moving and customizing the buttons and their location on the screen. This can change up the pace of gameplay and make it more comfortable. The game also has basic settings like sensitivity and field of vision (FOV), which can also be edited.

3. Turn On & Customize Auto Loot: Auto looting is something new to mobile battle royales. Since most players can’t loot as fast as PC players, PUBG MOBILE has implemented an auto looting feature which automatically picks up the loot as a player walks over it. In settings, there is an option to also customize the specific loot that a player requires. For example, if there is a need for a specific type of ammunition, the game can be customized for this. It’s a unique feature and highly suggested for new players.

4. Use Practice Range: Practice Range is one of the best features in the game. It allows players to pick up any weapon and then set themselves up to practice before going out to the field. Here
players can train with weapons on the shooting range, driving skills on the driving track, and parkour skills on a huge crated area. There is also an option to hop into the “Arcade” game-mode to continue practicing.

5. Learn Recoil Control: Each gun has a unique recoil or “kick”, based on its size/weight. It is crucial to learn each weapons’ recoil in order to have a huge advantage over your enemy. Not knowing the weapons’ recoil can compromise gameplay and create a disadvantage while in a firefight. The Practice Range is the best place to become familiar with each weapon.

6. Put Away Weapons While Running: Whether it’s running for cover or to flank an enemy, it is best to put your weapon away, which increases your speed and agility. Clicking on the weapon that is currently being held will put it away. Energy drinks or adrenaline boosts can be picked up while your weapon is away too.

7. Play With Headphones: Wearing headphones gives a huge advantage against any player. PUBG MOBILE has amazing sound design. Enemies can be easily spotted based on sound alone. You can listen to their footsteps even if they are crouched or in a building. It is a useful and amazing feature to have in a mobile game and players should really use it to their advantage.

8. Preferred Loadout: Finding a comfortable loadout location will help greatly when trying to go for that Winner Winner Chicken Dinner! Depending on the type of fighter – long range, close range, or something in between, the perfect loadout is key. With a game like PUBG MOBILE, there are tons of weapon options and variation, as well as attachments for each players’ liking. Find a few of those variations and stick to them, to get comfortable with what works best.

9. Smokes For Cover: Use smoke grenades as a way to conceal teammates while taking gunfire. Another way to use smoke grenades as an advantage, is by throwing them between a player and
cover. In endgame scenarios, when the final circle is closing in, a team can use smoke as tactical cover while inching closer on an enemy.

10. Solo Squading: Last player of the team standing? No problem! What the enemy knows, won’t hurt them. Use grenades and excessive shots to give the appearance that there are more players
left. Another option is to “Third Party,” – a tactic where a single player pushes themselves in-between two other teams fighting, with the agenda of trying to take out as many enemies of BOTH teams as possible, while taking minimal gunfire.

This article is courtesy of the Tencent Games Community Team, by one of their top PUBG MOBILE players, Medalcore.