To celebrate the console launch of Star Trek Online: Season 13 – Escalation, we’re teaming up with Perfect World Entertainment and Cryptic Studios to give 50 lucky winners a rare ground weapon for the game on Xbox One, the Fluidic Antiproton Wrist Lance. 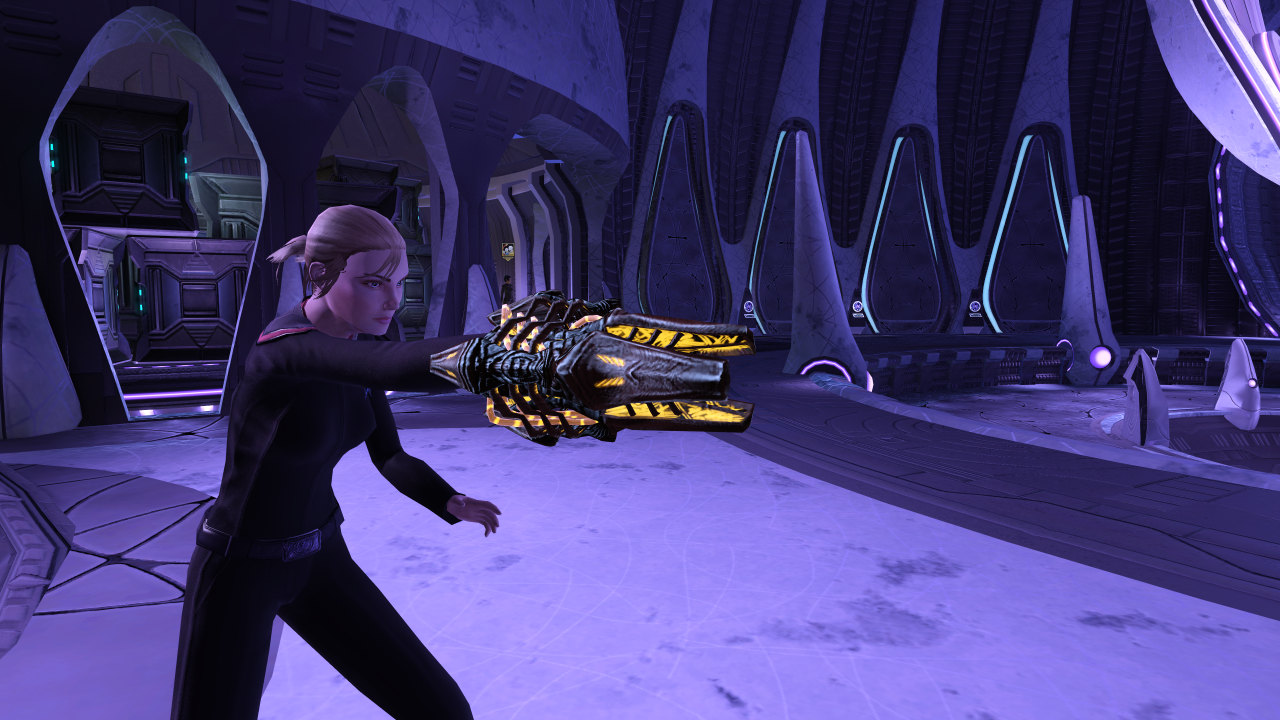 Season 13 – Escalation is now live on PC, Xbox One and PS4! Learn more about this update by visiting here.

Undine weaponry utilizes cohesive antiproton streams to damage foes. These streams are known to sometimes knock their opponents away while dealing additional physical damage. The primary fire of this particular wrist-mounted antiproton lance is similar to those adapted into Assault weapons that use this same energy technology. The secondary fire is radically different however, incorporating something akin to the “focused beam” technology sometimes seen in use on Undine starships. It can charge up a massive blast that will scar the surface of whatever the foe is standing on, sending out antiproton energy ripples that cause additional damage to anything they cross paths with.

To Redeem Your Code on Xbox One:

*These codes are only eligible for the Xbox One version of Star Trek Online and can only be redeemed by one character on a single account. The weapon is bound to character upon pickup.

Note: Unfortunately ad blockers are breaking functionality of our site. if you experience any issues, please disable them.