Mirror of Discovery is now available for free on PC and will launch at a later date on Xbox One and PlayStation®4. The newest update to the free-to-play Star Trek MMORPG continues a pivotal story introduced in the first season of the CBS television series, Star Trek: Discovery. For the first time ever, Star Trek fans will finally meet the Terran Empire’s dreaded Captain Killy, voiced by Mary Wiseman from the show. Players unravel the mystery of what really happened to Killy and the crew of the I.S.S. Discovery, after it was summoned to the Prime Universe and never seen again. 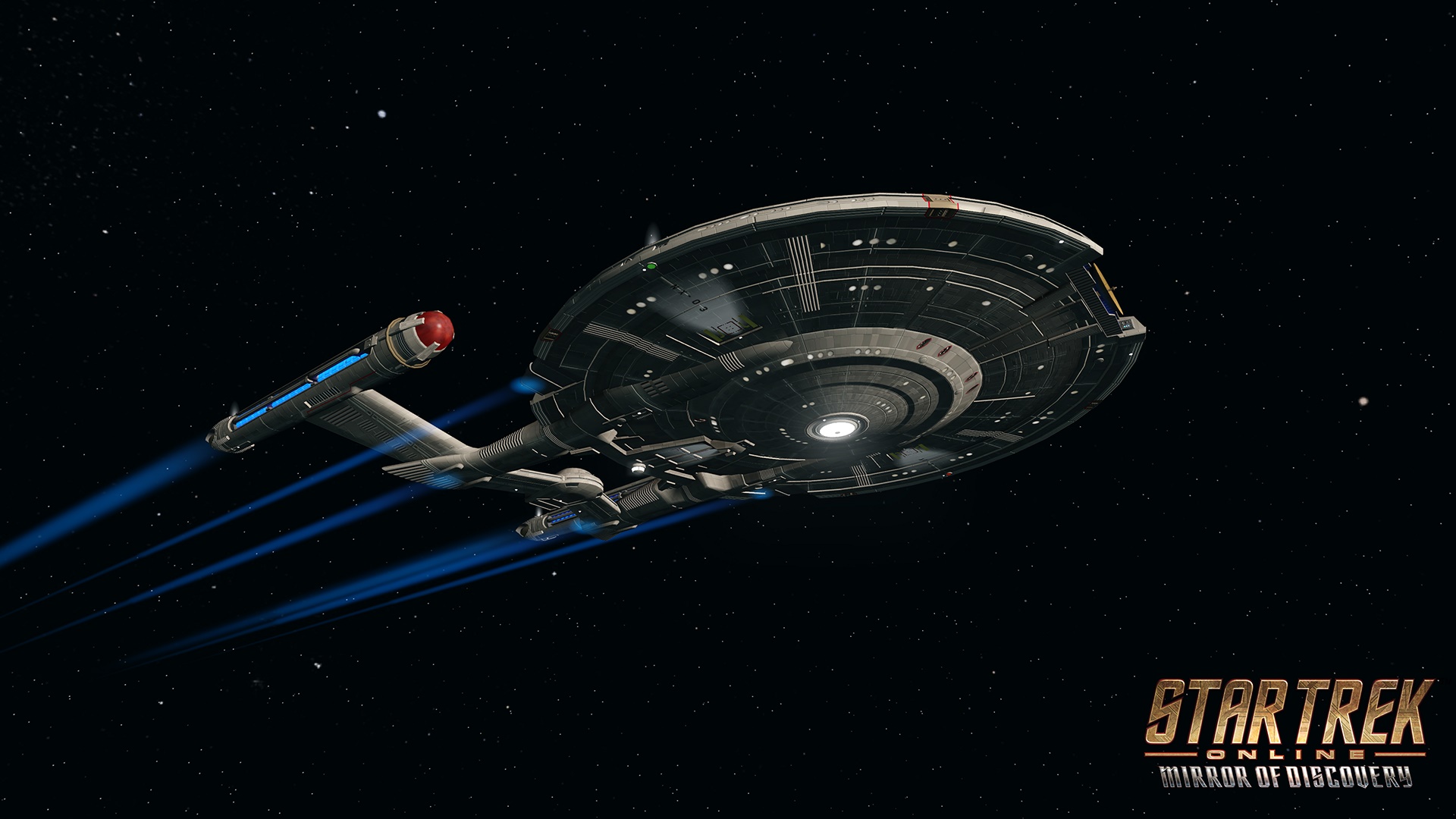 Hailing from Star Trek: Enterprise, the NX Class Light Escort [T1] sports the classic look of Earth’s starships from the 22nd century, but has been updated with modern technology to meet current Starfleet specifications for Lieutenant-rank missions.

*The NX Class Light Escort can be claimed by multiple Federation or Federation-aligned characters on a single account.

*The Elite Services Starter Pack can be claimed by a single Federation or Federation-aligned character on a single account.

To Redeem Your Code:

Note: Code is only available for the PC version of Star Trek Online and expires on December 31, 2020.

We are also giving away a limited number of Engle-Class Mirror Escort Carrier [T6] ships! Visit this page to learn how to enter.