MMOHuts has partnered with Perfect World Entertainment and Cryptic Studios to celebrate the Xbox One release of Neverwinter: The Maze Engine! How better to celebrate than a raffle to win an epic boar mount?

The Maze Engine is the newest expansion to the Dungeons & Dragons-based free-to-play MMORPG – now available on Xbox One. Demonic princes Baphomet and Orcus threaten Neverwinter with a second wave of the demonic invasion and a potential super-weapon, The Maze Engine. Join Drizzt Do’Urden, Minsc, and other iconic Dungeons & Dragons characters to put an end to the demonic threat.

Neverwinter: The Maze Engine follows the events of the previous expansion – Neverwinter: Underdark. Though adventurers quelled the efforts of Demogorgon, new threats have sprung up. The Maze Engine, a powerful reality-altering artifact, is under the control of The Horned King Baphomet who looks to use its powers to ensnare the Sword Coast. Orcus, the Prince of Undeath, has taken up residence in the abandoned Castle Never, reanimating slain heroes of the castle into an undead army.

Boar Mount Up For Grabs: 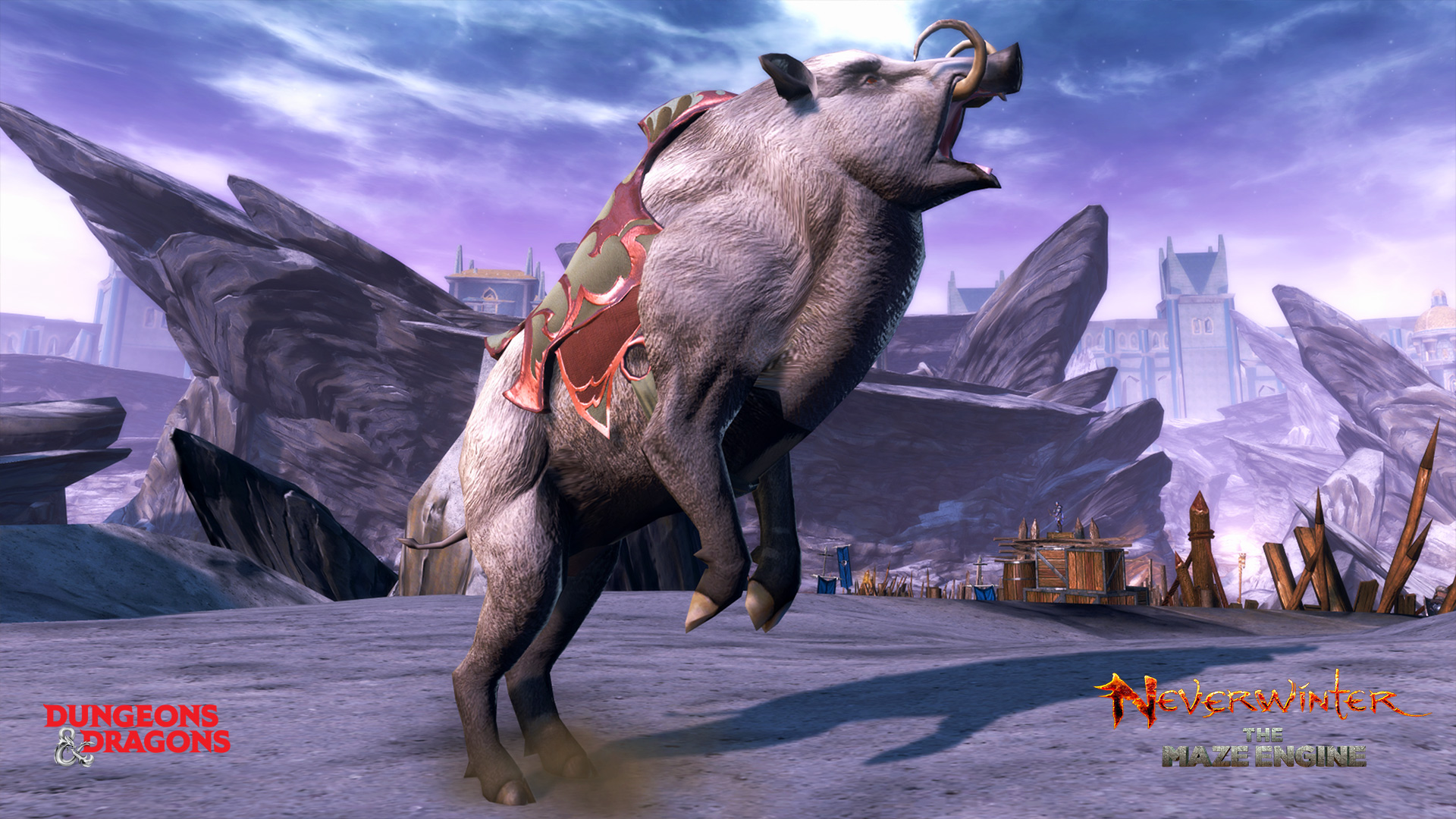 To Use Your Key In-Game: