We’ve partnered with Perfect World once again, celebrating the launch of Neverwinter: Lost City of Omu on console with a new mount raffle!

Neverwinter is a free-to-play action MMORPG that features fast-paced combat and epic dungeons. Players explore the vast city of Neverwinter and its surrounding countryside, learning the vivid history of the iconic city in the Forgotten Realms and battling its many enemies. Neverwinter is available on PC and is free to play digitally on Xbox One (with Xbox Live Gold*) and PlayStation®4 (PlayStation®Plus not required).

Neverwinter: Lost City of Omu is now live on consoles! Learn more about the game and its latest expansion by visiting http://www.playneverwinter.com

We have 20 Suratuk’s Tropic-Colored Spider mounts to raffle off for Xbox One players. 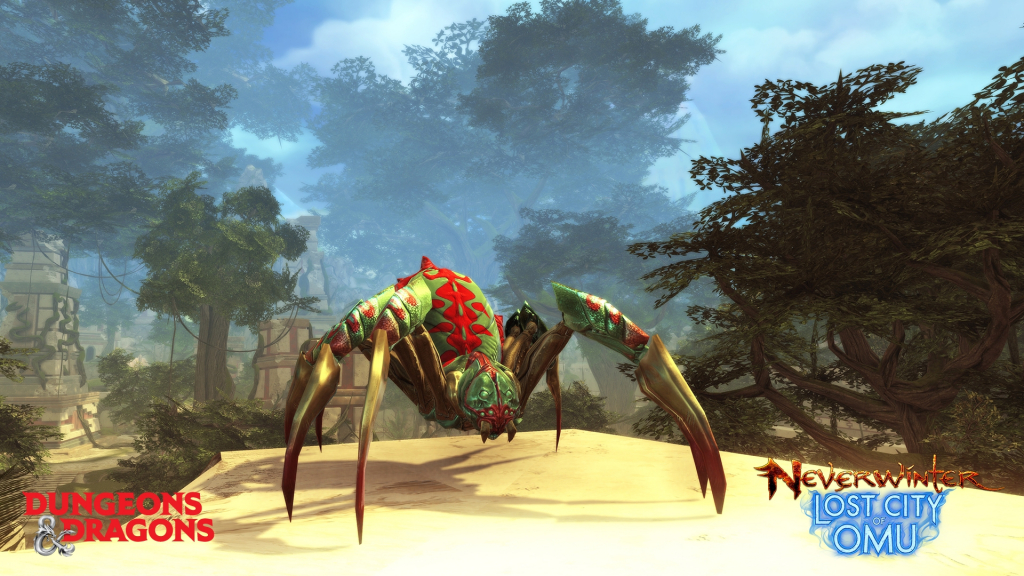 The visionary Suratuk is back at it again with a pair of limited run, custom- mounts. Freshly-coated and prepared to scurry into battle with the release of Lost City of Omu, these vicious arachnids didn’t become Tropic-Colored without inflicting several bites on the artist.

For Your Chance At This Spider:

These codes are for Xbox One NA/SCEA ONLY. One per account, bind on pickup.