We have partnered with Hi Rez Studios to celebrate the closed beta launch of Hand of the Gods on console, with a giveaway of legendary Guan Yu cards!

Introducing Hand of the Gods: SMITE Tactics, a turn-based strategy game from Hi-Rez Studios. Build an army from a large roster of mythological gods and creatures like Zeus, the Greek God of the Sky, and Odin, the Norse Allfather. Then wage war in competitive multiplayer matches or single-player adventures. It’s up to you to command your Gods, strategically position your forces to take advantage of the terrain, and unleash divine powers to defeat your foes.

Hand of the Gods is now available on Xbox One and PlayStation 4!

Each code will unlock the Legendary God card for Guan Yu. 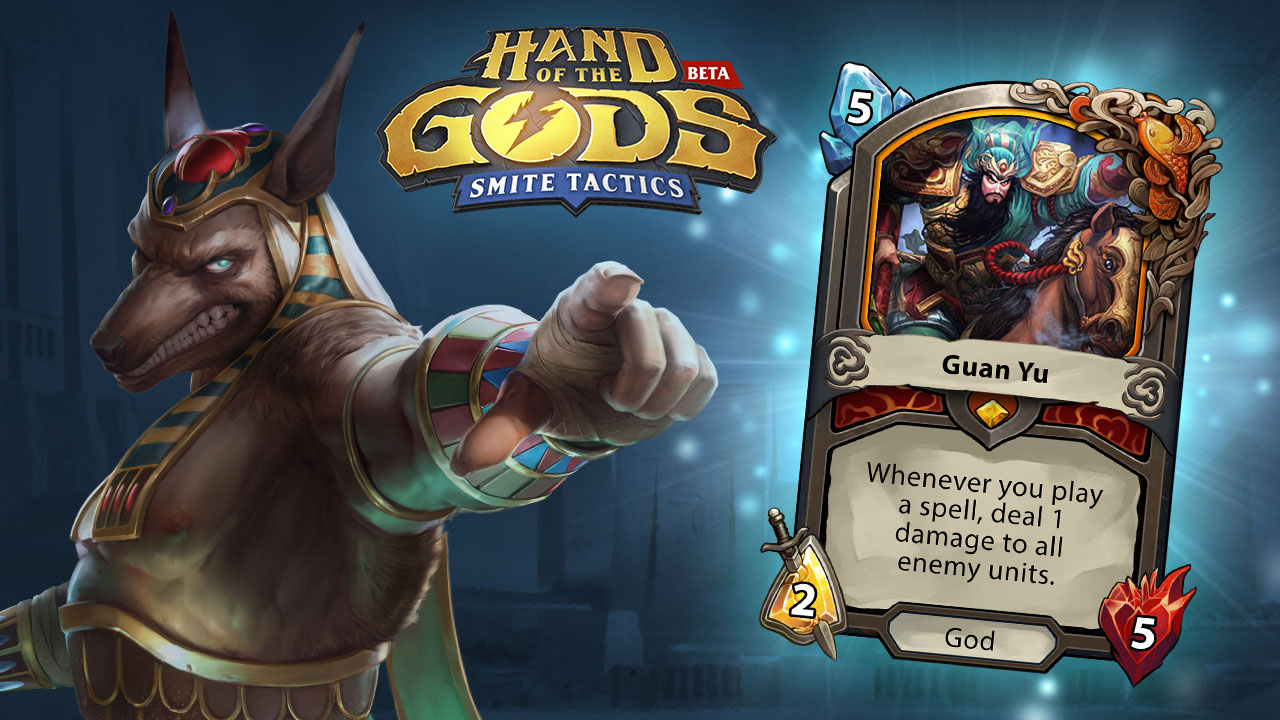 To Redeem Your Code:

Giveaway is no longer active.
Forgot your key? Click Here!