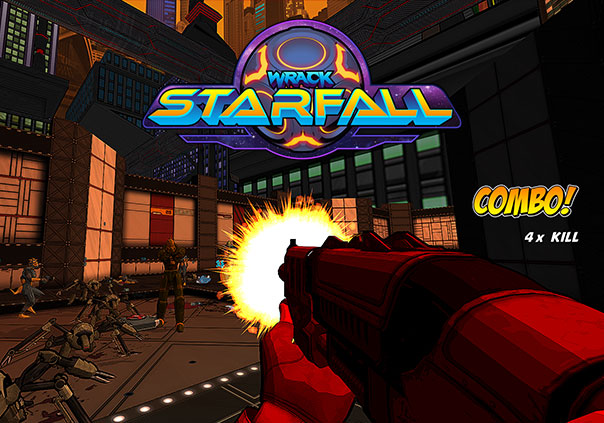 Battle for supremacy in this new kind of tower defense title by Final Boss Entertainment. As spinoff to the original Wrack title, Wrack: Starfall feature rogue-like elements along with its original comic book artstyle. Players can run, gun and defend themselves in procedurally generated worlds filled with chaos and mayhem.

Choose between Kain, Fabian, Starlyn, Vance, or Exo, each hero with their own unique weapons, towers, upgrades. Engage in randomly generated worlds where no two playthroughs will ever play out the same way, collect consumables, runes, and artifacts with game-changing properties and Earn extra money and rewards from kills streaks, combos, headshots and very skillful play to upgrade your towers, weapons and more.