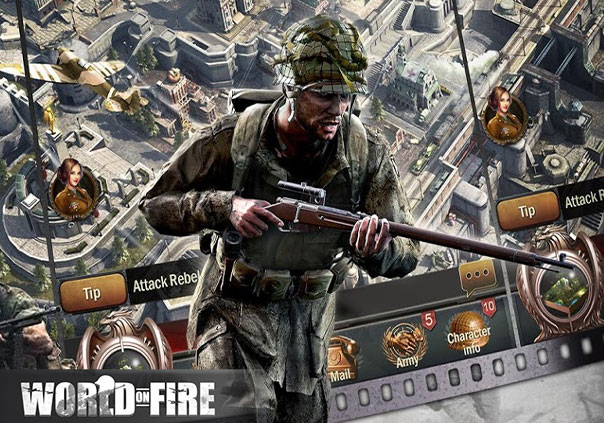 World on Fire is an SLG style strategy base building game, free to play on your Android or iOS mobile device.

In the fight for power and glory, a global war between opposing armies is ongoing with no end in sight.

With debris falling and fire blazing across the skies, a crumbling world has been left in utter ruins. But the war has only just begun.

Ruined bases to be rebuilt! Armies are waiting for your command! Lost territories to be recovered!

Form alliances with other united commanders from around the world. Research new technologies. Destroy the rebels. Exterminate your enemies. Become the new leader of the world, and lead a new era.

There is no eternal rival, only personal glory. Test your wits in war and strategy to stifle your enemies.

►Collect resources and use them to build a defensible base.