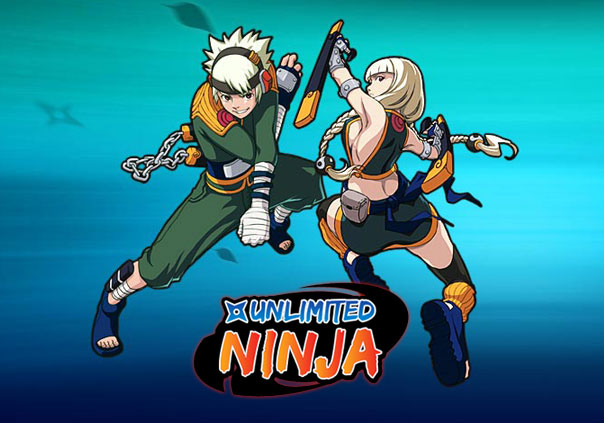 Unlimited Ninja (previously under a different name) takes you on a whirlwind journey as a custom ninja as you seek to destroy an evil empire and dozens of tough customers along the way. Can you survive in a world where death lurks in every shadow?

Build a Team: As you play through the game, you will gain the option to unlock various characters from the show. You can add these characters to your party as you attempt to find balance and build the ultimate ninja team.

PvP Arena: Test your might against other players as you pit your team against theirs to see whose tactics and luck can outmatch the other.

Choose Your Way: Players can specialize in Genjutsu, Ninjutsu, or Taijutsu to obtain different abilities and differentiate their character. Roles including Vanguard, Assaulter, and Support allow further customization.

Summon Beast: Acquire one of the tailed spirits and summon it in battle to unleash your full might.

There is finally a MMORPG that is fully focused on the story of the ninja. And as a fan, I couldn’t wait to check it out.