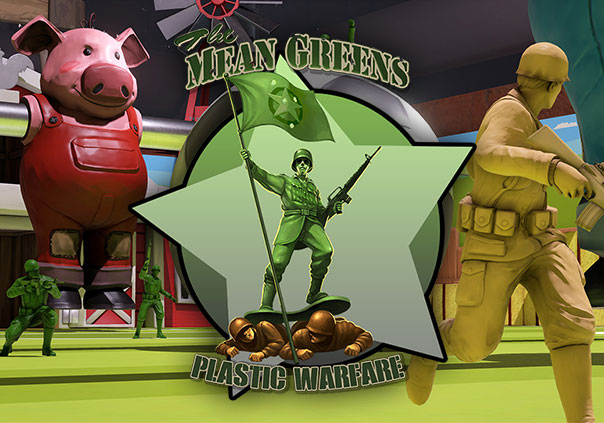 The Mean Greens – Plastic Warfare is a buy to play action shooter developed by Virtual Basement LLC for PC and is being developed for PS4 and Xbox One. It is once again time for the Greens to face off against the Tans in an epic battle so grand that…you might not even notice it. These miniature figures of army soldiers will be fighting against one another for territory in game types with different objectives. Across 10 different maps of miniature proportions teams of up to 5 different players will be able to face off against one another with rifles, rocket launchers, flamethrowers, and more! Take down your foes in a bathtub, around a birthday cake, and other entertaining scenes in The Mean Greens! 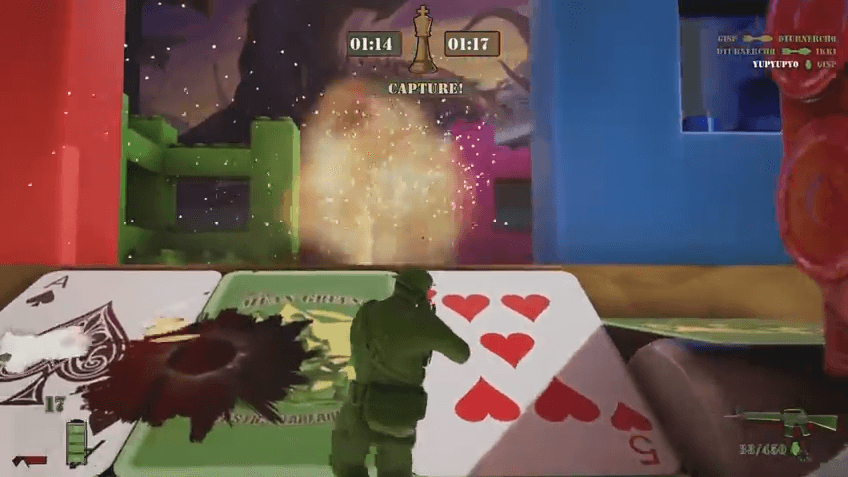