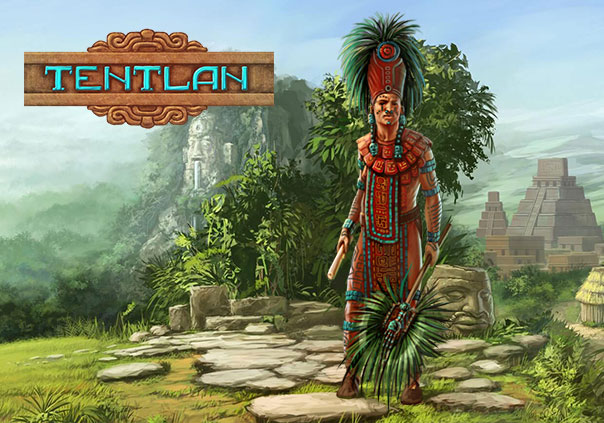 Tentlan is a browser based, 2D real time strategy game set in the era of the ancient Mayans. Players begin by building a sun temple, which is the central building of their city. Around this the player will want to create structures dedicated to gathering the resources that the game runs on; limestone, obsidian, cacao, and corn.

Players can also construct an Observatory, where the Mayans will draw inspiration from the gods and the stars in order to advance technology, giving them an edge over their adversaries, whether they be other players, or barbarians in the surrounding lands. A city’s can also join a Tribe (like a guild) to trade resources and fight enemies together.

The game does feature a cash shop which uses “turquoise” for its currency. Most items obtainable there appear to be obtainable via the “Tzolkin Wheel”, which players can earn spins on by defeating barbarians. These items also appear to be things that reduce speed of construction or increase speed of productions, excepting those that allow you to move your base. Turquoise can also be used to obtain the blessings of the gods, allowing players to receive a variety of benefits related to the purview of the deity that the blessing is purchased from.