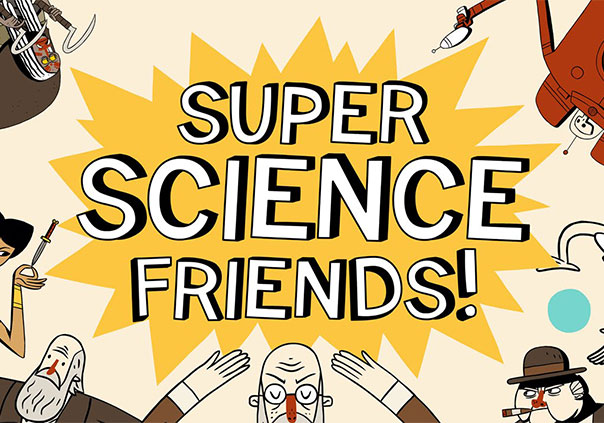 Super Science Friends: The Video Game is a 16-bit co-op beat’em’up based on the Kickstarted animated series of the same name. Play as a powered up Albert Einstein and travel through time and space to save colleagues like Nikola Tesla, Marie Curie, and Charles Darwin from dastardly bad guys.

Journey through imaginative areas like a futuristic Mars Colony or a prehistoric 10,000BC picking up food, weapons, and powerups as you kick and punch all manner of nefarious foes. And when you need a bit more firepower, unleash a wide variety of incredible abilities fueled by a multi-tiered charge meter. Build up special and effortlessly pummel goons with superhuman speed, channel lethal gamma rays to vaporize juggernautzis, or utilize the electrical output of an alternating current to fry foes big and small.

Not even the combined might of Ford, Edison, the Pope on a T-Rex, or the ultimate villain Hitler can stand against the power of science! 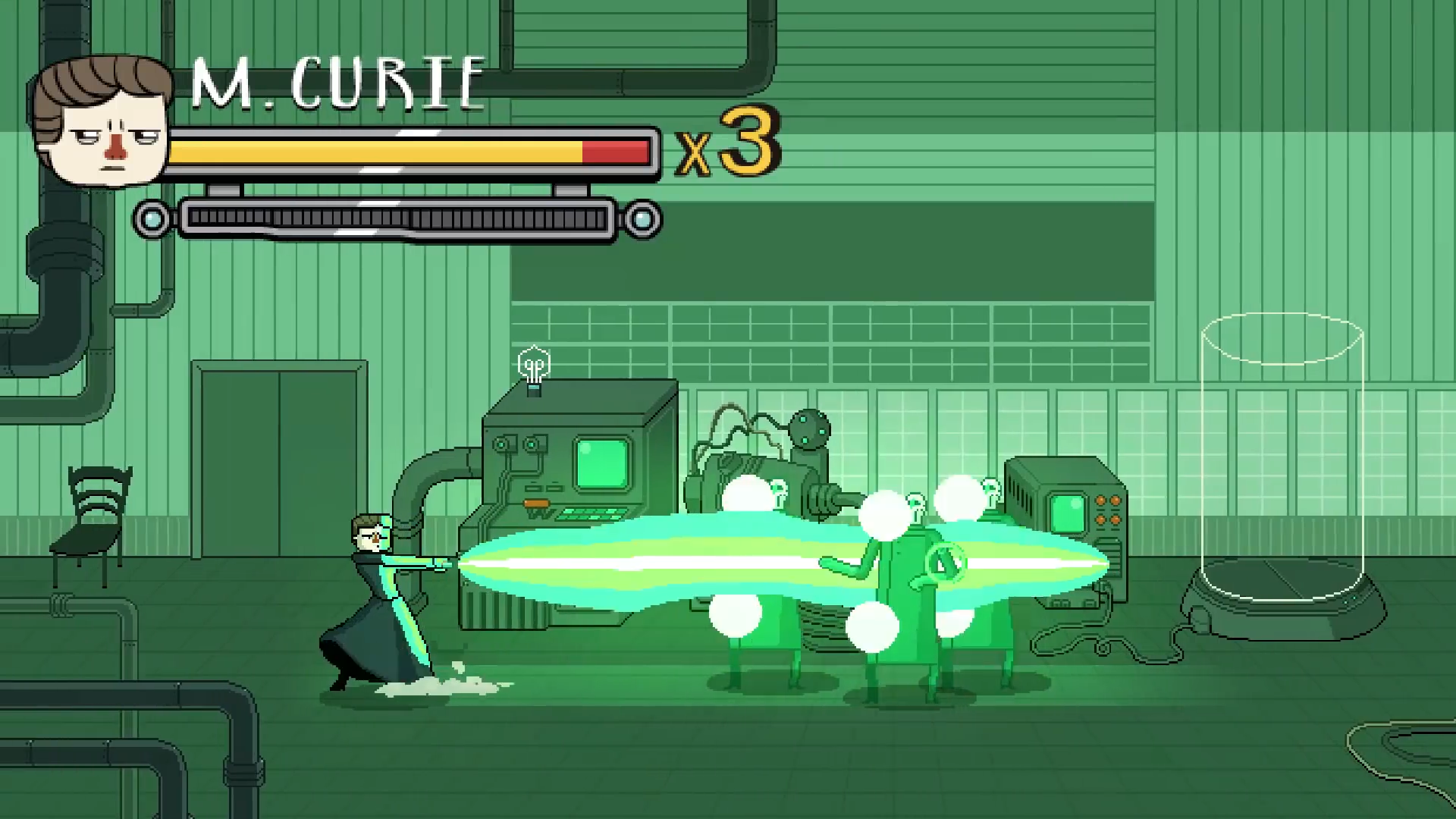