Games >
Stratus: Battle for the Sky 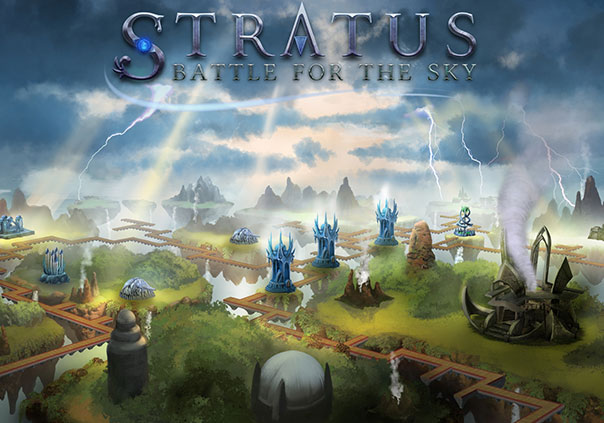 Stratus: Battle for the Sky

Stratus: Battle for the Sky is a buy-to-play fantasy RTS game developed by Storm Isle Productions for PC, Mac, and Linux and is available for purchase on Steam Early Access. In Stratus the world of Sonus is ruled by the gods of Thunder, Rain, Sun, and Wind and has been torn apart by powerful, eternal storms. Now the native inhabitants have retreated to the majestic islands floating in the sky high above the chaos below. Over time inhabitants are once again called down to the land below as the Tempests drag their islands back down during the “Times of Descent”. Once there each faction must battle to prove their worthiness to the Tempests in hopes of ascending high up into the sky to safety once more, that is before the next “Times of Descent”.

In Stratus: Battle for the Sky players must summon units to aid them in taking out their opponents’ units. Different kinds of resource generators will be available like power generators and rain collecting golems that will make it so players can summon units, but resources will need to be managed carefully to succeed.

Players will take control of a high priest of Sonus and align to one of the Tempests by constructing a temple in their honor. The faction chosen will determine unique units and defensive mechanisms that are at your disposal. A priest will act as an avatar for a player and enable them to support their units with a variety of different spells. The priest also acts as the main objective of each match where players must capture the enemy priest to submit them as an offering to their chose Tempest.

Will you lead your Tempest, and your people to victory or will your islands be sacrificed in the chaotic land below?

The game is still in a very early state, so a lot of the major mechanics have not been added yet.