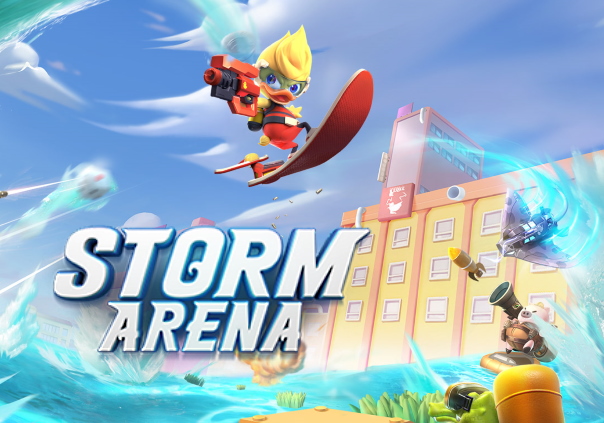 Storm Arena, by NetEase, is the perfect way to cool off on a hot day — by blasting your opponents in this aquatic themed arena shooter! Choose from one of a dozen different characters, each with their own strengths and weaknesses, and join a team for some intense 3v3 action. Storm Arena features several different game modes, so you can always find something to suit your mood.

► Plenty of characters: All with an aquatic flair. Every character has its own strengths and weaknesses, and choosing the best character to complement your team is crucial.
► Three Versus Three: Team based combat means working together! With only two others to support you, it will take serious tactics to overcome everything thrown at you.
► Four Game Modes: Turf War challenges you to keep your territory safe, while Bounty Hunter has you eliminate your opponents. Go head-to-head in Pieces of Eight, or relax with a game of soccer in Goal Attack!