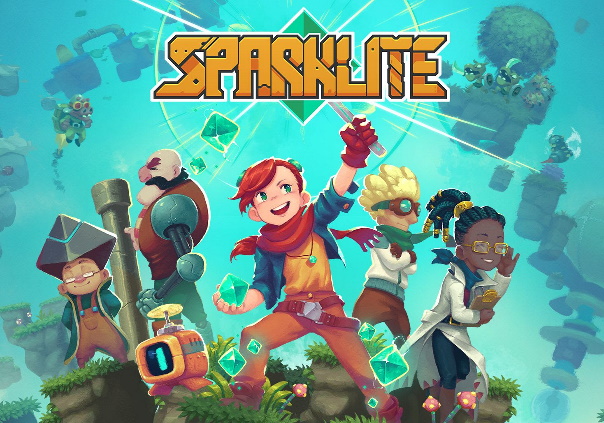 Sparklite is a top-down action RPG inspired by classics such as The Legend of Zelda. This RPG features retro-style art and a familiar gameplay style with modern mechanics.

Story:: Sparklite is set in the world of Geodia, starring the heroic Ada. These two travel the world of Geodia and are getting set for an adventure. Everything in Geodia is tied together by Sparklite, as the lifeforce of the planet. Those who are brave enough can learn to channel Sparklite for their own uses. It can either be harnessed or simply consumed for a burst of raw, unimaginable power. This method of use can have grave consequences.

A force known as “The Baron” has figured out how to mine the planets Sparklite core and has been using it to fuel his mighty technological war machines. This isn’t without consequences, because these machines create horrific pollution. Animals are turning violent, and the environment is dying. These digsites have to be taken down before it’s too late and the world is irreparably damaged.

Gamescom 2019 started this Monday, August 19, and the first day alone hit us hard with announcements and trailers for over 50 games!