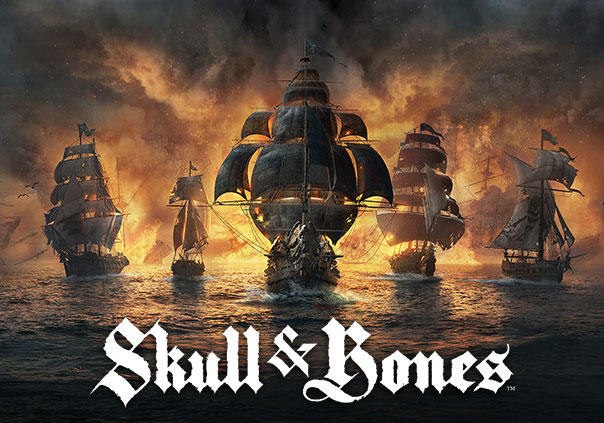 Skull and Bones is an upcoming sailing game and RPG developed by Ubisoft where players can become pirates and command their very own warship.

►Play Single player or with up to 5 of your mates in riveting seafaring combat.

►Use mortars, canons, rockets and more to fend off your enemies and ultimately sink their ships. You can even simply ram your ship into others, dealing damage in the most satisfying of ways.

►Wind positioning is an important aspect of battles. Correctly maneuvering your ship according to the direction of the wind can give you massive advantages.

►Sail your ship to the Disputed Waters, one of the most dangerous areas of the Indian Ocean for thrilling PvP matches.

►In Loot Hunt two opposing groups of players set sail to acquire the most treasure for their team. Ships in Loot Hunt can have their crow’s nests upgraded to provide them with a vantage point and spyglasses can be used as well.