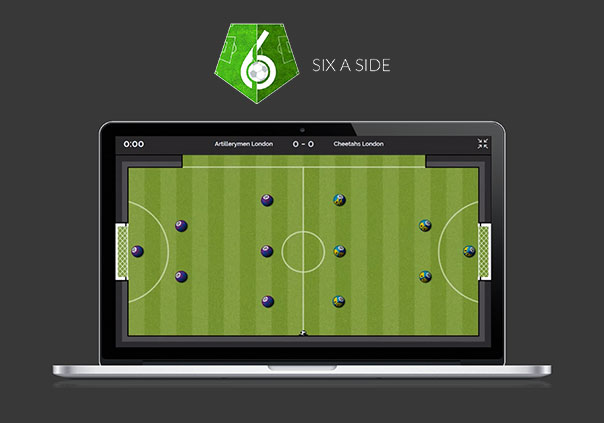 Six-a-side is a football based free-to-play browser management game with a unique 2D engine. In Six-a-side unknown creatures called Zuorghs have started to emerge. It is unclear as to where they came from. Some say that they came from outer space, whereas others wonder if they are tiny robots. No matter whatever they are it is clear that they are only interested in one thing: playing matches of football.

Zuorghs love the game, but they don’t know how to play properly. They need somebody who can help them with their tactics, teach them new skills, and help them reach their full potential as football players. That’s where you come in. With your knowledge of the game and leadership skills you can help your team of Zourghs go from mediocre football players to some of the best the world has ever seen!

Practice is great, but where you’re really going to be able to put your team’s skills to the ultimate test is on the competitive front. Take part in matches with other players and their own teams of Zourghs from all across the world. Football is as universal of a game as it gets, and so is your competition. With as little randomness as possible in every match and the inability to buy your way to success your skill as a manager is going to be what leads your team to victory, not chance. Every little decision you make can impact the flow of the game on a much greater scale so make sure you’re making the right choices for your team.

You’re going to need to pull out every trick in your playbook if you want to become the very best! Sure you might not know what the Zuorghs are, but who would you be to deny them the experience of football? Manage your team and achieve greatness in Six-a-side!