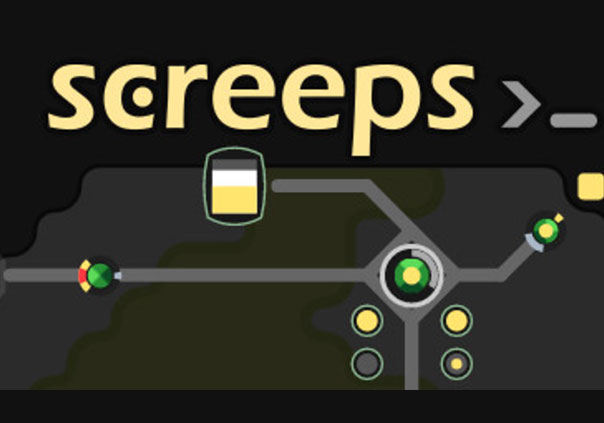 Screeps is a buy-to-play 2D strategy game developed by the similarly named Screeps and is available for purchase on Steam for PC, Mac and Linux. Screeps also allows for players to purchase a monthly subscription model that will increase their CPU resource limit in the game.

In Screeps players can learn JavaScript while putting their newfound programming skills to the test by programming the AI for their units. A player’s entire colony will be controlled by their JavaScript code and they will need to be directed to harvest resources, build units, conquer territories, and trade with other nearby colonies. As you take over more territory you’ll gain an even larger foothold in the game world, but that won’t be an easy feat with other players’ units also acting based on their programming. You’ll need to outsmart and outcode your opponents if you want to become one of the players with the biggest in-game footprint. Opponents don’t have to be found online either because singleplayer and LAN game modes are also supported.

Even when you aren’t playing your units will act based on their programming, so you’ll have to program them while keeping in mind you won’t always be at your computer to babysit them. Whether you need to go walk the dog, go to work, or make some food only good coding practices will ensure that all stays well until your return. You don’t have to write your code in the in game editor either. You are free to create your next AI masterpiece in your favorite external IDE, giving you the utmost freedom and comfort to develop how you’d like.

Screeps is filled with unique challenges for all players, no matter their JavaScript experience. Login, meet your first unit, and help it grow your artificially intelligent empire to the next level!