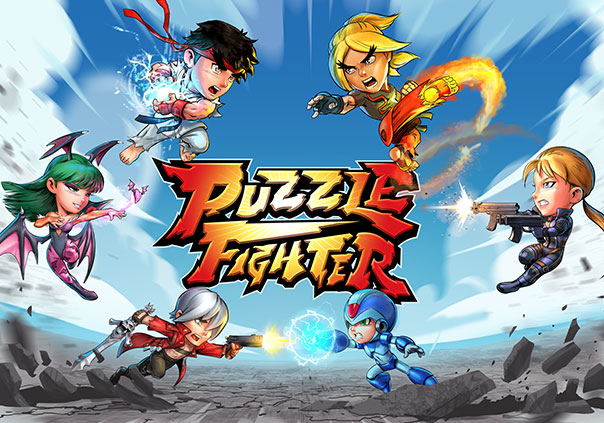 Puzzle Fighter is an upcoming free-to-play casual mobile game developed by CAPCOM where players can step into the ring with their favorite CAPCOM fighters and help them battle by completing puzzles. One main character can be chosen to fight for the player, as well as two assist characters that will enhance the abilities of your main character. Each character comes with different strengths and weaknesses that will change how you think about the puzzles you are presented with, making each match feel even more different than the last.

The gameplay of Puzzle Fighter is simple in nature, but fast paced to keep you on your toes. You will have to strategically build up gems by matching them in the puzzle frame and destroying them, then unleashing epic combos with them to knock out your opponent. You and your foe will be fighting in real-time, meaning you had better be ready to think faster than them if you want to come out on top.

Don’t think you’ll have to fight against other players either. For the more casual gamer there are many different rewarding singleplayer choices for how you play and tons of characters to enjoy! Play as Ryu, Ken, E. Honda and Chun-Li from Street Fighter, X from Mega Man, Morrigan from Darkstalkers, Frank West from Dead Rising, Mike Haggar from Final Fight,Jill from Resident Evil and more on your quest to dominate the ring.

With an expected global release in 2017 and earlier launches in a few select countries, Puzzle Fighter promises to bring your favorite CAPCOM characters with you wherever you want to go in an easy-to-play format that is perfect for mobile gaming. Make sure you’re prepared to enter the ring because once you do you might never come back!