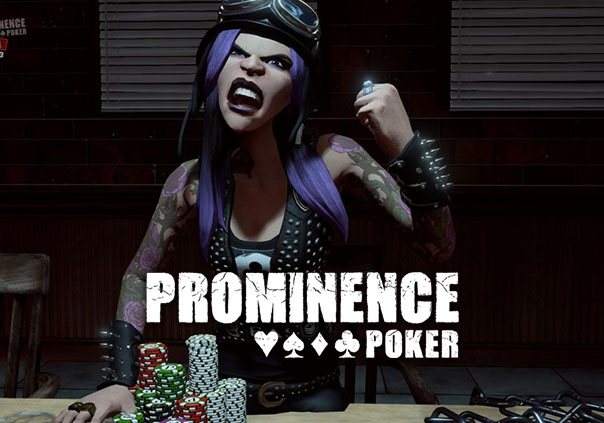 Live your life on the dangerous streets of Prominence and gamble your way to victory in Prominence Poker, a story-driven poker game created by Pipeeworks Studios and published by 505 Games.  To find more games just take a look at the link.

Built around unsuspecting and seedy locations, Prominence is a gambling utopia founded by crooked goons, as players go heads-up against four factions and play their way up in order to face against the town founder, simply known as “The Mayor”.

Customize your avatar from head-to-toe with facial, hair, body and clothing combinations to create your poker alter ego, then face-off against unscrupulous and colorful characters, build the reputation and bankroll needed to challenge each boss. Defeat each thugs and boss to earn reputation with Prominence’s colorful affiliations. When playing during a live match, players can read the strength of your opponent hand’s with subtle gestures including speed of play, frequency of card checks and more.

Does 505 Games' newest creation win big, though? Or will it simply fold under the weight of its bets?

Players enter Prominence Poker with only their wits and their poker face as they explore unsuspecting and seedy locations.

Players can now play their way to the city of Prominence on Windows PC.

Discover the new Diamonds faction in Prominence Poker, available for free on PlayStation 4, Xbox One and Steam.

Prominence Poker Launches on Xbox One

505 Games and veteran indie studio Pipeworks, are proud to announce that Prominence Poker is now available on Xbox One.