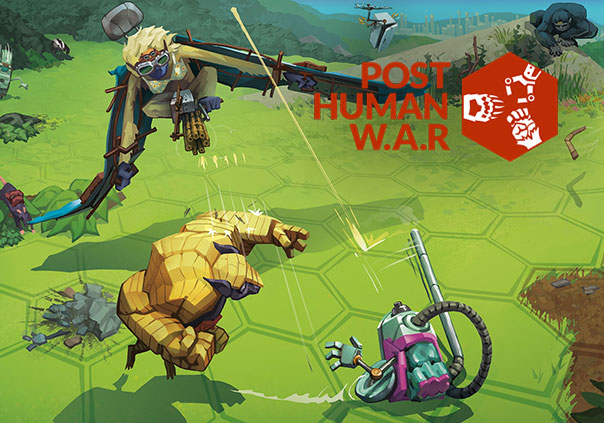 Post Human W.A.R is a turn-based psychological tactics game with no randomness and no seniority derived advantages. The only thing that matters, is your personally developed strategy.

In a post-apocalyptic society where humanity has gone extinct, the forever altered creatures left behind have gone to war amongst themselves. Compose an army of either sentient household appliances, mutated animals, or tracksuit monkeys as you both pick and protect a champion while attempting to unmask and destroy your opponent’s. It doesn’t make a difference whether your secret unit is weak or strong, flying or not, in the back on the frontlines, victory is instead derived from using tricks, bluffs, environmental altercation, and whatever other maneuvers you can formulate to survive.

Dive into a world of absurd mental gymnastics where you’ll never run out of ways to fool your solo campaign, local or online enemies with 3 unique universes, aforementioned factions, and 36 playable units. 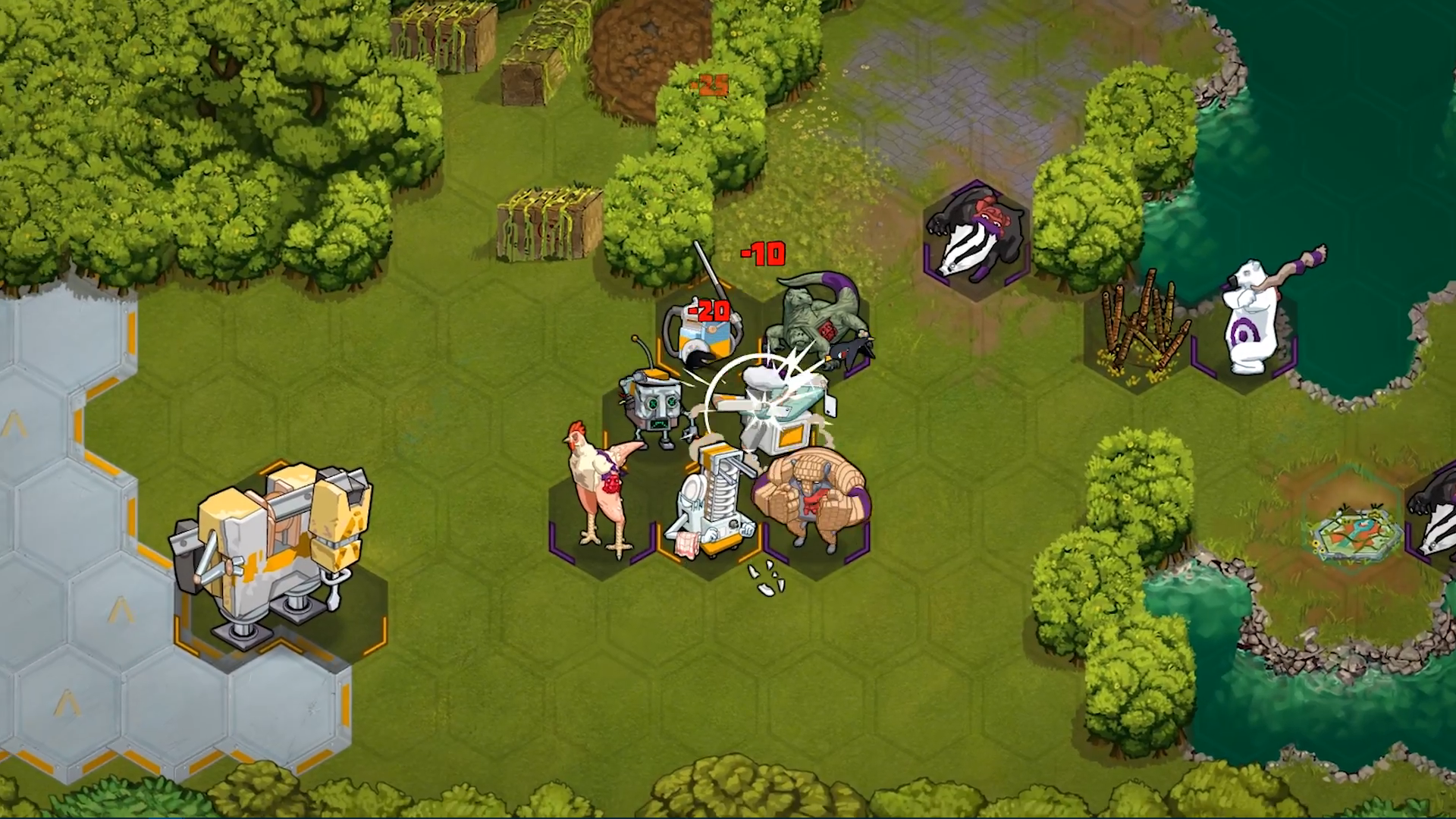