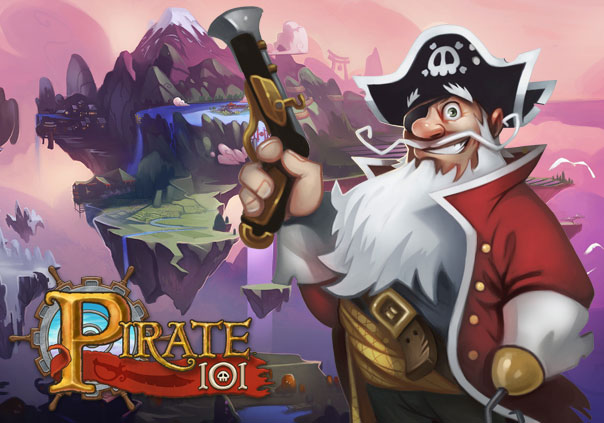 Pirate101 is a 3D MMORPG where you can create a your own pirate and take command of a grand airship and customize its cannons, sails, and more!

There are various worlds for you to travel through and each one has its own quests which will help you level up and acquire new treasures.

►Classic Tactics: Combat is waged in the style of a board game where you will need to use strategy to take down your foes.

►Battle Buddy: Companions can be found or purchased as you explore the world and they will help you in combat in various ways like healing you or giving you bonus weapon power.

►Collecting Pieces: Personalize your ships and unlock even more rewards with quest-driven play.

►Gone With the Wind: Sail into deadly combat engagements high up into the air!

Buccaneer – Can equip heavy armor and wield two handed weapons to use powerful single-target attacks.
Musketeer – Uses a musket to deal damage and can set traps.
Privateer – Can heal allies, use power up skills, and call in artillery strikes.
Swashbuckler – Dual-wields weapons and uses stealth to gain advantages on the battlefield.
Witchdoctor – A master of dark arts that can drain health from enemies and summon creatures to fight.

This is a free-to-play title with optional in-game purchases. 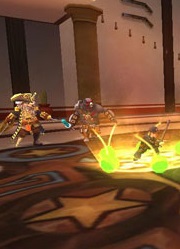 Attention, seafarers! Pirate101 has opened up its test realm with a long awaited feature: Ranked PvP!

Get your pirates ready to party in Pirate101 today as KingsIsle Entertainment breaks out the prize boxes, decorations and gift codes.

KingsIsle Entertainment has announced that beta has begun for Pirate101.