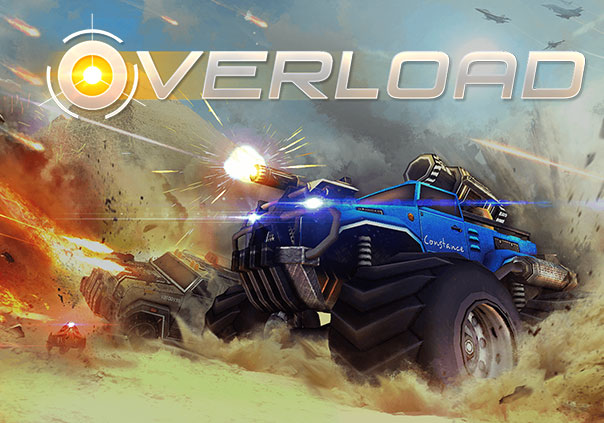 Overload is a free-to-play mobile 3D MOBA developed by Suga Studio for iOS and Android where players can battle against each other in fast-paced vehicular combat. It is the near future and the world has been plunged into chaos by the World Organization of Assassins, forcing people to participate in the deadly competition known as Overload. The competition itself is a series of battles between people driving cars equipped with lethal weapons, meaning raw carnage will be everywhere and the World Organization of Assassins will be watching from afar.

Players will be able to choose and customize their own car from 3 different car classes with a total of 10 different vehicles that have their own unique abilities and stats. Each time you level up you’ll earn skill points that can be used to upgrade your car, and skins can be unlocked to make your vehicle even more unique in the arena! When in battle you can pick up upgrades as well, arming your car with extremely dangerous weapons like homing missiles, napalm bombs, mortars, cloaking mines and more!

If you’re a fan of franchises like Twisted Metal or Vigilante 8 you’re sure to enjoy the action-packed, vehicular slaughter in Overload. Race, dodge, ambush, and blow up other players to your heart’s content!