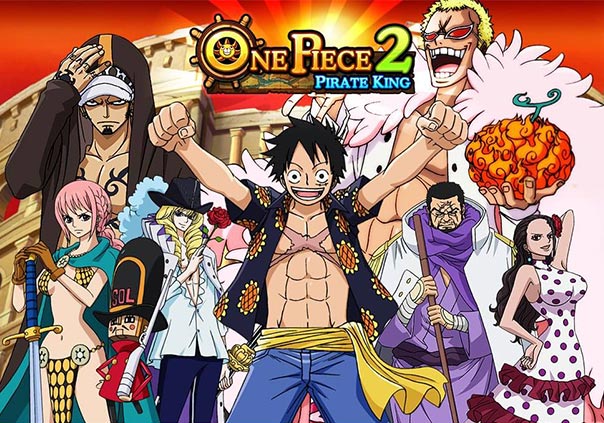 One Piece Online 2: Pirate King is a free to play turn-based MMORPG being developed by JoyGames that is based on the One Piece manga and can be played from the convenience of your browser. Players will be able to create a character from one of four different classes and join Luffy on his sea-bearing escapades. On their adventures players will come across other notable characters from the manga and use them to form the most effective pirate team possible. Various challenges like Grand Line Warfare, Pirates Trial, Pirates Battle and much more await those both hardy and skilled enough to take them on. Gain all of your pirate glory and jump right into the race to earn the title of Pirate King in One Piece Online 2.

Sailor – Specializes in dealing damage to numerous enemies at a single time while being able to provide protection to himself and allies behind him.

Dark Mage – Uses various types of elemental magic to control and damage enemies. She can also pick out enemy weaknesses and enhance her own attacks.

Doctor – Can use healing magic on crew members and poison magic to deal damage to enemies.