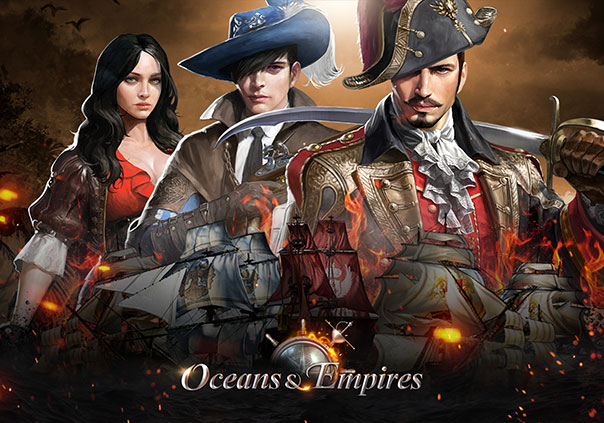 Oceans & Empires is a free-to-play mobile strategy game developed by JOYCITY for iOS and Android where players can sail the seas and battle each other to expand their empire!

You will soon find that the ocean is more vast than one would initially think. To conquer such a beast you’ll have to either create or join an already existing alliance. After all, you’ll need some friends and some extra firepower to take on the scourge of other players trying to create their own empire as well. Bring anyone who dares invade your alliance’s territory to their knees.

Taking over cities will be your main focus as they will provide you with the strategic locations and resources necessary to continue to expand. Special trade cities will also become open for war during specific time periods and will give perks to alliance members if taken over. Not all cities can be taken without hassle, and you’ll need to be ready to back up your actions with some hefty firepower to deter other alliances.

In battles you will be able to watch your ships use their immense firepower against your enemies. For players looking to learn from their mistakes there is a battle replay system so they can watch all of the consequences of their decisions unfold and modify their strategies for future engagements.

Don’t think you’ll just be another ship in the sea either! You can customize your ships’ colors and patterns to help set you apart to ensure your foes know who just wiped them out. You wouldn’t want them to forget your name, would you?

Do you have what it takes to dominate the entire ocean with your alliance? Find out on your journey in Oceans & Empires!

Oceans and Empires_Research and Train Troops