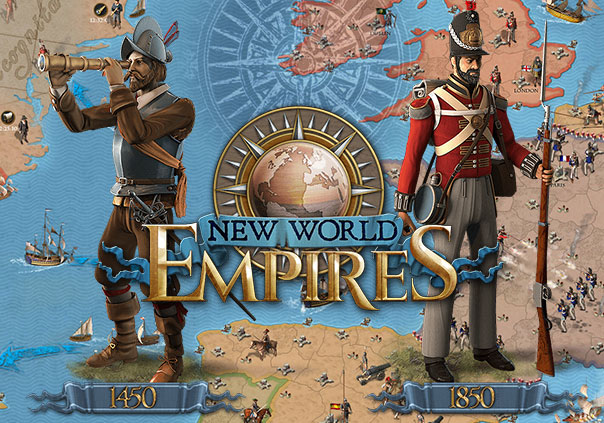 New World Empires is a free-to-play browser-based strategy game developed by Bytro Labs. In New World Empires players can control their own realm at the start of the 19th Century. The world is full of conflict, but only because of the opportunity that the new world offers. Every nation is looking to colonize their own slice of this new land, and you are no different!

New World Empires puts you in charge of your expansion and how you want it to happen. Would you like to work by yourself, becoming an isolationist and trusting no others with your resources? Perhaps you instead would like to join an Alliance to gain economic supremacy? Either way you’re sure to get in a few wars along the way! You make your own choices in how your empire expands and determine its destiny.

One thing is for certain, you’re going to need some resources to fuel your empire if you want to see it grow. This means acquiring new provinces with rich lands to gain resources, and then improving them with new structures. To create new structures you’ll have to spend some of your resources on technological research as well, so deciding between research and construction will be a key component of your gameplay strategy.

What makes your decisions even more important is that the time that becomes invested in them. Some choices can take hours, or even days depending on how intensive they are. You’ll need to plan strategies out days, sometimes weeks in advance like a true leader. You might find that initially it might take you a few days or even a week to sensibly improve the land you were given at the start of the game before you can confidently march on other lands to take them for yourself, but that just makes the fruits of your labor all the more worth it in the end!

New World Empires takes strategy to a new level with its resource management, meaningfully long action times, and lengthily planned, tactical decisions. You might think you can lead an empire, but do you truly have the brains and the patience to rise above the rest?