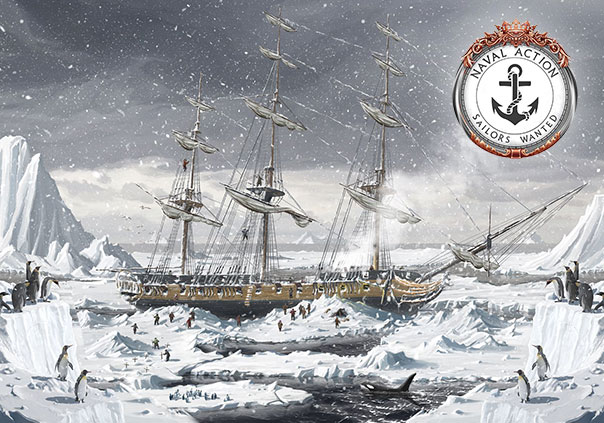 Naval Action is a buy to play 3D naval combat sailing game developed by Game-Labs for PC and is available for purchase on Steam Early Access. With exciting visuals, as well as realistic and beautifully rendered naval combat mechanics players will be able to experience the most thrilling period of naval history like never before.

The world of Naval Action is massive and has been recreated based upon 18th century maps, historical harbors, and town names and you will have to explore just like those from the past did. Your primary means of navigation will be the positioning of the sun and your compass, but landmarks will also help you figure out your position.

Your beautiful ships will be able to sail in the waters of pure physics where yard angles, ship angles to wind, fittings, ship conditions, and much more are taken into consideration when determining your ship’s current performance.

Gunnery is also historical and very realistic as far as physics are concerned. Cannonballs will be tracked mid air and after impact. A single shot could hit the stern of the ship, ricochet, hit the under carriage, and damage crew members. Ship listing and wind affects will even play a role as to how the shot carries through the air.

The way your ship receives damage takes on just as much physics and realism as any other aspect of Naval Action. Leaks, raking, fires, torn sails, and structural damage can all be inflicted upon your enemies and lead to their ultimate demise. Even armor thickness and wood types are considered when determining how much damage is done by a shot.

If you’re tired of naval games that lack realism, then look no further than Naval Action. With its realistic ship physics and beautiful visuals it will draw you in, leaving you never wanting to bring your ship to port.