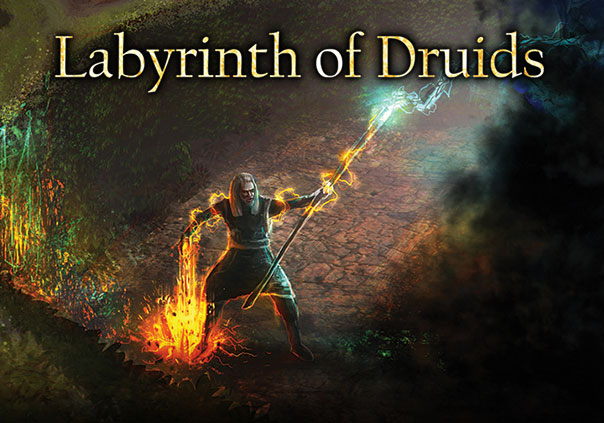 Labyrinth of Druids is a freemium 3D horror fantasy MMORPG being developed by MidDream Studios for PC. Its intended to have a working alpha version for Kickstarter backers in Winter 2017.

In an effort to bring back some difficulty to MMORPGs, Labyrinth of Druids combines a hardcore horror atmosphere with old-school MMORPG game mechanics like those of World of Warcraft all packaged together within a crazy narrative! Players will take on the role of a Druid and come to terms with their newfound magical powers as they adventure throughout the world. Everything from shape-shifting to controlling the elements can be used on your quest all the while you try to keep your sanity in a world rooted in darkness that is heavily based off of Egyptian and Celtic mythology. In particular, you will need to participate in Dark Rituals and sacrifice rare animals to earn the favor of the Gods. Upon completing such quests will be able to acquire new spells that will further your understanding of the magical arts and help you overcome even tougher obstacles that await you.

Much of the game world is open to free-fighting between the two main factions of the game, but arena battles can also be fought for the gutsiest of players. In arena battles you will wager some of your most valuable possessions. Arenas will even be attributed with a random primal element that could influence the outcome of a battle, leaving you to do nothing but prepare ahead of time for any situation.

One of the most intriguing qualities of Labyrinth of Druids is the spread of a debilitating disease between players. If you contract the disease you only have a limited amount of time to cure yourself before you become paralyzed. If this becomes the case, the only way for you to regain control of your character is if another player kills you, but even that becomes a choice. Should the other player kill you so you can respawn and they can gain honor points, or should they turn the other way and not risk contracting the disease themselves?

Labyrinth of Druids_Run On Water