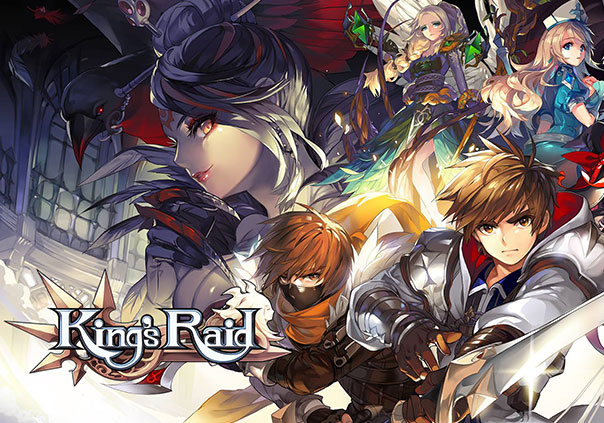 King’s Raid is a free-to-play mobile fantasy game developed by Vespa for iOS and Android. In King’s Raid a darkness is sweeping over the continent and players will need to form a team of heroes to save it from the impending doom.

Players can collect different cards that represent heroes and use them to create their team and take them into battles. In battle the heroes within the cards are summoned, coming to life on the battlefield in detailed 3D graphics! More heroes can be obtained by either purchasing a special currency with real money or by going to the Pub and using other currencies you’ve earned on your excursions to purchase them.

When you’re not busy saving the world in the main story you can fight your way through different kinds of dungeons, collecting materials along the way. Materials can be used to enhance both your items and characters, so the more you can hunt down the better! The most competitive players can try to optimize their individual characters and team formation before going into PvP battles. In PvP battles players can face off in real-time combat where they can control what skills their characters will use and when they will use them.

You’ll also want to make sure you’re making friends as you play the game. Friends can band together to take on Raid bosses that normally couldn’t be beat by a single player. You’ll certainly be rewarded for your efforts if you can manage to down one of these baddies.

Gorgeous graphics will have you eagerly awaiting your next hero to add to your party while engaging combat will have you coming back for more action. Take up arms in King’s Raid and keep the world safe from the encroaching darkness!