Killer Queen Black is a fast-paced multiplayer action platformer based on a classic arcade game. Join 3 other plucky larvae and work against a rivaling team in the effort to take one of three win conditions.

One! Go loud and bloody by exterminating the enemy queen. Two! Greedily hoard berries to survive the long winter. Or Three! Ride the slow moving snail to victory. But don’t be too harsh on him, he’s trying his best.

In addition to the various game modes and stages you’ll be able to play around with five unique weapons – including the sword, stinger, morning star, lance, and laser rifle. But don’t let the choices and hectic matches overwhelm you, it’s fairly easy to learn with a monumental amount for growth.

Funnel all that murderous rage to good use and protect your hive against rivals and invaders alike! 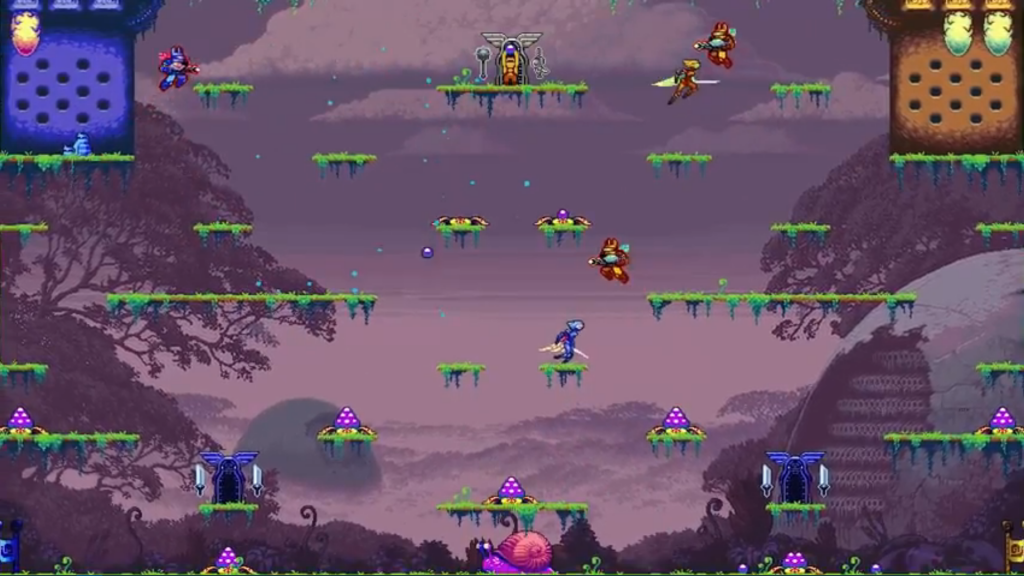