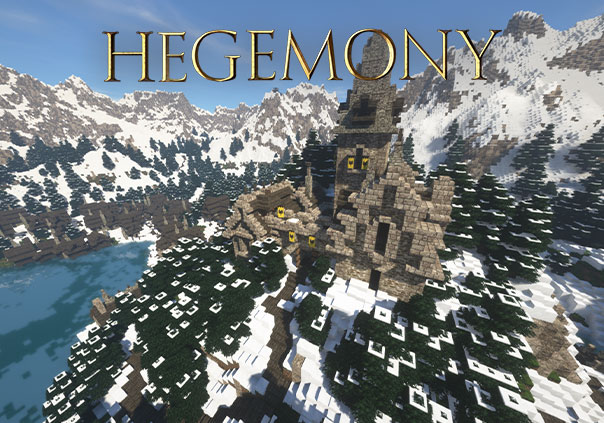 Hegemony is a classically-inspired medieval MMORPG built on an unmodded Minecraft client.

“The player is not a hero. The player is a nobody. Quests in Hegemony do not place players in a hero narrative and instead the persona of an opportunistic nobody attempting to eke out a living in the world.”

►Custom Job: Dive into the immersive items system where thousands of unique pieces of equipment can be intuitively found in-world, crafted through a recipe, or bought off the player-driven marketplace.

►Never Alone: Regularly bump into old friends and new acquaintances as you complete dozens of quests across a strongly integrated and contiguous realm.

►Train for Victory: Take up one of a handful of professions and master their equippable weapons and learnable skills in an effort to face off against epic bosses and earn their incredible loot.

►Manifest Destiny: Venture beyond the safety of local towns and villages into the sandbox-like wilderness where you can subdivide land to create a community authentically yours.

Hegemony Is an In-Development Immersive MMORPG