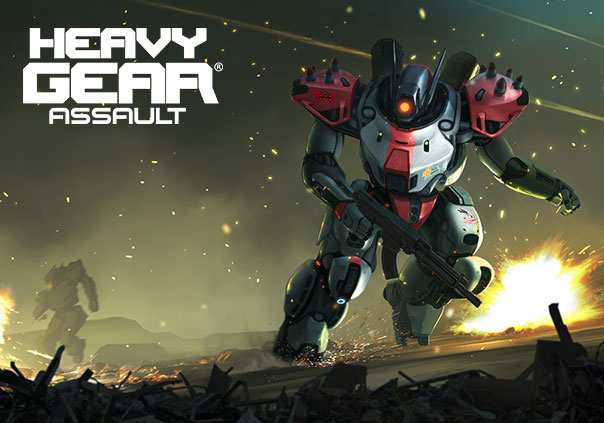 Heavy Gear Assault is a buy-to-play 3D mech shooter developed by MekTek Studios for PC and Linux and it is available for purchase on Steam Early Access. In Heavy Gear Assault players can become pilots on the distant planet of Terra Nova, fighting in a high-stakes game called Gear Dueling. There you can earn fame and fortune by fighting on the arena floor, but that doesn’t mean the danger isn’t real!

Heavy Gear Assault puts players in control of their very own multi-ton, humanoid war machines called Gears. These mechs are outfitted with the latest in technological advancements: a Rotary V Engine, a super efficient internal combustion engine, state of the art movement systems and more! Gears can be fully customized to your liking, altering how they perform in battle. They can be outfitted with different things like treads, wheels, armors, and weapons to improve your combat effectiveness and maneuverability.

In battle you’ll need to blast away at any opponents you can find, trying to lay waste to their Gear before they can do the same to yours. Gears function on both hydraulic and electric power when in combat, so you’ll need to keep an eye on how your gear is functioning and adjust its actions accordingly to keep the two levels balanced. Win your battles and you’ll find corporate sponsors clambering to support your efforts.

Whether you want to destroy your enemies with your VibroKatana blade as stealthily as possible, just blow them to smithereens with immense firepower, or something in between there is a weapon for you. Either way, make sure you do it in style since you paid for those sweet customizations after all. Create your own Gear, take it into battle, and capture all of the glory you could ever want in Heavy Gear Assault!